Accessibility links
Drugmaker Can Be Sued Over Tardy Disclosure Of Adverse Reactions : Shots - Health News The ruling could have broad ramifications for the disclosure practices of drugmakers and other corporations.

Drugmaker Can Be Sued Over Tardy Disclosure Of Adverse Reactions

Drugmaker Can Be Sued Over Tardy Disclosure Of Adverse Reactions 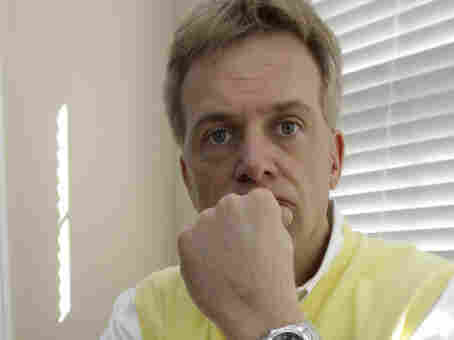 David Richardson of Greensboro, N.C., seen at his home in 2009, lost his sense of smell after using Zicam. Chuck Burton/AP hide caption 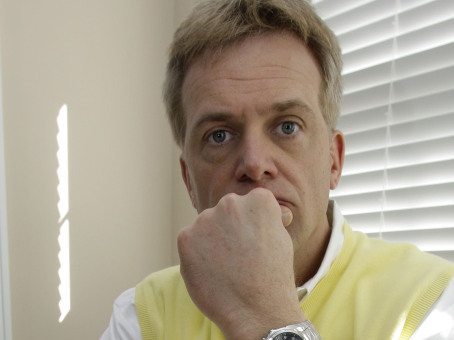 David Richardson of Greensboro, N.C., seen at his home in 2009, lost his sense of smell after using Zicam.

Let's say you run a company that makes popular cold remedies and some of your customers tell you they've lost their ability to smell after using your fine products.

Now, let's say, the products in question are the foundation of your company, which also happens to be publicly traded. At what point would you tell the world — and shareholders — about the potential problem and risk a big hit to your stock price?

Execs at Matrixx Initiatives, maker of three varieties of Zicam Cold Remedy containing zinc gluconate, allegedly took their sweet time, even as reports of problems piled up. Eventually the word got out, though. And, after Dow Jones Newswires reported about bad reactions to the homeopathic remedies in 2004, the company's stock tanked.

Shareholders were hopping mad, and they organized a class action lawsuit filed against Matrixx seeking compensation for their losses. They alleged the company had fraudulently propped up its stock price by concealing the information. Matrixx, for its part, claimed the early reports of trouble didn't reach statistical signficance, so it wasn't obligated to make them public.

The legal case made it all the way to the Supreme Court, and in 9-0 opinion Tuesday the High Court said the shareholders had standing to sue, paving the way for the case to be heard in a lower court.

As NPR's Nina Totenberg reported on Tuesday's All Things Considered, drugmakers don't have to report every adverse event, according to the opinion written by Justice Sonia Sotomayor. " 'Something more' is required, but she said there was plenty of that 'something more' in this case."

The ruling could have broad ramifications for the disclosure practices of drugmakers and other corporations.

Separately, Matrixx, now a privately held company, has been hit by suits brought by people who say they were harmed by Zicam medicines, which as homepathic remedied were lightly regulated.

As Zicam user David Richardson of Greensboro, N.C., put it to Politifact Ohio/The Cleveland Plain Dealer in 2009, "It never occurred to me they could be dangerous and there was no kind of oversight — like the FDA — that ensured there was safety."

In June 2009, the Food and Drug Administration, citing more than 130 reports of people losing their sense of smell, told consumers to stop taking three Zicam medicines. The agency also told Matrix to stop selliing the remedies because the agency had never approved them. The company defended the medicines, but complied with the FDA's request.