Accessibility links
Doctor To Teen Athletes: Skip Spanx : Shots - Health News Nerve trouble is not worth the purported gain from athletic wear that is supertight. The case of a teenage soccer player highlights the problem. 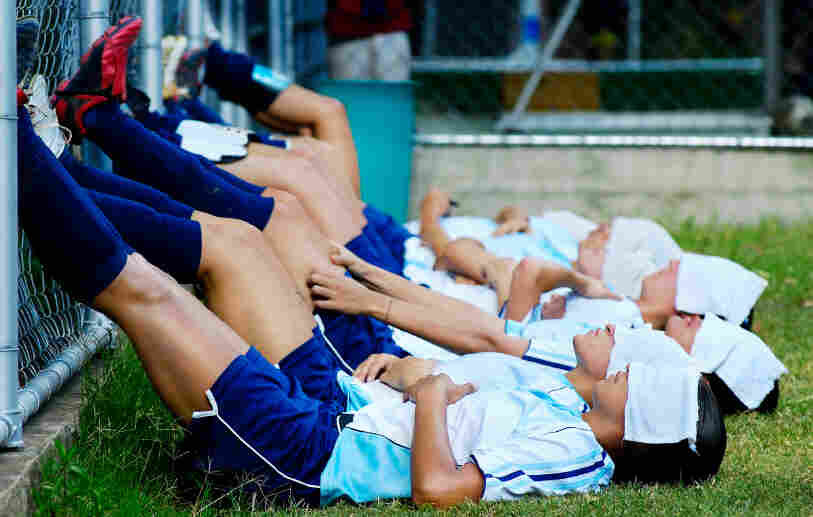 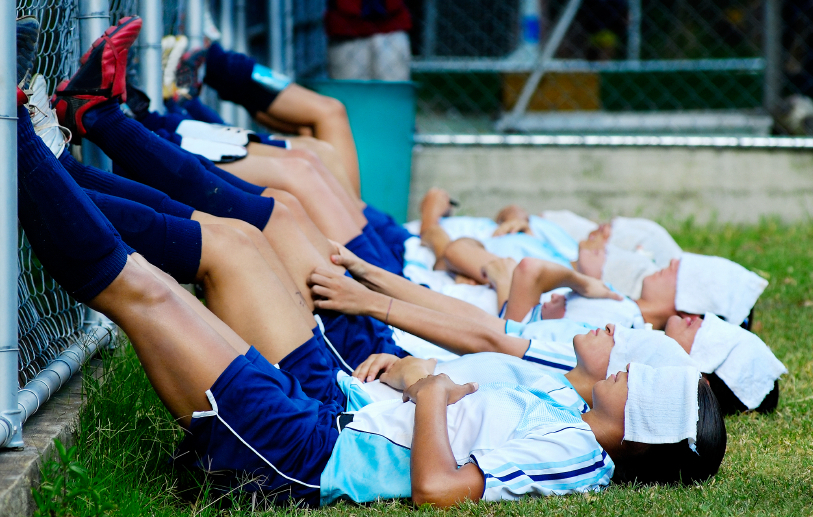 If your teenage athlete is complaining of leg pain, it may be because her Spanx are too tight.

Spanx? Yep. The startling report comes from Dr. Orly Avitzur, medical adviser to Consumer Reports on Health. She saw a 15-year-old girl last week who had been suffering numbness, pain and tingling in her thigh for several months. A worried orthopedist had sent the girl to Avitzur, a neurologist in Tarrytown, N.Y.

Avitzur knew that tight garments can cause pain and numbness in the thigh if they squeeze the lateral femoral cutaneous nerve, which runs down the abdomen just below the hipbone. The condition's called meralgia paresthetica.

And she knew that Spanx are today's wildly popular answer to the girdle of yesteryear. (Read all about the "It" undergarments in the latest New Yorker.) But she looked at the slender soccer player in front of her and thought, "I'm not going to even ask about Spanx. It seemed ludicrous to think of a young girl wearing Spanx."

Ludicrous, but right. It turned out that not only was this girl wearing Spanx under her soccer uniform, so was the entire team.

It's part of the continuing fad of tight-fitting compression garments like Under Armour, which many athletes wear on the presumption that they improve performance and reduce muscle soreness.

But there's not much evidence for that. Shots did a quick PubMed scan on sports performance and compression garments, and it looks like the benefits are largely psychological. Of course, there's nothing wrong with feeling like you can run faster and jump higher, and look cool while you're doing it. But it shouldn't send you to the neurologist.

Avitzur's patient also was suffering abdominal pain, which the doctor says could be caused by tight garments interfering with gastrointestinal motility. The docs call that "tight pants syndrome."

The doctor's advice: Lose the Spanx. Avitzur expects her patient to recover fully, but that could take weeks, or months. But she worries that the teen could have ended up having painful and expensive tests, and even needless back surgery, if the Spanx connection hadn't been made.

Shots' advice: Kids, leave the Spandex to us middle-aged women, who really need it.