Accessibility links
Marijuana May Impair Thinking While Relieving Other MS Symptoms : Shots - Health News A study of multiple sclerosis patients suggests that marijuana smoked to relieve pain may worsen cognitive impairment, a common problem for people with the illness. Researchers say the results are a cause for concern. 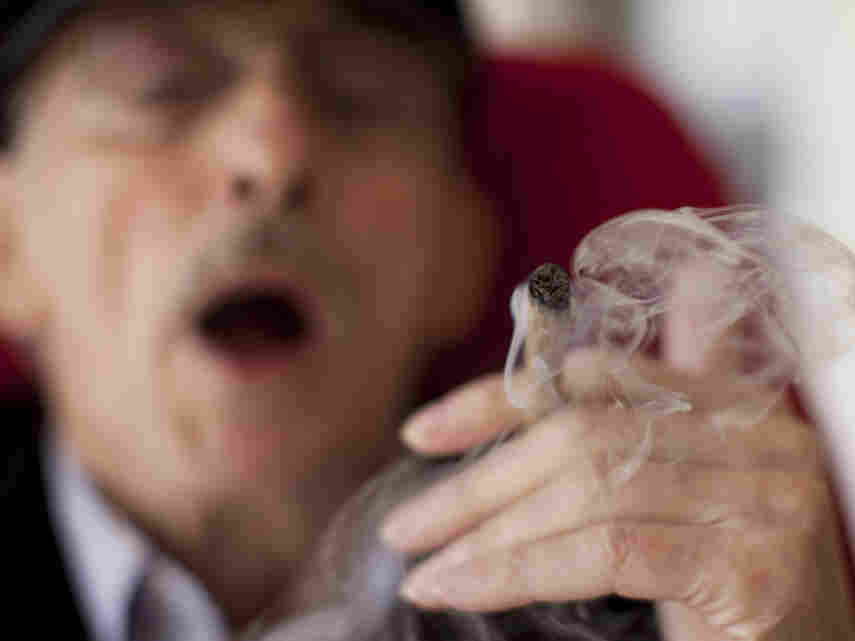 Moshe Rute smokes marijuana at the Hadarim nursing home in Kibutz Naan, Israel, in early March. The Israeli government and a private company are distributing cannabis for medicinal purposes to more than 1,800 people in Israel. Uriel Sinai/Getty Images hide caption 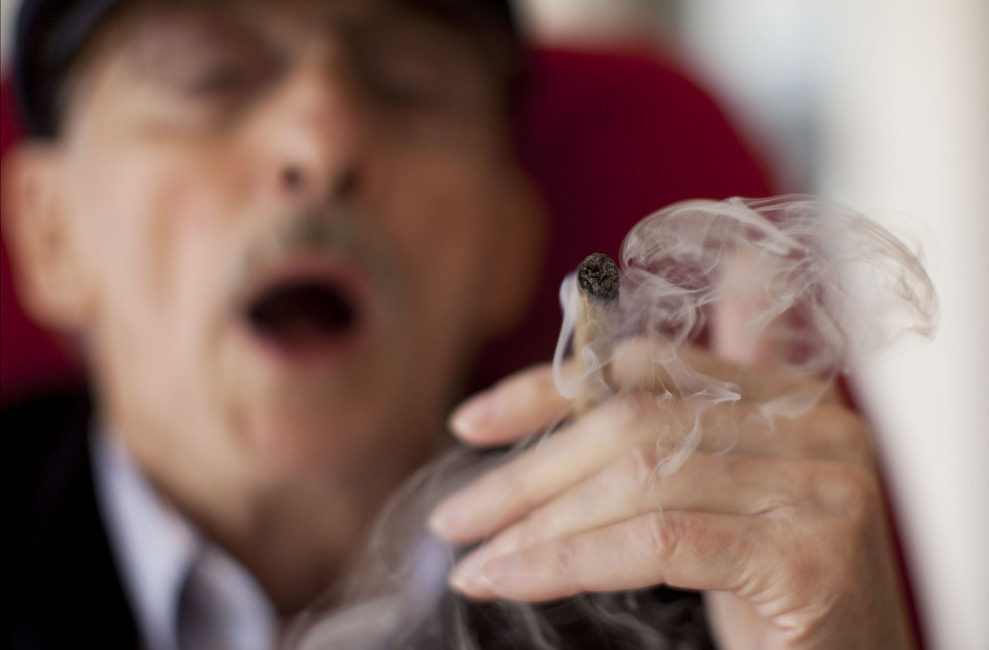 Moshe Rute smokes marijuana at the Hadarim nursing home in Kibutz Naan, Israel, in early March. The Israeli government and a private company are distributing cannabis for medicinal purposes to more than 1,800 people in Israel.

Medical marijuana gets a lot of interest as a potential natural remedy for pain and other symptoms of multiple sclerosis.

But precious little research has been done to see if pot actually helps with the symptoms of MS, which affects the brain and spinal cord.

In the meantime, some people with MS have been doing their own experiments on MS and pain relief, also known as smoking dope. About 16 percent of MS patients smoke cannabis regularly, and many say they think it helps provide relief from pain, spasticity, insomnia, bladder problems, tremors, and emotional distress.

Canadian researchers wondered how those people were doing, because one of the hallmarks of MS is increased difficulty with thinking, and pot smoking isn't known for enhancing mental acuity. So the researchers compared the cognitive function of people with MS who often smoke marijuana.

The verdict: Pot smokers fared slightly worse on tests of thinking speed, working memory, executive function, and other cognitive tasks then their non-toking peers. And they did worse overall on thinking clearly, with 64 percent doing poorly on overall cognitive perfromance, compared to 32 percent of nonsmokers. That troubled the University of Toronto researchers who write:

Given that approximately 40 percent to 60 percent of patients with MS are cognitively impaired to begin with, any drug that may add to this burden gives cause for concern.

The results appear in the current issue of the journal Neurology.

Now it must be said, this study was very small, with just 25 people in each group, so the results may not hold up in the long run. But they do suggest that people who are considering smoking marijuana for symptom relief also consider its impact on their thinking, particularly if they're suffering from a neurological disorder known to make it hard to think clearly.

The Multiple Sclerosis Society of Canada funded the work.