Accessibility links
Japan Finds More Foods Tainted By Radioactive Material : Shots - Health News This week Japan's health ministry released a list of 99 different food products that had tested positive for radioactive iodine-131 and cesium-137 in Tokyo and five other prefectures. Some of those foods might surprise you. 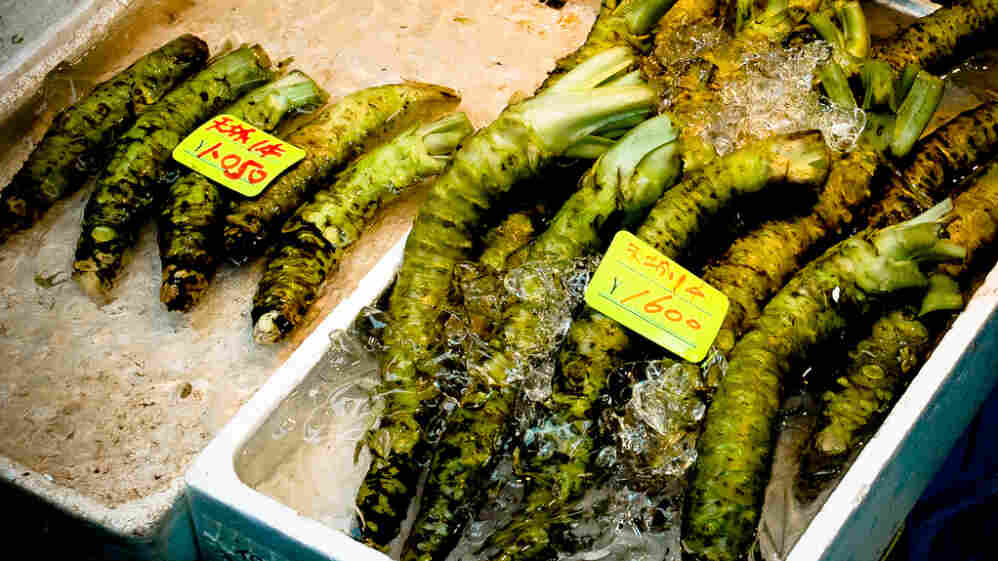 Wasabi plants, like these, in Fukushima prefecture were found to contain substantial amounts of radioactive iodine. C.K. Koay/Flickr hide caption 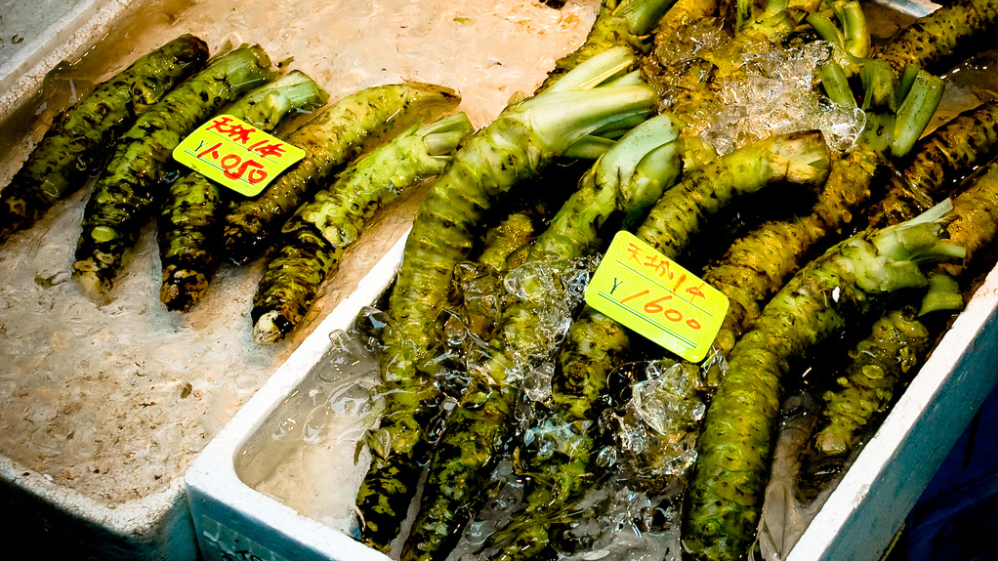 Wasabi plants, like these, in Fukushima prefecture were found to contain substantial amounts of radioactive iodine.

As more radioactive material from the Fukushima Dai-ichi nuclear power plant finds its way into the environment, Japan's health ministry is compiling a growing list of foods that have been contaminated.

First came reports of tainted milk, spinach and other leafy greens. Then on Sunday, the health ministry released a new list with a total of 99 different products that had tested positive for radioactive iodine-131 and cesium-137 in Tokyo and five other prefectures. Some of those foods might surprise you.

The allowable government limit is 2,000 becquerels per kilogram for iodine-131 and 500 Bq/kg for cesium-137. Most, but not all of, the readings showed the foods were still below the legal limit.

Wasabi (Japanese horseradish): The Japanese horseradish plant — the more expensive, local version of that mushy, fiery green blob on the corner of your sushi plate — had some of the highest reported radiation levels. The reading from Fukushima prefecture showed iodine-131 with 2500 Bq/kg and cesium-137 with 340 Bq/kg.

Cucumbers: The slender green vegetable had iodine-131 levels of 14 Bq/kg in one prefecture. No cesium data were available.

Chrysanthemum (Shungiku): The leaves of the garland chrysanthemum have a bold flavor and are eaten as a vegetable in salad. Shungiku tested in Miyagi Prefecture had iodine-131 levels of 623.9 Bq/kg and cesium-134/137 levels of 5.8 Bq/kg.

Mustard greens (Mizuna): The spiky mizuna leaf is a tasty, decorative green. Niigata Prefecture readings show levels of 100 Bq/kg for iodine-131 and 36 Bq/kg for cesium. Chiba prefecture had iodine-131 levels of 630 Bq/kg and cesium of 14.6 Bq/kg.

The U.S. Food and Drug Administration says that once iodine-131 hits levels of 170 Bq/kg in foods, the agency recommends that "protective measures" be taken so that no one receives a significant dose.

According to the FDA, all milk and milk products and vegetables and fruits produced or manufactured from the four Japanese prefectures of Fukushima, Ibaraki, Tochigi and Gunma will be detained at U.S. ports and tested for radionuclide contamination.

Radioactive iodine is short-lived, with a half-life of eight days — the length of time it takes for half of it to break down without causing harm. However, experts say infants are particularly vulnerable to the isotope, which can cause thyroid cancer.