Accessibility links
GOP Budget Plan Would Transform Medicare For People Under 55 : Shots - Health News In a plan to trim federal spending, Republicans would shift Medicare coverage to private companies. The proposal, which would apply to people under 55, would also transfer financial risks from the government to individuals.

GOP Budget Plan Would Transform Medicare For People Under 55

GOP Budget Plan Would Transform Medicare For People Under 55 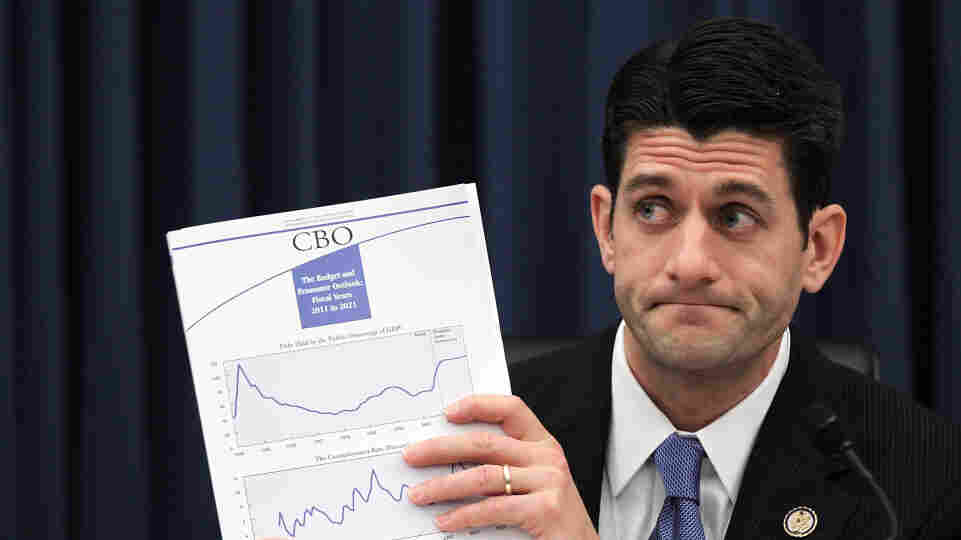 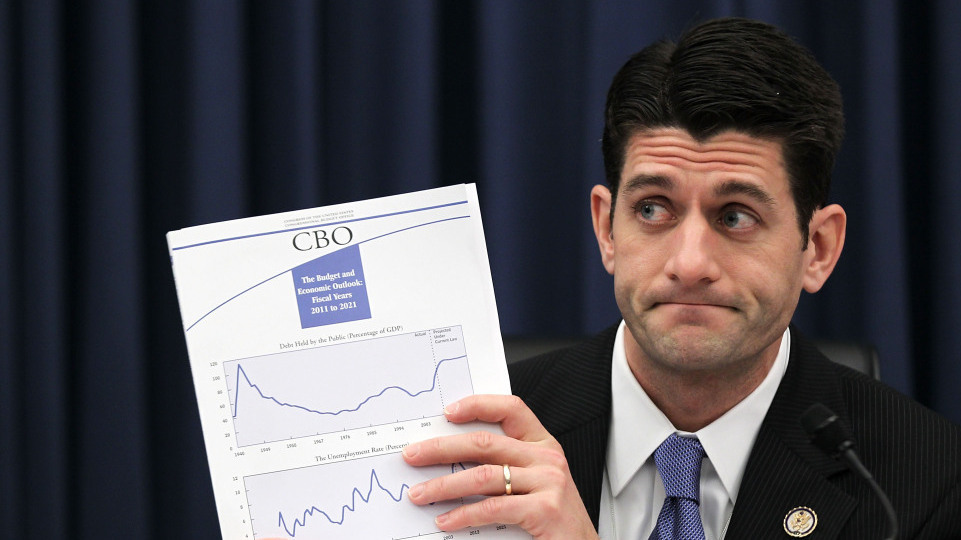 At a House Budget Committee hearing in February, Rep. Paul Ryan (R-WI) holds up a Congressional Budget Office report on the federal budget.

With the federal deficit in their sights, Republicans are preparing a budget proposal that would reportedly trim $4 trillion in government spending over the next decade.

How do they do it? Ending Medicare as we know it is a key part.

Rep. Paul Ryan (R-WI), chairman of the House Budget Committee, is the man with the plan. Details are set to be released Tuesday.

For those who are already 55 and older, there would be no change to Medicare, which covers health care for the elderly. But for everyone else, starting in 2021, the government's cost for each Medicare beneficiary would be capped (at a level equal to 2012 expenditures plus an annual adjustment, equal to per-capita growth in GDP plus 1 percent.)

And those younger people would instead look for private insurance, approved by and subsidized by the government, when they become eligible for Medicare.

Most folks call this kind of government payment a voucher. Although Ryan insisted on Fox News Sunday over the weekend it's "premium support" — not a voucher. The distinction apparently being that the government money flows directly to an insurer, not the beneficiary.

Ryan argues that competition among these insurers will drive down prices. That's debatable, since Medicare already has very low overhead, and doesn't have to turn a profit. But while the cost to seniors may not shrink, the cost to the government will grow more slowly than under the existing program.

The Ryan plan for Medicare has been kicking around for a while. Last year, the Congressional Budget Office did a quick analysis of the proposal and summed it up this way:

In other words, the risks for future spending increases get shifted to beneficiaries from the federal budget.

Likewise with Medicaid, the federal government's open-ended payments would be replaced by block grants to the states, with payments capped at 2012 levels plus the same annual adjustment, equal to per-capita GDP growth plus 1 percent (and an adjustment for any changes in Medicaid-eligible population).

Again, the government's costs would grow more slowly than they would under the current system, but unless overall health care costs also adjust, the costs would merely be shifted.

The Ryan plan reviewed by CBO last year would also make some other changes: