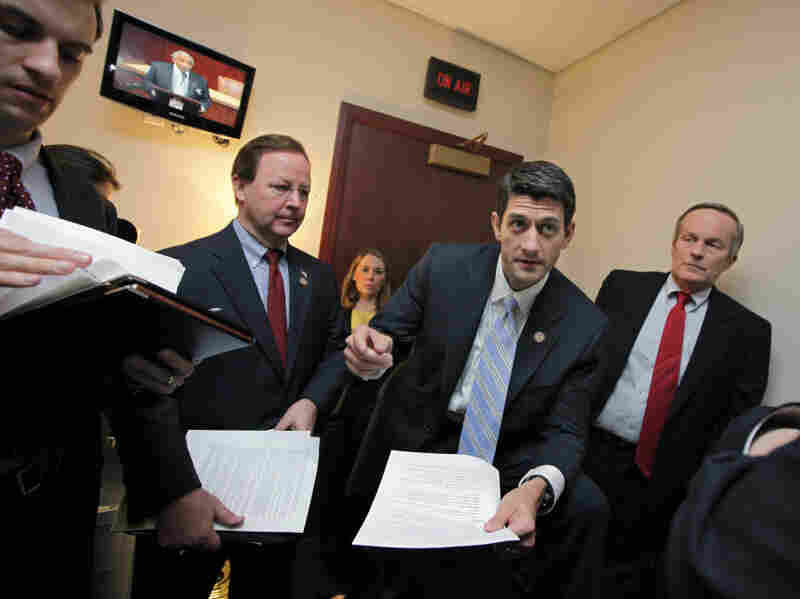 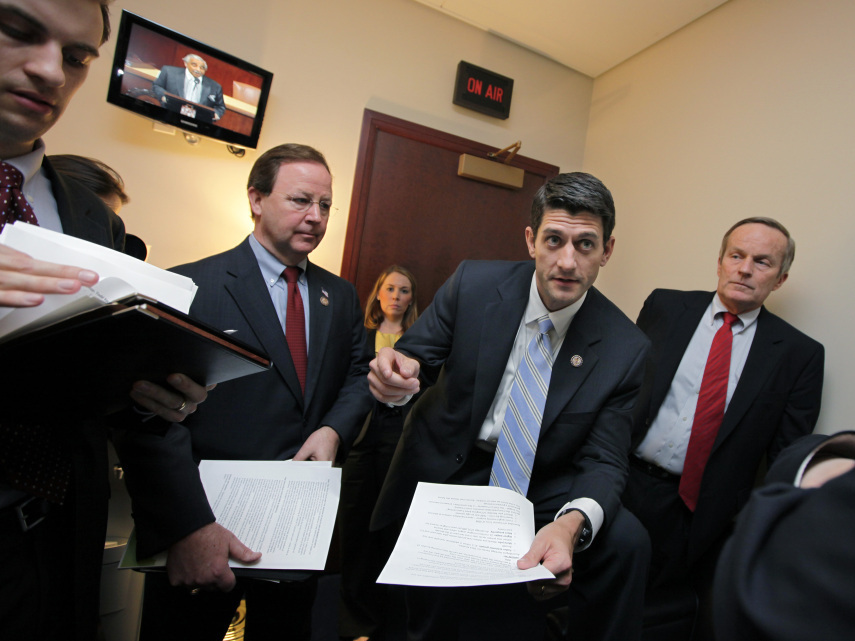 Remember all those allegations from Republicans that the Affordable Care Act would inevitably lead to health care rationing? It turns out the same might be true of the House GOP budget plan for Medicare.

At least that's the conclusion of the Congressional Budget Office.

Buried deep in the analysis of the proposal offered Tuesday by Budget Committee Chairman Paul Ryan (R-Wis.), the CBO suggested that moving Medicare beneficiaries from public to private insurance could actually end up slowing the introduction of new and potentially life-saving medical technology.

That's exactly the concern that led dozens of Republicans to oppose the president's health law before it passed.

The key problem, according to CBO, is that private insurance is, well, likely to be more expensive than insurance that's run by the government, competition notwithstanding. "Under the proposal, most elderly people would pay more for their health care than they would pay under the current Medicare system," the CBO said.

And because those seniors would be paying more, those private plans would be looking for ways to bring health spending down. That is, after all, the reason behind the entire enterprise: To bend the health care cost curve.

The CBO acknowledges that private health insurance plans would have cost-reduction tools available that government-run Medicare does not — things like limiting benefits, changing co-payment amounts, managing how patients use services, and controlling which doctors and hospitals are in their networks.

"(S)uch steps could serve as alternatives to limiting payments to providers in restraining health care costs and insurance premiums," the report says.

But at the same time, it warns, the higher payments could affect care. Beneficiaries might be less likely to use "new, costly, but possibly beneficial, technologies and techniques" than they do under current law.

In other words, exactly the sort of rationing that so frightened Republicans when they were fighting the health law — the health law that Ryan's proposal would repeal, by the way.

Only goes to show that what goes around, comes around. At least when you're dealing with the CBO.