Accessibility links
FDA Holds Off On Warnings For ADHD Medicines : Shots - Health News Data from a huge federally sponsored analysis of health records are finally in, and the Food and Drug Administration isn't recommending any changes in safety instructions for medicines to treat attention deficit/hyperactivity disorder.

FDA Holds Off On New Heart Warnings For ADHD Medicines

FDA Holds Off On New Heart Warnings For ADHD Medicines 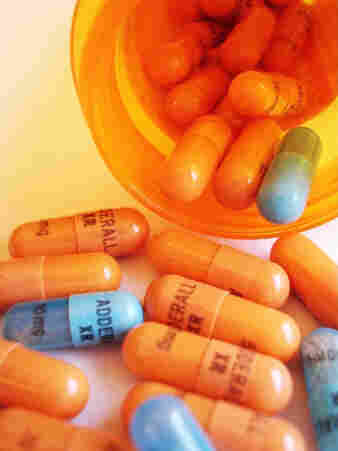 The FDA has been looking at heart risks from Adderall and other drugs for ADHD. hipsxxhearts/Flickr hide caption 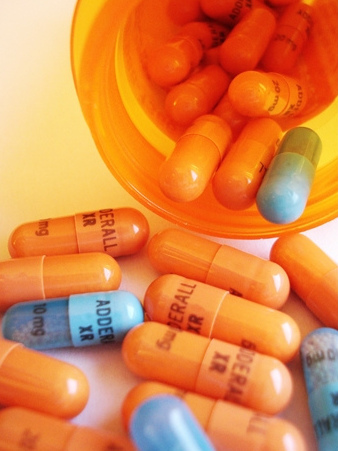 The FDA has been looking at heart risks from Adderall and other drugs for ADHD.

Steady as you go on ADHD medicines.

The Food and Drug Administration has finally received data from a massive analysis of health records to tease out whether there is a link between normal use of ADHD medicines and potentially lethal heart problems. And, for now, the FDA says it's not recommending any changes in safety instruction or use of such popular meds as Vyvanse and Adderall.

The agency has been looking at a possible link between the drugs for attention deficit/hyperactivity disorder and sudden cardiac death in otherwise healthy people since 2009, when a federally funded study suggested there might be one.

The study that sparked concern compared ADHD drug use among 564 young people (ages 7 to 19) who died suddenly from unexplained causes with an identical number killed in car crashes. Ten of the young people who died suddenly were taking ADHD meds compared with just two in the group who died in accidents. Those results were published in the American Journal of Psychiatry.

The agency noted a bunch of limitations with the research at the time and told parents not to stop kids' ADHD meds. Still, the agency said it would look into the issue.

In search of a more definitive answer, the FDA and the federal Agency for Healthcare Research and Quality teamed up to sponsor a look at health data for more than 500,000 people taking ADHD meds and 1 million people who weren't. Analysts also planned to pore over about 2,000 medical charts from hundreds of different hospitals.

The work took a lot longer than expected. So the preliminary findings, originally due in late 2009, have finally rolled in. The FDA has started reviewing them and doesn't seem worried. In a brief update online, the agency said:

At this time, FDA is not recommending any changes to the drug labels and/or the use of these medications.

FDA will update the public after the results of the final analyses are evaluated.

The current instructions for ADHD drugs, which are stimulants, say that misusing them "may cause sudden death and serious cardiovascular adverse events."