Accessibility links
Qnexa Helps People Lose Weight : Shots - Health News Nearly half of people taking the highest dose of the drug lost 10 percent or more of their weight over a year. Only 7 percent of people taking a dummy pill lost that much. 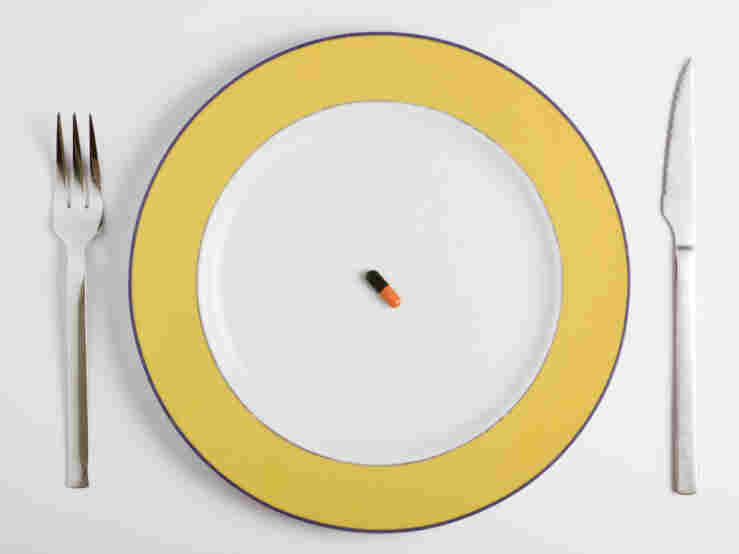 It may be a while before there's a new pill approved to help people lose weight. Luis Pedrosa/iStockphoto.com hide caption 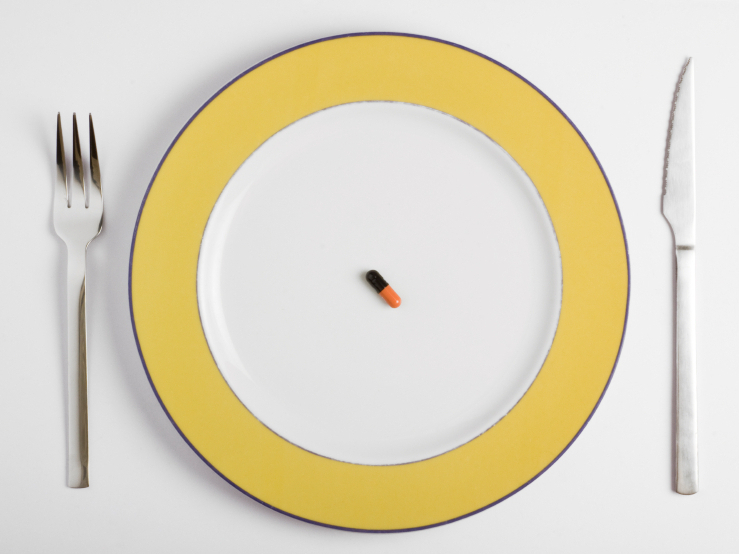 It may be a while before there's a new pill approved to help people lose weight.

Since last year when the Food and Drug Administration shot down three experimental medicines to help people lose weight, the field has been in the doldrums.

Today, though, there's some fresh information out for Vivus, maker of Qnexa, a pill that combines appetite-suppressant phentermine and topirimate, an epilepsy medicine that, as a side effect, seems to help people shed weight.

The FDA told Vivus last October that it wants a lot more information about Qnexa, including some new studies, before even thinking about approving it.

The latest data aren't completely new and don't resolve FDA's concerns. They come from a study, whose results were already shown to the FDA, that lasted more than a year. It's just that results were finally published in the Lancet. They show 48 percent of people taking the highest dose of the drug medicine lost 10 percent or more of their weight. Only 7 percent of people taking a placebo lost that much.

The average weight of people at the start of the study was 227 pounds. Patients in both groups also got advice about how to eat better and adjust their lifestyles to lose weight. One goal was to knock 500 calories a day from the food consumed.

Beyond the weight loss, there were improvements for people taking the weight-loss drug on some important health measures, including blood pressure, blood sugar and cholesterol.

There were side effects, of course, with the most common being dry mouth, numbness and tingling, and constipation.

The medicines inside Qnexa have been sold separately for years, so the major side effects are fairly well understood.

But the Food and Drug Administration has been concerned, apparently, about the potential for birth defects among women of childbearing age taking Qnexa. Seventy percent of the people in the latest study were women. The average ages was 51.

The Los Angeles Times' Booster Shots blog cautioned that nobody should get too "carried away" by the latest bit of news on Qnexa. The FDA already knew about much of the information in the latest study and wasn't won over by it when viewed in the context of the full package of information submitted by Vivus.

Drugmaker Vivus funded the research, as you might have guessed. The news helped lift the company's stock a little. Shares were up about nearly 3 percent in late afternoon trading.