Accessibility links
New Moms And Dads Need To Eat Better, Exercise More : Shots - Health News A persnickety analysis of the eating and exercise habits moms and dads with young found they exercised less than similar people without kids. The moms also ate quite a bit more junky stuff and consumed more calories than women without kids. 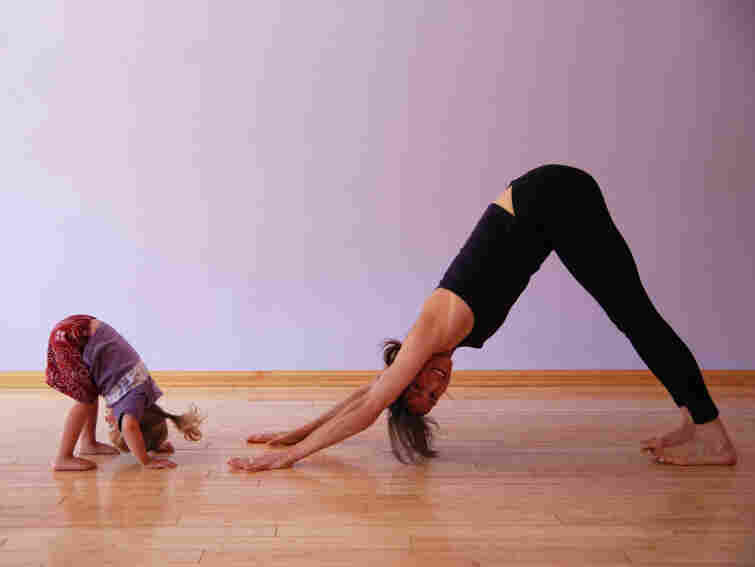 Moms might want to try a little more of this, with or without the kids. iStockphoto.com hide caption 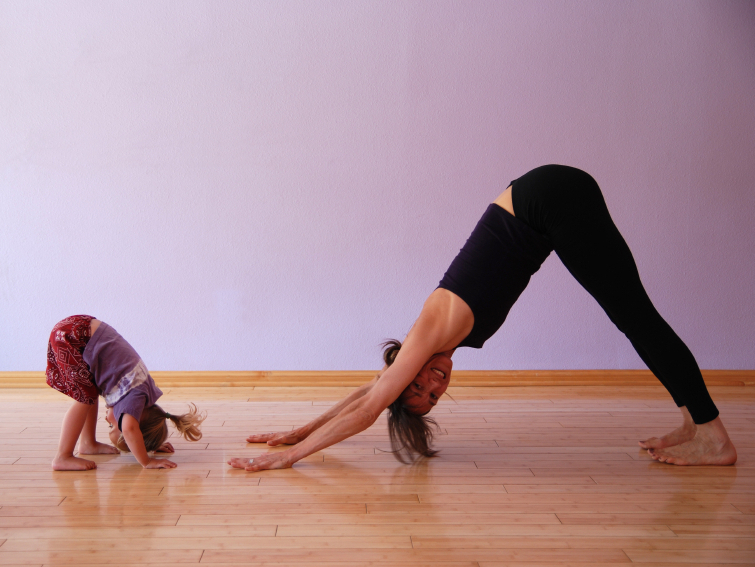 Moms might want to try a little more of this, with or without the kids.

People with young kids may feel like parenthood is giving them a real workout, but the data suggest otherwise.

A persnickety analysis of the eating and exercise habits of more than 1,500 young adults found moms and dads with kids 5 and younger exercised less than similar people without kids. The average age of the people in the study was 25.

Moms were more likely to weigh more than similar women without kids. That's not exactly a shocker, I guess. There was no difference in the body mass indexes for men with kids and those without. My own experiments (n=1) had a different result on that score, I have to confess.

When it comes to chowing down, the moms consumed significantly more sugary drinks and saturated fat than the non-moms. Overall, the moms in the study consumed an average of 2,360 calories compared with 1,992 calories for the similar women without kids.

On the exercise front, the moms got quite a bit less moderate-to-vigorous physical activity (MVPA): 2.36 hours a week vs. 3.19 for the non-moms. Dads, too, appeared to slow down, with 5.33 hours of MVPA each week compared with 6.89 for the childless men.

The University of Minnesota researchers conclude that "parenthood may be contributing to poorer dietary intake and higher BMI" in young moms. Both moms and dads appear to exercise less, too. The results of the research were just published online by the medical journal Pediatrics.

The study authors conclude that pediatricians should talk with new parents about eating better and not neglecting exercise after kids come along. The researchers figure the poor habits could become entrenched. And getting parents to do a better job is important because their habits can affect those of their children.