Accessibility links
Community Gardening Gets A New Purpose At Health Clinic : Shots - Health News Children help grow fruits and vegetables outside a California health clinic where they are patients. Once harvested, the kids get to eat the fruit of labor, with tips on preparation from weekly cooking demonstrations. The project is part of the clinic's work to combat childhood obesity. 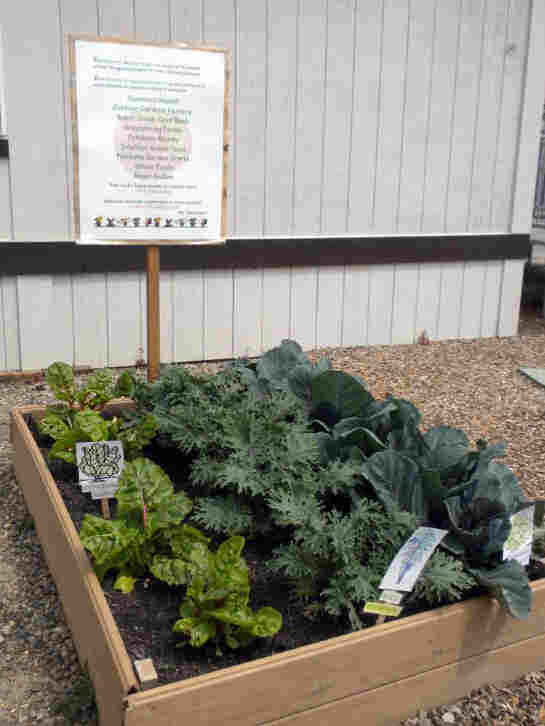 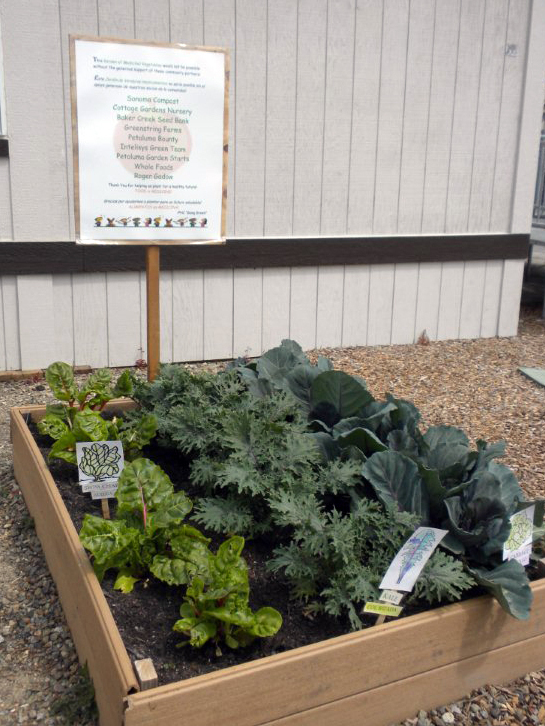 Gardening for health in Petaluma, Calif.

It doesn't look like a doctor's office, but the patch of ground in front of the Petaluma Health Center in Sonoma County, Calif., is an important part of the center's efforts to combat obesity in kids.

About a dozen children who are patients at the center help plant, water, weed and harvest kale, spinach, Swiss chard, bok choy, strawberries and other produce in three raised beds in front of the community health center. Once harvested, the kids get to eat the fruits and vegetables of their labor, with tips on preparation from weekly cooking demonstrations.

It's all part of the Petaluma Loves Active Youth program for the center's children, 35 percent of whom are obese. In addition to the gardening and cooking demos, the weekly meetings at the center also teach healthy eating habits and have a movement component to get the kids exercising.

Noting that Latino children are among those most affected by diabetes and obesity, Dr. Fasih Hameed, one of the family physicians at the center, says the program teaches the kids that "you can reverse this trend."

Community health centers nationwide provide primary care services to 20 million mostly low-income and uninsured people. People with incomes up to 200 percent of the federal poverty level ($44,700 for a family of four in 2011) pay on a sliding scale; those with higher incomes pay the full cost of care. Thanks to $2 billion in stimulus funds and $11 billion that the centers will receive under the health reform law, community health centers will double the number of people they serve by 2015.

Individual centers like Petaluma often work on tackling specific health problems in their communities, like childhood obesity. "In traditional community health centers, diet and exercise sometimes gets pushed to the bottom of the agenda because people are dealing with the onslaught of acute problems and chronic disease," Hameed says.

By educating and teaching their youngest patients about healthy habits now, Petaluma and other centers hope to head off problems down the road.