Accessibility links
Latest Smelly Johnson & Johnson Recall: Topamax : Shots - Health News A chemical from wooden shipping pallets is believed to have tainted 57,000 bottles of Topamax, a medicine for epilepsy and migraines. Johnson & Johnson says the contaminant does not present a health hazard but can be offensive. 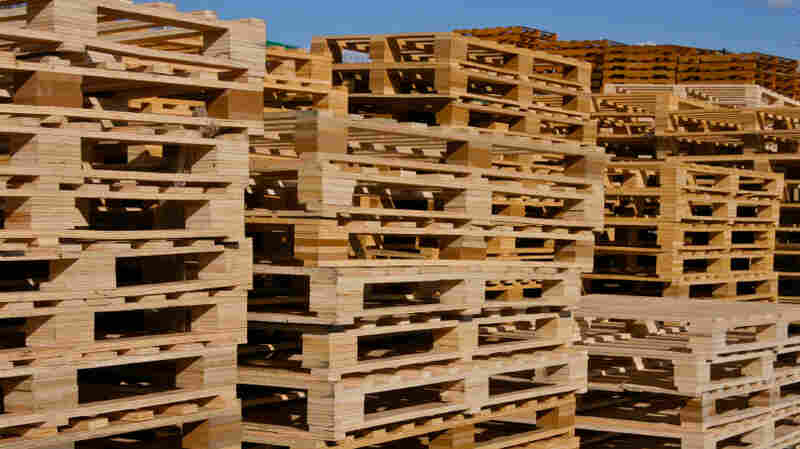 Wooden pallets like these appear to be the source of an offensive odor on a Johnson & Johnson medicine. iStockphoto.com hide caption 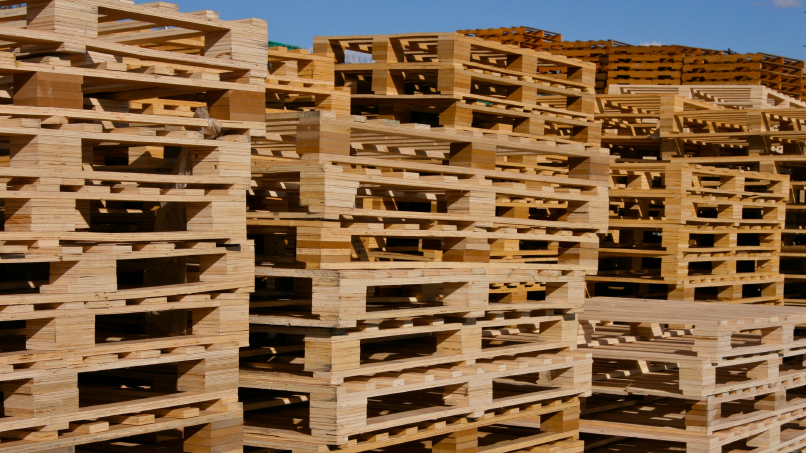 Wooden pallets like these appear to be the source of an offensive odor on a Johnson & Johnson medicine.

Time for yet another Johnson & Johnson recall.

The maker of health products ranging from Band-Aids to knee implants is recalling two lots of Topamax, a medicine prescribed for epilepsy and migraines. By the company's count, about 57,000 bottles of 100 milligram tablets are affected. (Details here.)

The problem? Four people have complained about a strange odor coming from the medicines. J&J believes the cause may be traces of a chemical calld TBA (or, for the organic chemisty geeks out there: 2,4,6 tribromoanisole).

If that sounds familiar, it's either because you spent a lot of time in the lab or you remember that the company's longstanding quality problems started to become apparent back in 2009 when it recalled some batches of Tylenol and other over-the-counter medicines because of a musty odor eventually traced to TBA.

The same issue later led to a slew of recalls of other products, including some varietes of Benadryl and Motrin.

How does something stinky like that get into medicines? Well, when certain chemicals used to preserve wood in shipping pallets break down, TBA can be created. It's so smelly that even minuscule amounts can taint food, wine or medicines.

In early 2010, J&J forbade its suppliers from using chemically-treated wooden shipping pallets to avoid problems like this. The company is investigating the current problem to pin down its source.

TBA isn't considered toxic, J&J said, but it's offensive and can cause stomach upset.

Last month, the company entered into a consent decree with the federal government over persistent quality problems at several factories.