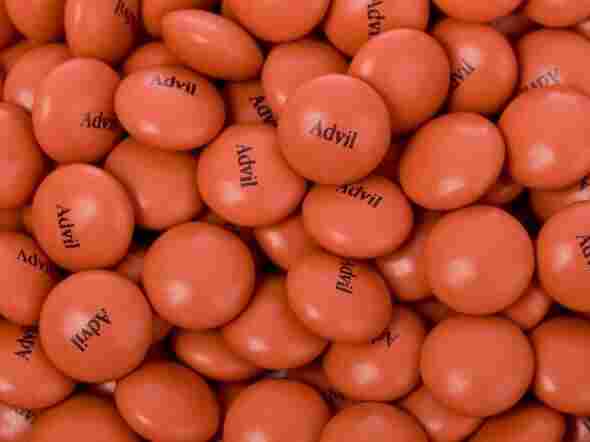 Feeling depressed? It might be the Advil. Lisa Thornberg/iStockphoto.com hide caption 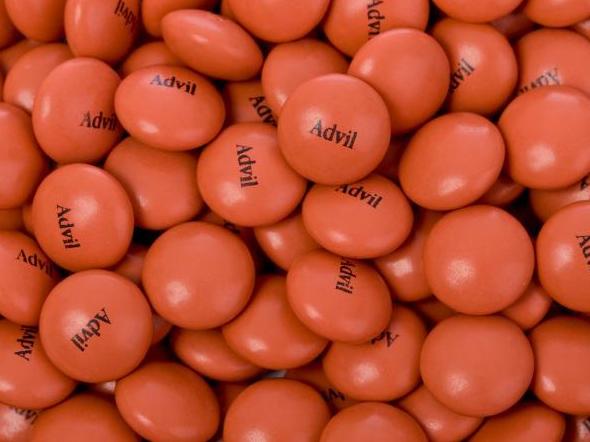 Painkillers like Motrin may interfere with antidepressant medications, making it less likely that someone taking both will get relief from depression.

That's the news from researchers who have been exploring how SSRI antidepressants work in the brain. They were surprised to find that taking common painkillers blunted their effect. Their findings, published today in the Proceedings of the National Academy of Sciences, could have implications for the millions of people who take antidepressants. They found that 40 percent of people responded to the antidepressant when they were taking both drugs, compared to 55 percent with antidepressants alone.

Even though antidepressants like Celexa, Paxil, and Prozac are among the most popular prescription drugs in the United States, with 254 million prescriptions written in 2010, they don't work for many people. These selective serotonin reuptake inhibitors, or SSRIs, work by increasing the amount of the neurotransmitter serotonin in the brain.

Nonsteroidal anti-inflammatory drugs (NSAIDs) like ibuprofen and naproxen are widely used as painkillers for anything from headaches to arthritis, so if avoiding NSAIDs could improve the effectiveness of the antidepressants, that could potentially make the SSRIs far more useful.

Researchers Jennifer Warner-Schmidt and Paul Greengard at The Rockefeller University in New York first tested the interaction of SSRIs and NSAIDs in mice. The mice responded less well to the antidepressants when they also were given NSAIDs. The researchers also found that mice dosed with the anti-inflammatories had less P11 in their brain. That's a protein involved in depression, and one that helps antidepressants work.

They then looked to see if humans taking SSRIs were affected the same way. To do that, they used data from the STAR*D study of antidepresseants, which followed more than 4,000 people over seven years – the largest study of SSRI antidepressants in the United States. That's where they found that people taking NSAIDS responded less well to the antidepressants.

This is just one study, and the interaction between the two drugs needs to be tested with clinical trials that would follow patients taking both drugs, rather than looking back at research already done, Warner-Schmidt told Shots.

But patients and doctors should be aware of the fact that this could be a problem, Greengard says, because they do have options. Other forms of antidepressants, like tricyclics, probably don't have the same problem, Greengard says. Or people might rethink taking NSAIDs. "A lot of people are popping ibuprofen for very minor reasons," he said. "We hope this will lead to an increased number of people being able to be treated successfully with SSRIs."