Accessibility links
Banishing Wrinkles With Botox May Make You Miss Others' Emotions : Shots - Health News That Botox-smoothed brow may make it harder for someone to empathize with other people's feelings. That's because we tend to mirror each others' expressions while talking. And it may be the muscles of the face that help us key into those emotions.

Banishing Wrinkles With Botox May Make You Miss Others' Emotions

Banishing Wrinkles With Botox May Make You Miss Others' Emotions 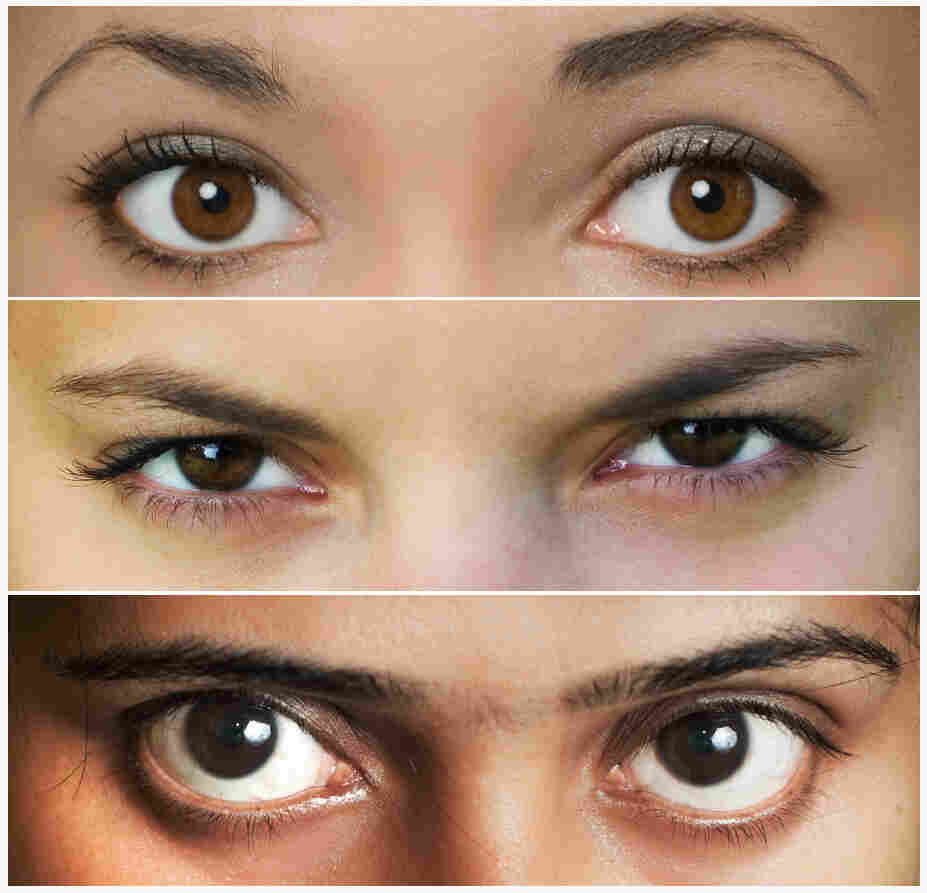 If you can't wrinkle your brow, you might not know how I'm feeling. iStockphoto.com hide caption

A few well-placed Botox injections can erase your hard-won character lines. But that may also make you less likely to pick up on other people's emotions.

That's because the botulinum toxin, which reduces wrinkles by temporarily paralyzing small muscles in the face, can make it hard to furrow the brow or make other expressions that convey emotion. And our own facial expressions, researchers now show, may be essential to recognizing the feelings of others.

This unexpected Botox effect is a fascinating window on how we understand what other people are feeling. A good part of that process requires unconscious mimicry of the other person's facial expression.

Think about it. Don't you often smile when someone smiles at you? Put on a worried or dismayed face when a friend looks troubled? Tear up when someone else cries?

Neal and Chartrand say the subtle contraction of our facial muscles when we mirror a friend's happiness or woe generates a feedback signal to our brains. Those incoming signals from facial nerves help the brain interpret how the other person is feeling.

It's all part of neuroscientists' recent focus on so-called "mirror neurons" – the brain cells that give us the power to empathize (to "feel with") someone else.

It's not easy to prove the existence of what psychologists call "embodied cognition" – the idea that the body influences the mind as well as the other way around.

Botox gave the researchers the opportunity to dampen the neural feedback from study subjects' facial muscles without introducing any drugs to the brain (Botox injected into the face does not get into the brain), or asking them to make a conscious effort to remain expressionless.

In one experiment, the researchers recruited 31 women who were already having either Botox treatments or injections of a dermal filler, which plumps up wrinkles but doesn't paralyze muscles. After the treatment, the women were shown a series of images that showed people's eyes embodying different emotional states. Study subjects were asked to judge, as quickly as possible, what emotion the eyes conveyed.

The Botox patients scored significantly worse than those who got a dermal filler. That meant the Botox patients' ability to make fast judgments about another person's emotions was blunted. (The Botox didn't eliminate their ability to judge emotion. They still were about 70 percent accurate.)

Neal and Chartrand then tested the opposite of the Botox effect. That is, they looked at how people judged emotive expressions when the feedback from their own facial muscles was amplified, rather than damped-down.

To do this, they painted one of those face-mask gels on subjects' temples and foreheads. When the gel dried and tightened, it provided resistance to subjects' facial muscles whenever they smiled, frowned or furrowed their brows. That amplified the neural feedback from muscles to brain.

Sure enough, people wearing the gel masks did better in judging other people's expressions than controls, who had the gel painted on their forearms. But when the researchers played audio clips of people expressing different emotions in their voices, there was no difference. That meant the improved performance was due to muscle mimicry, not just any emotive input.

The cognitive implications go well beyond Botox users. But the findings do make Neal and Chartrand wonder if prolonged use of Botox would hobble people's ability to perceive others' emotions and give others empathetic facial feedback.

"Mimicry promotes liking and emotional sharing," the researchers say, "and may contribute to long-term relationship satisfaction."

Having a Botox mask may undermine those bonds.