Accessibility links
New Clues To Why Gastric Bypass Surgery Cures Type 2 Diabetes : Shots - Health News Gastric bypass surgery cures type 2 diabetes in up to 80 percent of patients. Now scientists are beginning to figure out why. And weight loss may be the least of it. 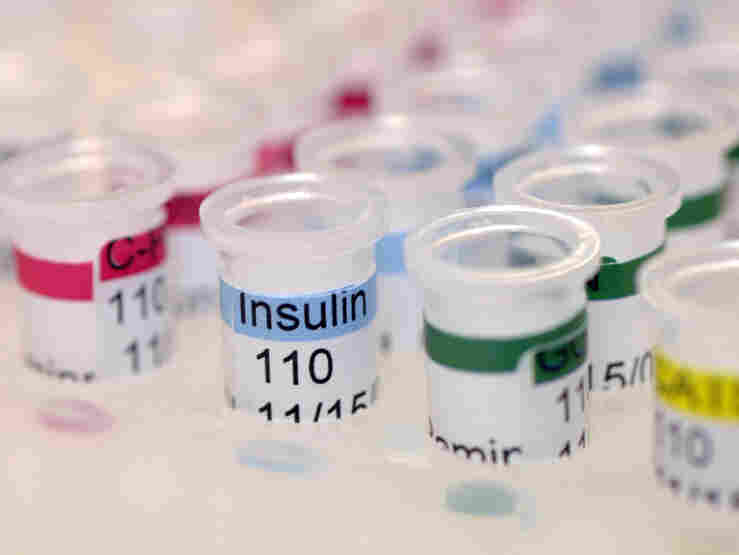 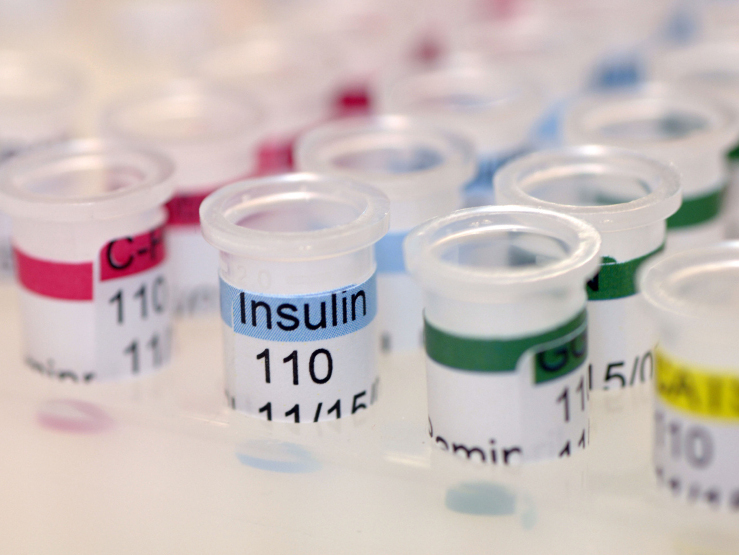 Gastric bypass surgery is great for curing type 2 diabetes. It works for up to 80 percent of patients. Now scientists are beginning to figure out why. And weight loss may be the least of it.

It turns out that bypass surgery dramatically reduces the amino acids circulating in the blood – in particular, a type called branched-chain amino acids, which make up 40 percent of these nutrients in our diet. That's from a study published today in Science Translational Medicine.

Somehow this drop in amino acids (the building blocks of proteins) improves the body's response to insulin. That's the main problem in type 2 diabetes – a lack of insulin sensitivity.

Or maybe whatever produces the fall in amino acids also makes cells more sensitive to insulin. However it works, the remarkable effect is that it normalizes blood sugar, correcting the diabetes.

The finding helps explain why patients' blood sugar levels improve after gastric bypass surgery even before they've lost much weight. That puzzlement is one of the things that pushed scientists down this road.

If scientists can figure out the mechanism, it might lead to completely different and possibly much more effective ways to attack type 2 diabetes. Or it could at least lead to testing to help determine when a person is heading toward the disease long before blood sugar becomes elevated. Type 2 diabetes afflicts n estimated 26 million Americans and counting. Currently, most patients are treated with drugs that have only limited effectiveness.

The new study found that patients who had gastric bypass surgery had much lower levels of amino acids in their blood than others who lost an equal amount of weight without surgery.

That was true whether the patients were diabetic or not before the surgery.

The project involved relatively few patients – 21 in New York, 12 in North Carolina. But the results dovetail with a number of other recent studies in humans and animals that have tried to puzzle out the metabolic "signature" of type 2 diabetes.

For instance, last month other researchers reported in Nature Medicine that people with higher levels of branched-chain amino acid in their blood were much more likely to develop diabetes years later.

Other studies have shown that certain hormones produced in the stomach increase after gastric bypass surgery, but not after people lose an equal amount of weight by dieting. These hormones regulate such things as when a person feels satisfied after eating and how much insulin is secreted following a meal.

Earlier the Duke group had shown that branched-chain amino acids and their metabolic byproducts are linked to insulin resistance in humans.

Clearly, scientists are only beginning to understand how amino acids get elevated in patients who are at risk of developing diabetes. It could be a genetic predisposition. It could be diet or even the mix of bacteria that some people have in their gut. Or a combination of the above.

However the story unfolds, it's an interesting case of a surgical operation pointing the way to a molecular explanation.