Accessibility links
USDA Encourages Schools To Partner With Local Farms : Shots - Health News Getting schools to partner with local farms and food producers is a good first step to improving nutrition, says food activist Alice Waters. But just offering the food doesn't guarantee that kids will eat it, she says. 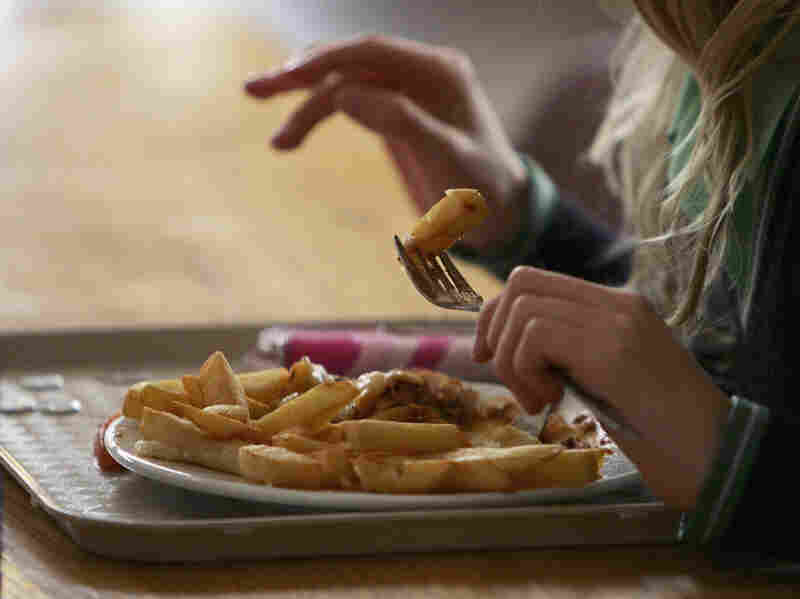 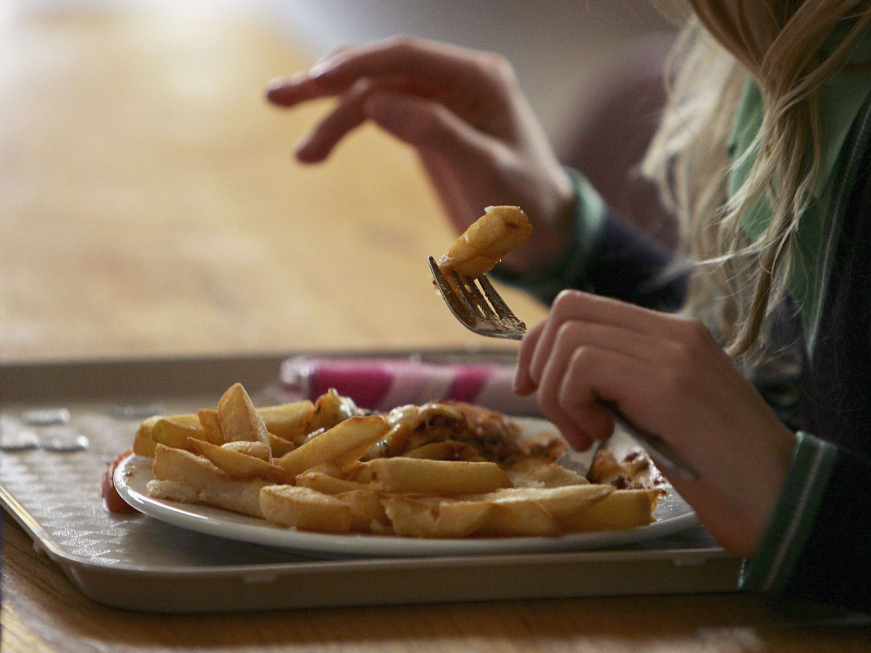 The U.S. Department of Agriculture just announced a new rule to encourage schools to partner with nearby farms as a way to get more healthy, locally-grown fruits, veggies, and more into school lunches.

Agriculture Under Secretary Kevin Concannon says the rule is "an important milestone that will help ensure that our children have access to fresh produce and other agricultural products."

But access to healthy food doesn't help much if kids won't eat it, warned Alice Waters, the chef-owner of Chez Panisse in Berkeley, CA, and the founder of the Edible Schoolyard program.

The "buy local" rule is just one part of the massive Healthy, Hunger Free Kids Act President Obama signed into law last December. That bill is about the biggest thing to happen to school meals since the microwave.

It sets new nutrition standards and bans whole milk. It boosts funding for meal programs by about 6 cents a meal - a hard won provision in a long battle where food stamps lost out. And it's controversial, garnering over 130,000 public comments so far.

Per Wednesday's announcement, the law encourages schools to bring in more "unprocessed locally grown and locally raised agricultural products" by allowing schools to give local providers preference when they bid for school food contracts.

By "unprocessed" the department means it's fine to chill, freeze, peel, slice, cold pasteurize, butcher, or dehydrate the food. But cooking it or adding a bunch of preservatives is not encouraged.

The definition of "local" seems a bit more flexible.

But it's all just one tiny step on the road to addressing obesity and poor nutrition, said Waters at the Atlantic Food Summit in Washington, DC yesterday.

"We should certainly try to improve diets by make school lunches more nutritious and by getting the vending machines out of the hallways," Waters said. "But we can't be sure that kids are even eating — let alone understanding — what nourishment is all about. Kids are wary of unfamiliar foods, besides they can always buy packaged junk before and after school."

Waters says schools need to offer credit for edible education the way they do for phys ed, science and math. They need mandatory lunch programs, like the one in Chicago that grabbed headlines a few weeks ago. The more kids know about food and the more they have a hand in growing or preparing or serving it, the more likely they are to eat it, she says.

There are some pilot programs and funding available for these programs in the new law, but nowhere near enough, Waters says.

(More research is needed on this growing concept, for sure, but I can tell you, growing kale with a kid at my house is no guarantee it gets eaten by said kid.)

Also a bit skeptical of the USDA "buy local" rule for other reasons are the big food companies that supply school meal programs.

"For schools that are really very pressed on those dollars, I think that they need to be able to have access to affordable choices and sometimes those won't be grown locally... Bananas don't grow in Michigan," she says.

Bananas are the cheapest items in the produce section, but they don't grow in most of the country. Dole, Chiquita, and Del Monte control about 60 percent of the worldwide banana market.