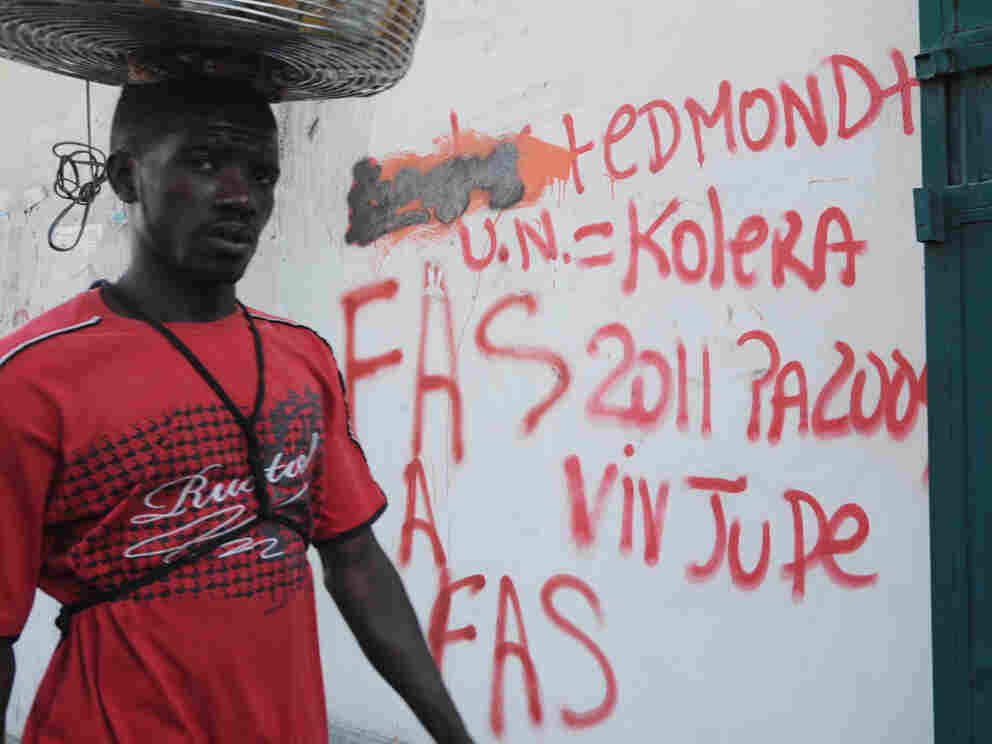 A man walked by a Port-au-Prince wall in February covered with anti-U.N. graffiti that equates the organization with cholera. THONY BELIZAIRE/AFP/Getty Images hide caption 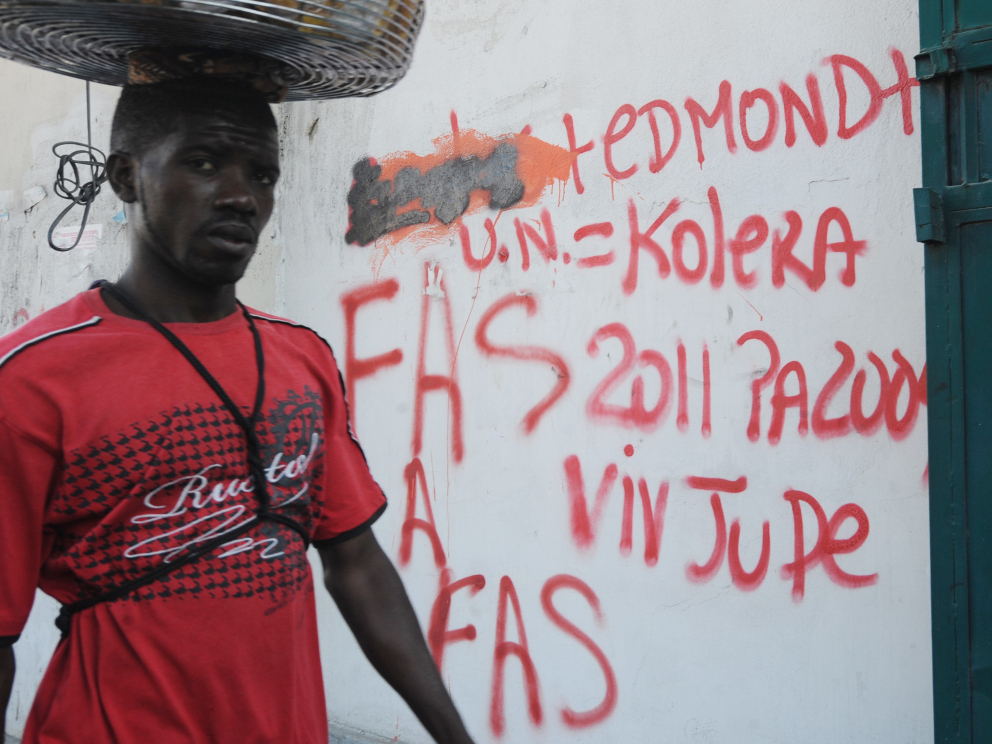 A man walked by a Port-au-Prince wall in February covered with anti-U.N. graffiti that equates the organization with cholera.

Suspicions that U.N. peacekeepers brought cholera to Haiti last fall are so incendiary in that beleagured nation that most health experts fighting the outbreak have refused to discuss it.

But an expert panel appointed by U.N. Secretary-General Ban Ki-Moon has concluded those suspicions are correct.

In a 32-page report released quietly on Wednesday, the four-person panel leaves no doubt that cholera spread quickly from a U.N. camp in the upper Artibonite River valley to waters used by tens of thousands of Haitians for bathing, washing and drinking.

While the U.N. panel stops short of saying Nepalese peacekeepers carried cholera to Haiti, their report says preliminary genetic tests indicate "the strains isolated in Haiti and Nepal ... were a perfect match."

Reflecting the sensitive nature of their findings, the panel takes pains to say the explosive outbreak was due to a "confluence" of factors "and was not the fault of, or deliberate action of, a group or individual."

Some of those factors are:

While all of those things contributed, the experts don't mince words in saying cholera was introduced into Haiti and spread from the U.N. camp where peacekeepers were quartered.

"The sanitation conditions at the [U.N. camp] were not sufficient to prevent contamination of the Meye Tributary System with human fecal waste," the report says. The Meye River feeds into the Artibonite, Haiti's longest river.

Sewage from the UN camp could have gotten into the river system in two ways — from a drainage canal running through the camp or from an open septic pit near the Meye River where a private contractor dumped sewage from the camp.

The experts say Hurricane Thomas last November and a flood in the region last summer played no role in spreading cholera.

The report says the U.N. should clean up its facilities around the world to make sure fecal wastes don't contaminate the environment.

Beyond that, the group says all U.N. personnel mobilized for emergencies should be vaccinated against cholera, receive prophylactic antibiotics, or both. Personnel from areas where cholera is endemic should be screened for cholera before they go to countries where it isn't a problem.

And the panel says authorities should look into using cholera vaccines to reduce spread of the disease once an outbreak has occurred – an idea that's controversial among health experts.

Secretary-General Ban says he will appoint a task force to study the panel's findings and "ensure prompt and appropriate follow-up."