Accessibility links
Audit Finds Widespread Use Of Antipsychotic Drugs In Nursing Homes : Shots - Health News About 14 percent of elderly nursing homes residents receive a so-called atypical antipsychotic medicine despite an increased risk of death when the medicines are used to manage dementia in older people. 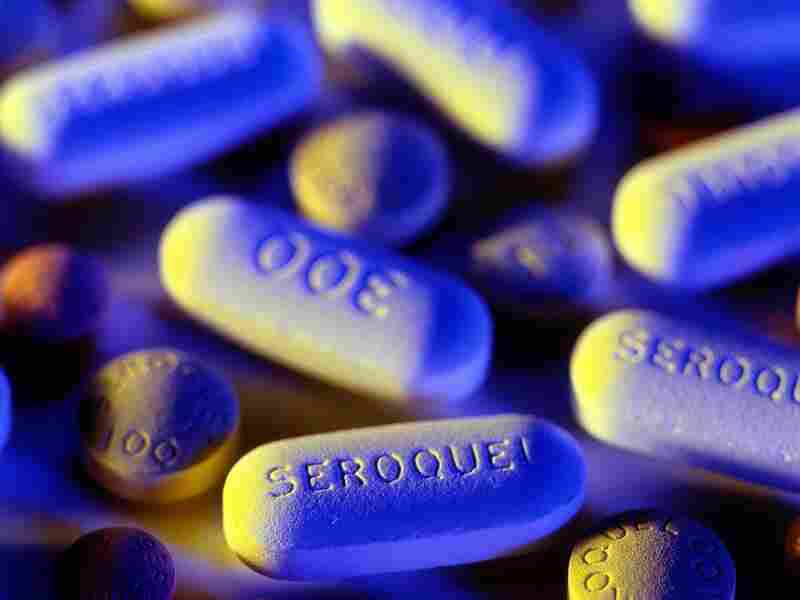 Seroquel, made by AstraZeneca, was the most prescribed of the atypical antipsychotics scrutinized in a federal audit of nursing home claims. Anonymous/AP hide caption 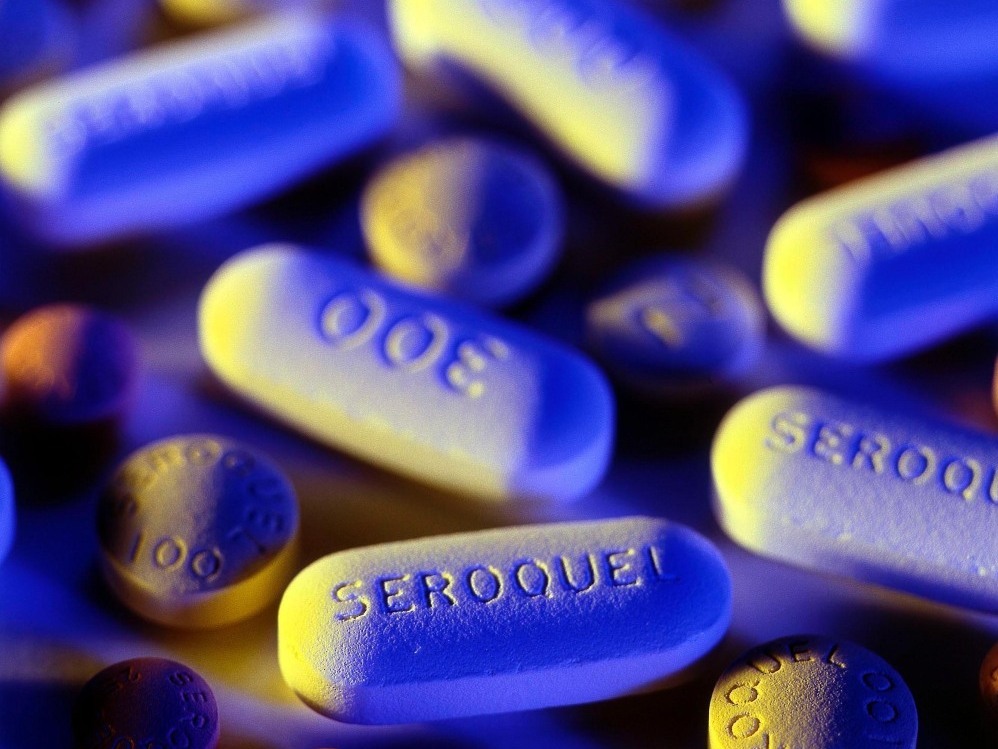 Seroquel, made by AstraZeneca, was the most prescribed of the atypical antipsychotics scrutinized in a federal audit of nursing home claims.

About 1 in 7 elderly residents of nursing homes receives a so-called atypical antipsychotic medicine, a federal audit finds, despite an increased risk of death when the medicines are used to manage dementia in older people.

A review of medical records found that most of the atypical antipsychotics were being used outside the Food and Drug Administration's approval of the medicines to treat schizophrenia and bipolar disorder.

Indeed, 88 percent of the Medicare claims for the drugs show they were prescribed for elderly people with dementia.

"Despite the fact that it is potentially lethal to prescribe antipsychotics to patients with dementia, there's ample evidence that some drug companies aggressively marketed their products towards such populations, putting profits before safety," wrote Daniel Levinson, Inspector General of the Department of Health and Human Services, whose office did the analysis.

The top three drugs, based on the number of claims found in the 2007 audit, were:

To Levinson's point on marketing, nursing home pharmacy chain Omnicare agreed to pay the federal government $98 million in 2009 to settle charges it took kickbacks from J&J to boost sales of Risperdal.

The OIG made some recommendations for improvement, such as better education and halting payments for unnecessary use of medicines.

Despite the risks, the prescription of the medicines isn't likely to disappear. As psychiatrist Daniel Carlat told the New York Times, there aren't very many other good options. "Doctors want to maximize quality of life by treating the patient's agitation even if that means the patient will die a bit sooner," Carlat said.

Indeed, as NPR's Joanne Silberner reported back in 2005 when warnings were raised about both the newer, atypical antipsychotics and their predecessors it treating the elderly, a doctor told her he would continue to use the medicines carefully and in low doses because they still carried benefits.