Accessibility links
Playing An Instrument May Help Preserve Hearing : Shots - Health News Middle-aged musicians scored better on hearing tests than people who didn't play instruments. How we use our senses and brains can shape the people we become, a researcher says. 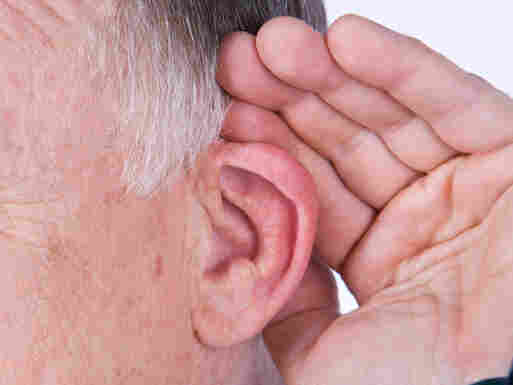 Some hearing loss is a common — and nearly unavoidable — effect of aging. A third of people 60 and older have lost some of their ability to hear.

But some intriguing research suggests a habit that might help offset the effects of aging on hearing. A study, published recently in the online science journal PLoS One, found that among middle-aged adults, being a lifelong musician was associated with better hearing later in life.

"The instrument you play does not seem to be important here," says Nina Kraus, a biologist, director of Northwestern University's Auditory Neuroscience Laboratory and co-author of the study. "It is really the act of engagement of playing the instrument that matters."

Participants in the study were between ages 45 and 65. Researchers tested 18 musicians who had been playing an instrument since age nine or younger, and 19 nonmusicians who had less than three years of music training. The musicians had statistically better auditory memory scores and tested better at hearing speech in noisy environments. They also showed better auditory temporal processing abilities, which relate to how people interpret speech sounds.

However, the two groups tied when researchers tested visual working memory skills. Kraus says that's significant. "It isn't as though musical training has a volume knob effect that makes all kinds of sensory processing enhanced in the same manor," Kraus says. "It focuses on auditory skill."

The latest findings follow earlier research from Kraus that showed musicians in a younger age bracket had better hearing skills. At the same time, some research has shown that musicians who play in large ensembles may face an occupational hazard when it comes to their hearing.

But Kraus said that her study used only people that researchers found had normal hearing. The difference, she said, was how the musicians used their hearing abilities.

Does this effect apply to the guy who plays in a community band one night a week? Kraus says no. To be included in the study, musicians were required to have engaged in musical activities — practicing, teaching or performing — at least three times a week.

"What we do with our time and how we engage our senses and our thinking seems to really shape the people we become in very basic ways — in ways that effect how our senses work," she says.

And, Kraus says, a person doesn't need to be an Itzhak Perlman or a Yo-Yo Ma to experience the effects. Talent, she says, isn't a factor.

Kraus says that more research needs to be done to see whether receiving music instruction later in life might yield the same benefits.