Accessibility links
Obesity Could Be Big Factor In Kids' Daytime Sleepiness : Shots - Health News Researchers found that obesity was more likely than sleep-disordered breathing to keep kids from staying awake during the day. But they're not sure which comes first: the weight problem or the sleepiness.

Obesity Could Be Big Factor In Kids' Daytime Sleepiness

Obesity Could Be Big Factor In Kids' Daytime Sleepiness 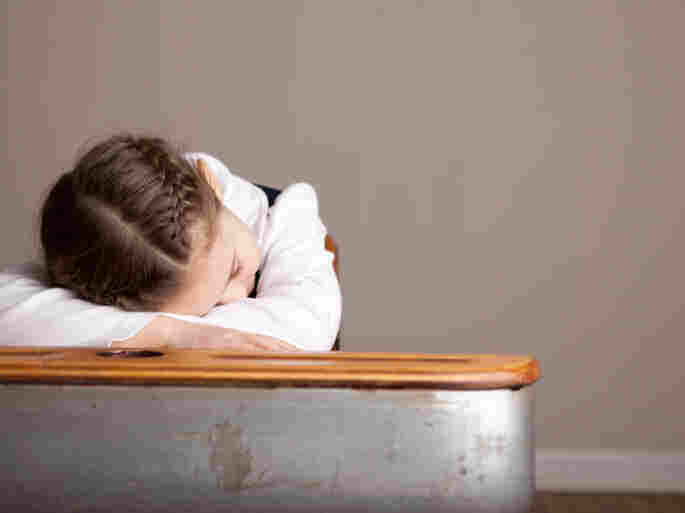 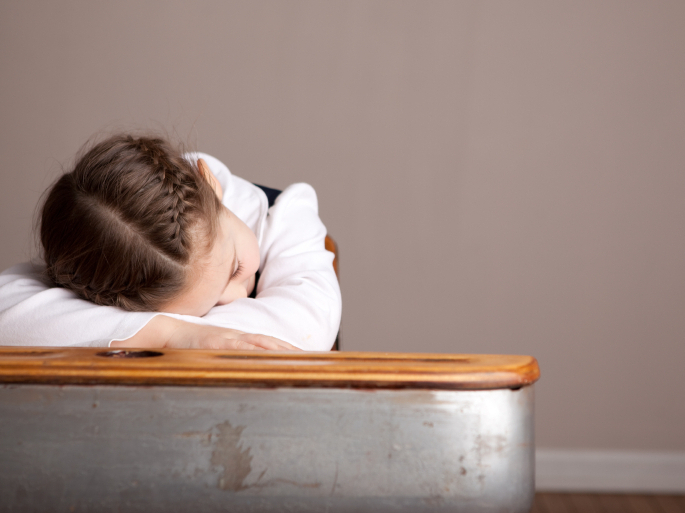 Kids who don't get enough sleep face a greater risk of being overweight or obese. But being overweight could also be causing the sleep problems, making it hard for children to stay awake and alert during the day.

Researchers at Pennsylvania State University were looking for risk factors for daytime sleepiness in kids. To their surprise, they found that sleep-disordered breathing, a common problem that can range from snoring all the way up to sleep apnea, wasn't the biggest risk factor.

Instead, it was obesity, followed by mood disorders like anxiety and depression, and asthma.

That's a bit of a wake-up call to parents, because sleep-disordered breathing is often cited as a cause of ADHD-like behavior problems in children, based on the notion that a sleepy kid can't pay attention in school. The most common treatment: tonsillectomy. A sleep-disordered breathing diagnosis is now the most common reason for tonsillectomy in children.

But tonsillectomy isn't without its risks, says sleep specialist Edward Bixler, a professor of psychiatry at the Penn State Milton S. Hershey Medical Center. He's one of the authors of this new study, published in the current issue of Sleep.

There's considerable research linking lack of sleep in young children and adults to increased weight. For example, infants and toddlers who slept less than 10 hours a night were more likely to become overweight or obese within 5 years, according to a report last fall from researchers at the University of Washington.

Naps don't make up the sleep deficit. Another 2010 study found that teenage boys who stayed up late playing video games or texting were more likely to be overweight or obese. But sleep had little effect on weight for girls.

But quite a few of those studies rely on self-reports of sleep, or reports by parents. They can be subjective. Bixler's group observed the children overnight in a sleep lab. They also arranged for extensive medical workups. Of the 508 children ages 5 to 12 years old, 15 percent of them had "excessive daytime sleepiness." That was most strongly associated with being overweight or obese. Kids taking asthma meds, those reported to be anxious or depressed by a parent, and those said to have trouble sleeping at night by their parents were also risk factors.

So which comes first, the weight problem or the sleep problem? That's impossible to know from this study, because it didn't look at cause and effect.

But it does suggest that parents might want to first consider weight loss, adjusting asthma meds, and treating a child's mood problems before getting a tonsillectomy.

"Sleepiness in children I'm sure is a very complicated factor, we're only touching on some of the issues here," Bixler told Shots. "A whole lot of things can influence your sleep. It's an extremely sensitive marker, but it's not very specific." In other words: "It doesn't tell you what the problem is. But it's clearly a red flag."