Accessibility links
Coffee May Lower Risk Of Deadly Prostate Cancer : Shots - Health News Harvard researchers says the coffee effect persisted even after factoring in the effects of exercise, obesity, smoking and other factors that either raise or lower the risk of prostate cancer. Regular and decaffeinated coffee were associated with the same low risk of lethal prostate cancer. 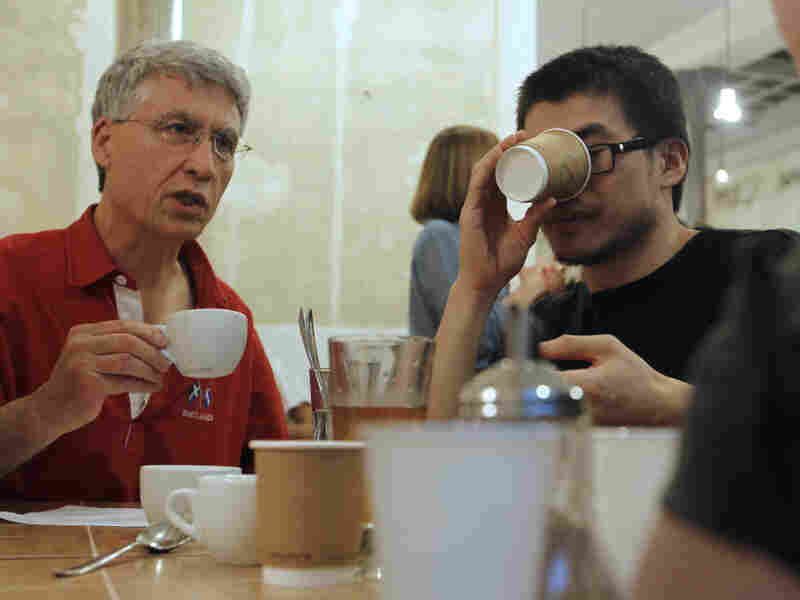 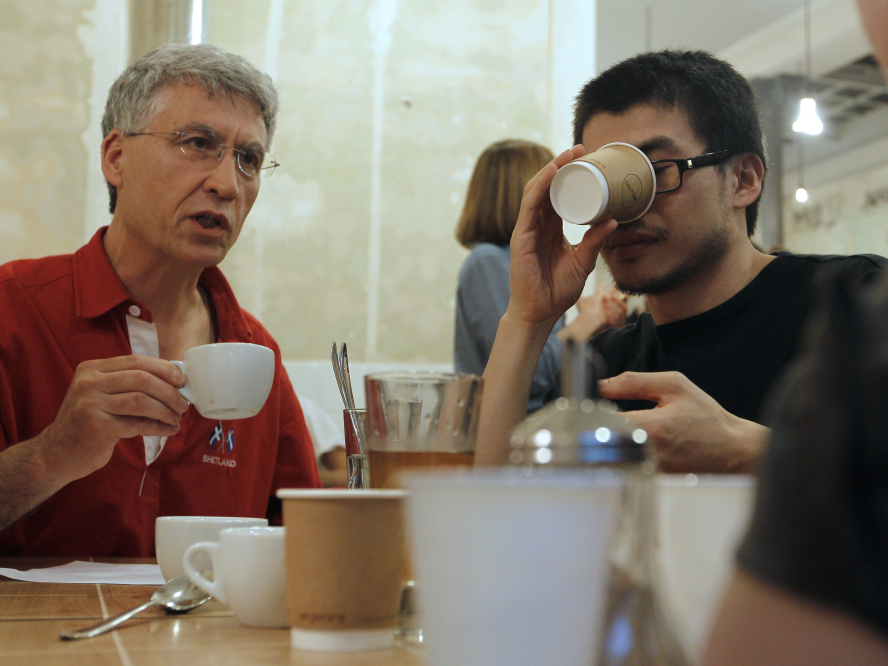 A study finds that drinking at least six cups a day of coffee reduces the risk of aggressive prostate cancer by 60 percent.

For a long time scientists have wondered whether coffee might lower the risk of prostate cancer.

Previous studies have been relatively small and have shown mixed results.

But now we have results from a Harvard study that followed almost 50,000 male health professionals for more than two decades. A lot of them drank a lot of coffee, which seems to have helped.

When they saw the results, Mucci says, she and her colleagues said, "Wow, that's a lot!"

"Among risk factors that people have studied for lethal prostate cancer, this is one of the strongest," she told Shots.

The same group reported about a 50 percent reduced risk of dying from prostate cancer among men who exercised regularly — two or three brisk walks a week was enough.

The new study shows that getting a 60 percent reduction in risk of aggressive prostate cancer requires a lot of coffee — at least six cups a day. However, men who drank three cups a day had a 30 percent lower chance of getting a lethal prostate cancer, and that's not bad.

Only about one in 10 prostate cancers diagnosed these days is deadly. Most men get a less dangerous and curable kind. The study found no link between coffee drinking and overall risk of prostate cancer. Presumably previous studies didn't uncover the lowered risk of aggressive cancers because they didn't have enough of these cases.

Mucci says coffee drinkers got the benefit without getting buzzed on caffeine. "Whether they drank regular coffee or only decaffeinated coffee, there was the same lower risk of lethal prostate cancer," she says. "It's really the coffee; it's not the caffeine."

Another good thing is that it doesn't require decades of heavy coffee drinking to get the benefit. What mattered was how much they drank in the previous eight years.

The Harvard epidemiologist says the coffee effect persisted even after the researchers allowed for the effect of exercise, obesity, smoking and other factors that either raise or lower the risk of prostate cancer.

Neil Martin, a cancer doctor at Dana-Farber Cancer Institute in Boston, was impressed with the new findings.

"Results like these are very appealing for people," he says. "It supports things that they do. ... And I guess I don't really see the downside of that. I think people should feel empowered about being able to change their risk of diseases."

And yes, in this case it is "diseases" — plural.

Earlier research suggests coffee reduces the risk of diabetes, liver disease and Parkinson's disease — possibly because of its insulin-lowering effects, its anti-oxidant qualities and other properties, including some yet to be discovered.

And just last week, Swedish researchers reported that women who drink at least five cups of coffee a day have nearly a 60 percent lower risk of a particularly aggressive breast cancer that doesn't respond to estrogen.

Mucci says more research is needed before officially urging people to drink coffee for its health benefits. Meanwhile, she says, "there's no reason not to start drinking coffee."

And no, she does not take money from the coffee industry.