Accessibility links
Surgeons Place Patch In Giffords' Skull : Shots - Health News After someone suffers a brain injury, neurosurgeons often remove a piece of the skull to relieve pressure on the brain. Later, though, the hole needs to be patched. Rep. Gabrielle Giffords had that procedure performed today. 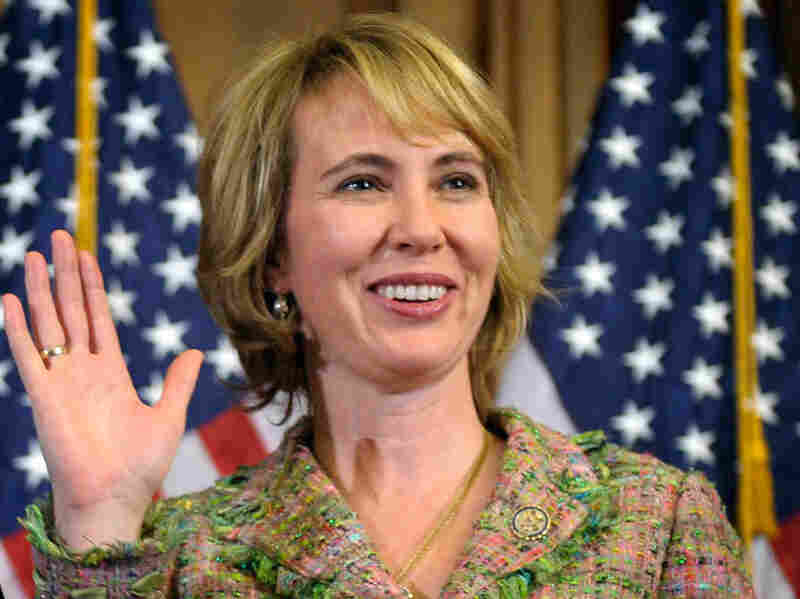 In this Jan. 5, 2011 file photo, Rep. Gabrielle Giffords, D-Ariz., takes part in a reenactment of her swearing-in, on Capitol Hill in Washington. Susan Walsh/AP hide caption 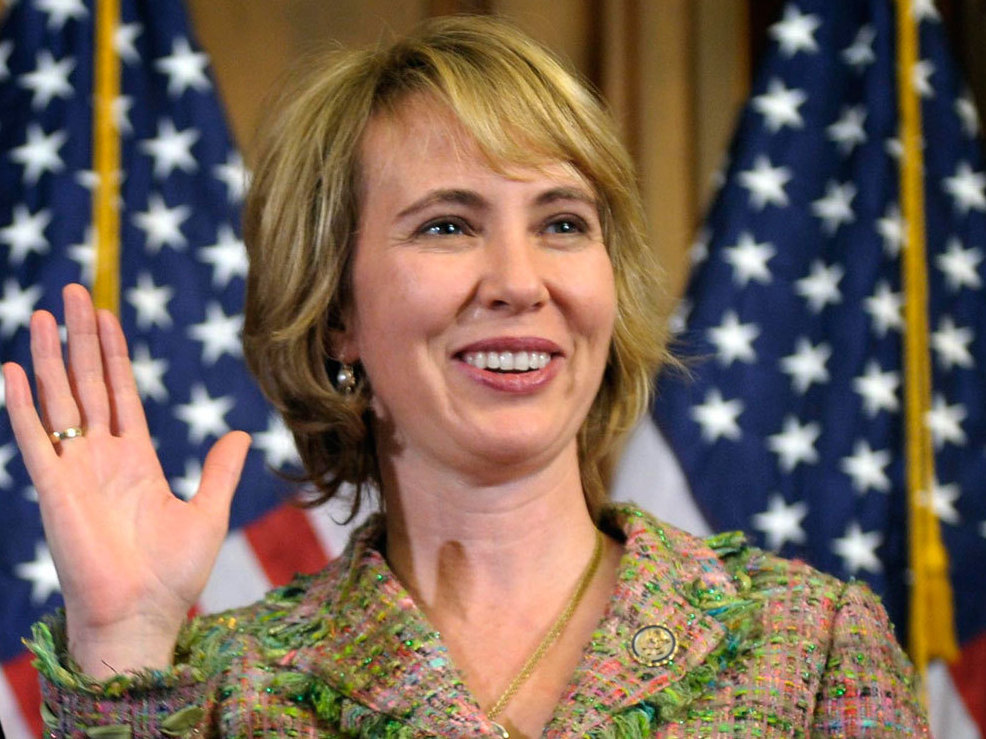 In this Jan. 5, 2011 file photo, Rep. Gabrielle Giffords, D-Ariz., takes part in a reenactment of her swearing-in, on Capitol Hill in Washington.

After a person suffers a brain injury, neurosurgeons often take out a chunk of the skull so that pressure won't build up in the brain. Later, though, that hole needs to be patched.

Shots checked in with Dr. Henry Brem, neurosurgeon-in-chief at Johns Hopkins Hospital in Baltimore, who talked with us in January about Rep. Gabrielle Giffords' medical treatment.

How and why did doctors need to perform a cranioplasty, the procedure that Giffords had this afternoon?

Here are highlights from our chat, edited for length.

Why would surgeons take out a piece of skull?

There are two reasons why one would need a cranioplasty. One is that the bone was damaged because of the gunshot wound or any trauma, and it has to be removed. Another is to control brain swelling and avoid secondary injury. You remove part of the skull to allow the brain to swell without causing injury. But then there's a gap in the protection of the brain. The cranioplasty resurfaces the skull, so the brain is protected properly.

What choices do you have for filling in that gap?

The choices for the materials depend on the size and location. The simplest kind of cranial repair is done with titanium mesh — a screen made of titanium. It's secured in place with tiny little screws. The titanium is invisible to X-rays, and it's very strong and thin. Sometimes it's reinforced with methyl methacrylate, a cement-like material. You mold it on top of the titanium.

Rep. Giffords' doctors had said earlier that they planned to use a plastic implant in her case. How is that implant attached to the skull?

It's attached with titanium screws which are inert and nonreactive.

Who usually does the surgery?

It's often done by a team of neurosurgeons and plastic surgeons. Certainly a neurosurgeon is part of the team; one has to be sure that the brain is fully protected. The [thick tissue] covering of the brain, the dura, has to be intact.

Plastic surgeons are very expert at contouring in the operating room. If it's a premade implant, the contouring and all that is done.

What are the risks associated with this surgery?

Anytime you're operating at or near the brain there's risk. The major complication is really infection. The skin has also been damaged from the initial injury, so it needs heal well.

Rep. Giffords was shot on January 8th, so this surgery is coming just a little more than four months later. Is there a window of opportunity for this surgery?

It can occur any time after the injury. Usually one waits a minimum of six weeks, in order for the brain swelling to fully subside. But brain recovery continues for a much longer period of time.

That's a good point. The cranioplasty fixes the skull, but the brain's still healing. What the timetable for brain recovery?

If recovery has plateaued by the end of one year from the initial injury, that tends to be about as much recovery as one gets. However, if there's ongoing improvement, then the one-year time point is irrelevant. A person may continue to improve with rehab for five years after the injury. But if they've plateaued, that's pretty much what you get.

What do patients always ask you about having a skull implant?

People always ask if it triggers the detectors at the airport; it does not. Both the strength and the cosmetic result are almost always outstanding. You would not be able to tell that a person had a cranioplasty, nor would a person have to take any special precautions to protect their head, because it's quite strong.