Accessibility links
McDonald's Stands By Ronald : Shots - Health News Activist shareholders pressed company management to halt marketing to kids, even asking the company to retire Ronald McDonald himself. And the question-and- answer period for shareholders got a little bit testy. 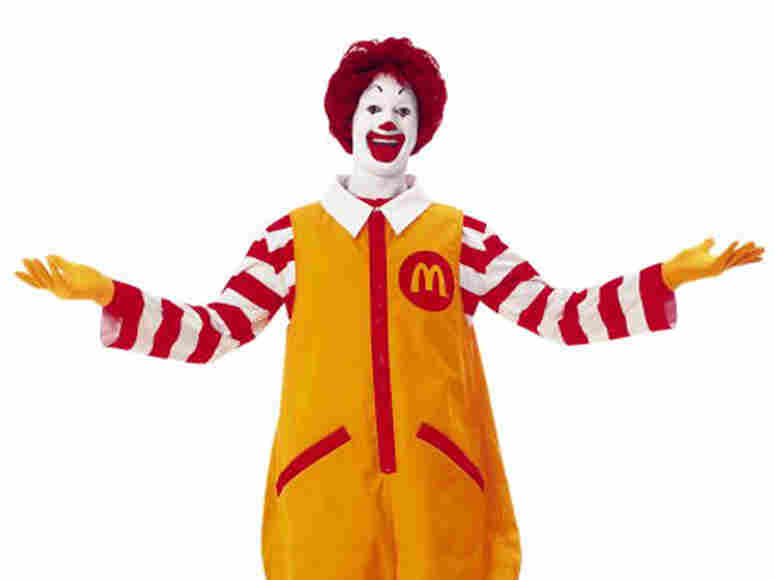 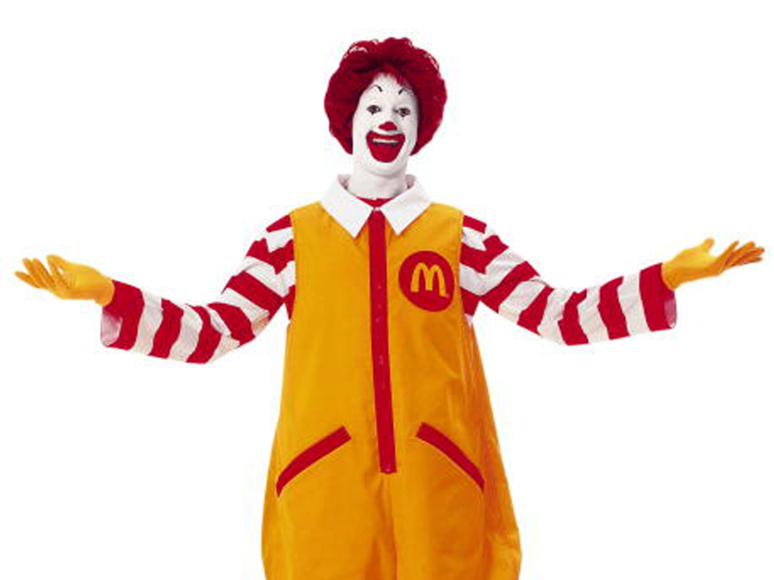 Ronald McDonald is here to stay, McDonald's CEO said at a shareholder meeting outside Chicago.

So how did things go at McDonald's annual meeting Thursday?

Activist shareholders pressed company management to halt marketing to kids, even asking the company to retire Ronald McDonald himself. A group of nuns from Philadelphia sponsored a resolution that would require the company to report on its policy responses to concerns about links between fast food and children's health, too.

And, as you might expect, the question-and-answer period for shareholders got a little bit testy.

Mary Engen, a Minnesota mother and grandmother, said the company's "predatory marketing makes it difficult for even the most diligent of parents to impart healthy eating habits" to their children. She asked when the company would stop "substituting public relations for real action" on children's health.

In response, McDonald's CEO Jim Skinner forcefully reframed the issue, saying, "This is all really about choice. And it is about protecting people's individual rights in this great democratic society that we live in." He said the company supported the right of free speech for its opponents and expected the same treatment. "We would like you to defend and respect our rights to communicate effectively through our advertising with our people."

A subsequent questioner, Don Zeigler, director of prevention and health promotion at the American Medical Association, asked Skinner if the company would respond to calls to retire Ronald McDonald, who has become a target of those who fault the company's marketing to kids. Short answer: No way.

Ronald McDonald is an ambassador for McDonald's. And he's an ambassador for good. He is the face of Ronald McDonald House. He does not advertise unhealthy food to children. McDonald's does not advertise unhealthy food choices to children. We provide many choices that fit within the balanced active lifestyle. It is up them to choose. And it is up to their parents to choose. And it is their responsibility to do so.

Toward the end of the question period, a pro-Ronald shareholder asked Skinner why the clown wasn't at the annual meeting, as he had been in years past. In a moment of levity, Skinner cracked, "Ronald hasn't been because he's out in the field doing work and fighting through the protesters."

Finally, a preliminary tally of the shareholder votes released at the end of the meeting showed that the reporting proposal put forward by the Sisters of St. Francis of Philadelphia received only 6 percent of shareholder votes in its favor.

Corporate Responsibility International, which helped organized the actions to put pressure on McDonald's including the nuns' proposal, said in statement emailed to Shots that "such resolutions face an uphill climb given the opposition of the board." The group said it would continue to run ads featuring an open letter to Skinner seeking a halt to McDonald's marketing to kids.