Accessibility links
WHO Grants Smallpox A Reprieve : Shots - Health News The U.S. has argued supplies of smallpox virus are needed for development of better vaccines and treatments. The biggest fear is not a natural outbreak but an act of bioterrorism. 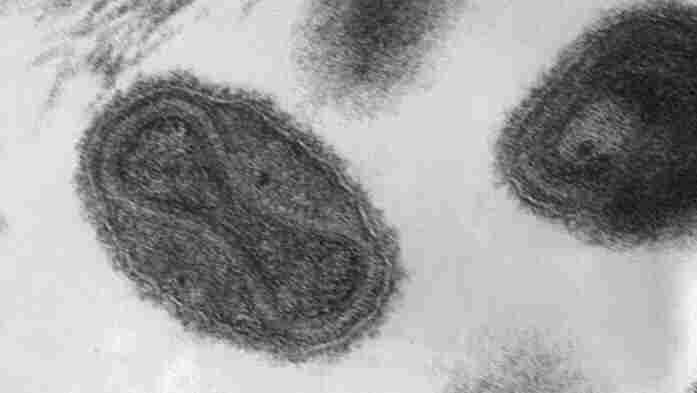 Smallpox virions like these won't be destroyed for at least a few more years. Fred Murphy and Sylvia Whitfield/CDC hide caption 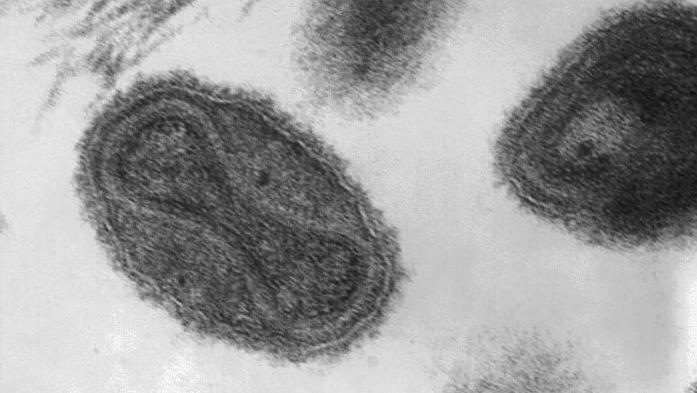 Smallpox virions like these won't be destroyed for at least a few more years.

Hey, smallpox, you just got at least three more years on this planet.

The World Health Assembly, the decision-making body of the World Health Organization, agreed to put off making up its mind on when to destroy the two remaining stocks of the virus until a meeting in 2014.

Back in the '90s, WHO experts had recommended the virus be obliterated. Smallpox, after all, had been declared eradicated in 1980, and nobody wants to risk an accidental release of the virus back into the wild.

But the United States and Russia, which hold the last known stores of the deadly virus, weren't so keen on the idea and wanted smallpox preserved for at least five more years.

The U.S. has argued the supplies of virus are needed for development of better vaccines and treatments. The biggest fear is not a natural outbreak but an act of bioterrorism. Still, many countries in the developing world, where the toll of a smallpox outbreak might be the heaviest, have pushed repeatedly for destruction.

The three-year delay represents a compromise. "This was a good outcome," Dr. Nils Daulaire, director of the Office of Global Health Affairs at the Department of Health and Human Services and head of the U.S. delegation at the World Health Assembly, the Wall Street Journal reported. While the extension wasn't as long as the U.S. was looking for (5 years), Daulaire said, "The result is the research program central to the reason for maintaining the virus continues and we'll be three years closer to having the countermeasures we're aiming for."