Accessibility links
Memo To GOP: Cutting Medicaid Is Unpopular, Too : Shots - Health News Changing Medicare is looking politically risky, so budget-cutters may focus on Medicaid instead. That, too, could prove unpopular because a recent poll shows the public does not favor large cuts to the program. 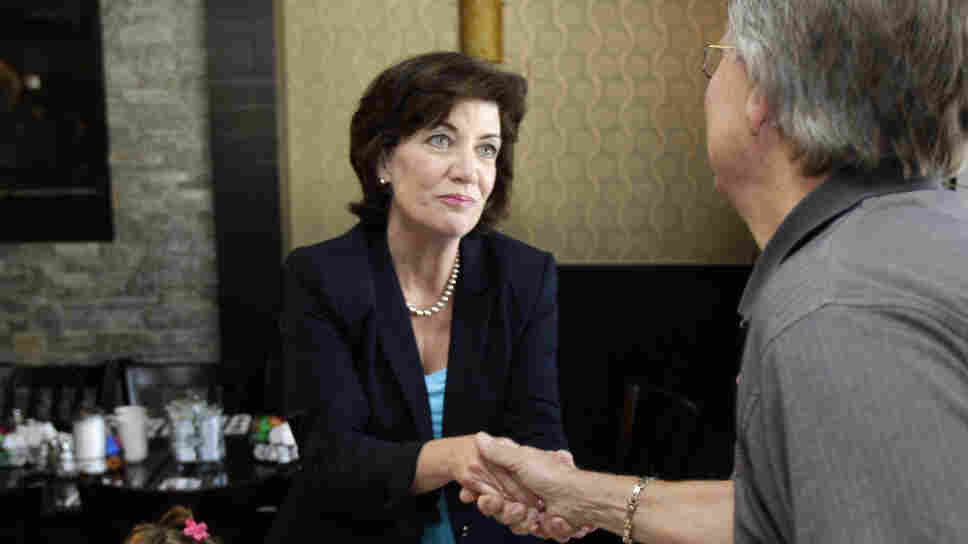 Congresswoman-elect Kathy Hochul (D-NY) thanks customers for their support at a restaurant in Depew, N.Y., Wednesday. David Duprey/AP hide caption 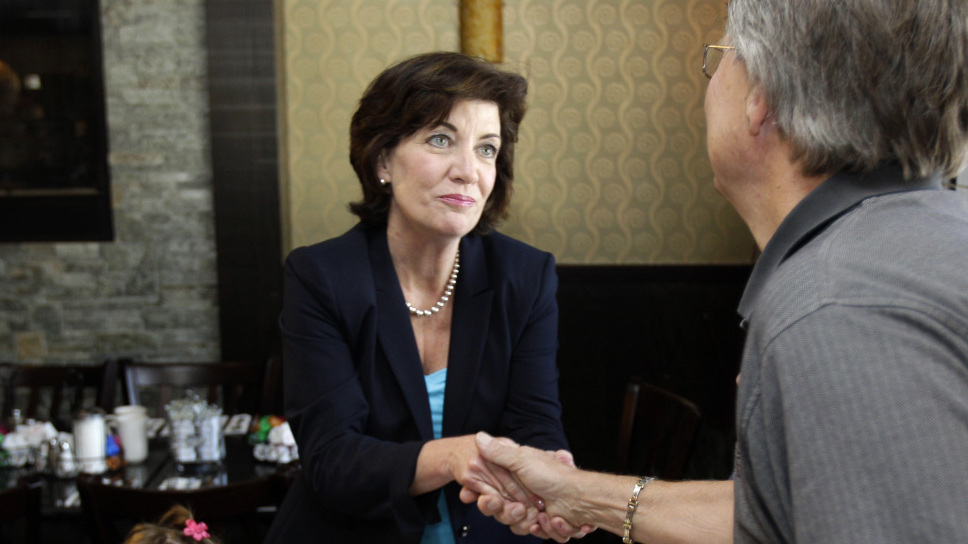 Congresswoman-elect Kathy Hochul (D-NY) thanks customers for their support at a restaurant in Depew, N.Y., Wednesday.

Not that there was much doubt left, but Tuesday's uphill victory by Democrat Kathy Hochul in a special election in a New York congressional district long dominated by the GOP has made it pretty clear that the budget blueprint approved by House Republicans last month, which would effectively privatize Medicare, isn't so popular with lots of actual voters.

But with health care still the No. 1 one issue driving the nation's long-term budget problems, advocates for seniors and the poor are worried that would-be budget balancers will set their sites on the vast Medicaid program for the poor instead.

And they've got good reason to be concerned. First, the same House budget blueprint that proposes to transform Medicare would also turn the Medicaid program back to the states and at the same time make huge cuts — reducing federal funding to states by about a third within the next decade.

And while that budget might not be going anywhere fast (it was voted down in the Senate on Wednesday), Republican Senators and members of the House have already introduced legislation that would make it easier for states to cut existing eligibility for Medicaid. That's seen as a bill likely to come up in negotiations on legislation to raise the federal debt ceiling later this summer.

But Republicans who think it might be easier to pick on the poor than politically powerful seniors might want to think again.

This month's health tracking poll from the nonpartisan Kaiser Family Foundation finds that only 13 percent of those polled support major reductions in Medicaid spending as part of congressional efforts to reduce the deficit. At the same time, 60 percent want to keep Medicaid as it is. That means having the federal government guarantee coverage and set minimum standards for benefits and eligibility for every state.

Perhaps even more striking, although maybe it shouldn't be given how much Medicaid has grown in recent years, is that more than half of respondents said they had a personal connection to the Medicaid program. That was defined as the respondent or a friend or family member having received assistance from the program at some point.

Still, Medicaid supporters have their guard up.

"What a lot of people don't understand, is that Medicaid is so critically important for our nation's population," said Ron Pollack of Families USA. "It is the bulwark of our long-term care system. If somebody needs nursing home care or other long-term care, it's Medicaid they go to. And for millions of people in the country, it really is THE safety net."

But the fact remains that Medicaid, particularly with expansions envisioned as part of last year's Affordable Care Act, is projected to grow dramatically, to more than 78 million people by 2019, at an annual cost of $840 billion.