Accessibility links
Your Health Podcast: Doctors Misbehaving And Measles Raging : Shots - Health News On this week's podcast, we'll be discussing a survey of doctors that found they often see each other disrupting patient care or collegial relationships. We also have a story on calcium supplements for postmenopausal women, who may not need as much as they've been told. 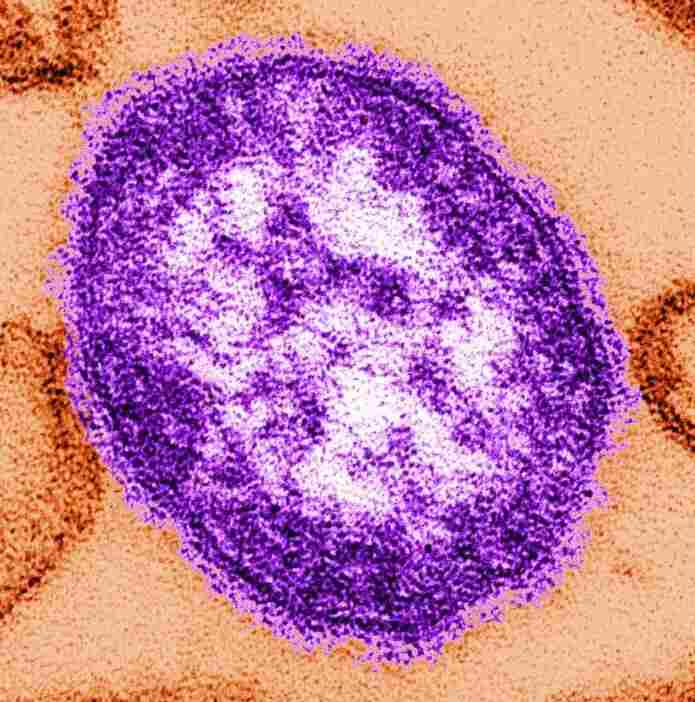 A look inside a single measles virus particle, or virion, made with an electron microscope. Cynthia S. Goldsmith; William Bellini/CDC hide caption 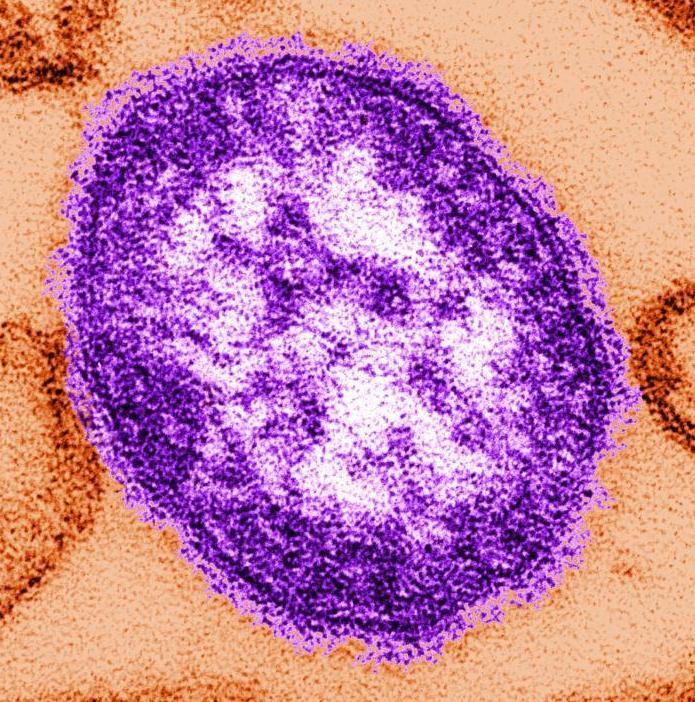 A look inside a single measles virus particle, or virion, made with an electron microscope.

On this week's podcast we chat about results from a national survey that found more than two-thirds of U.S. doctors say they've seen other physicians' behavior disrupt patient care or collegial relationships at least once a month. More than 1 in 10 say they see it every day.

Also, so few drugs are studied in combination, there's a real possibility for unexepected side effects from the multiple drugs many people take. We talk about a post on researchers who are looking for new ways to crack the problem. They just published an intriguing paper about how they sifted through reports of adverse reactions and found an apparent interaction between antidepressant Paxil and cholesterol-fighter Pravachol that nobody expected. And no supercomputer was required — only a MacBook Pro.

And we have Nancy Shute's story on calcium supplements for postmenopausal women — turns out they may not need as much as they've been told.

Plus, we'll look closely at reports of 118 cases of measles in the United States this year. That may not sound like a whole lot, but that makes this the busiest period for measles since 1996, the Centers for Disease Control and Prevention says. In fact, in the last decade, the median number of cases each year has been only 56.