Accessibility links
Extra Calcium May Not Do Older Women Much Good : Shots - Health News Women who've been told that they need more calcium to reduce their risk of osteoporosis and hip fractures might not need as much as they think. And taking too much calcium could cause other health problems, such as kidney stones. 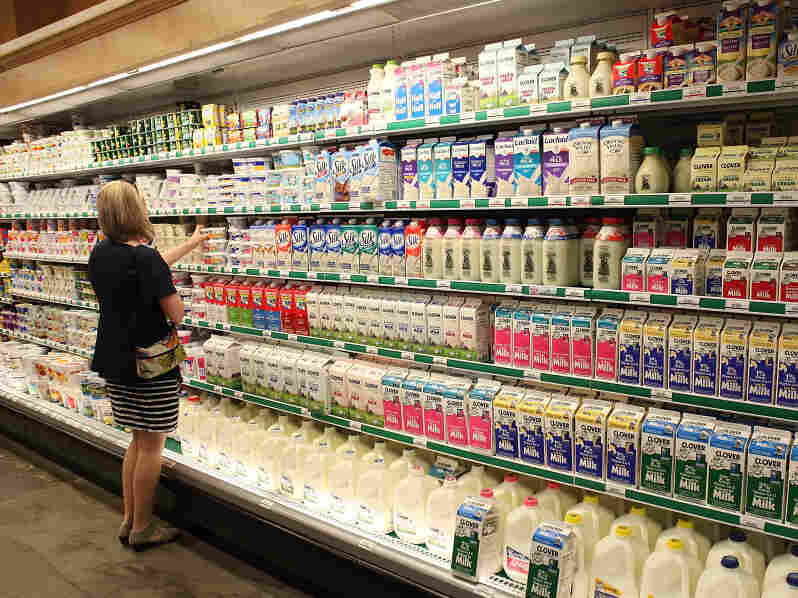 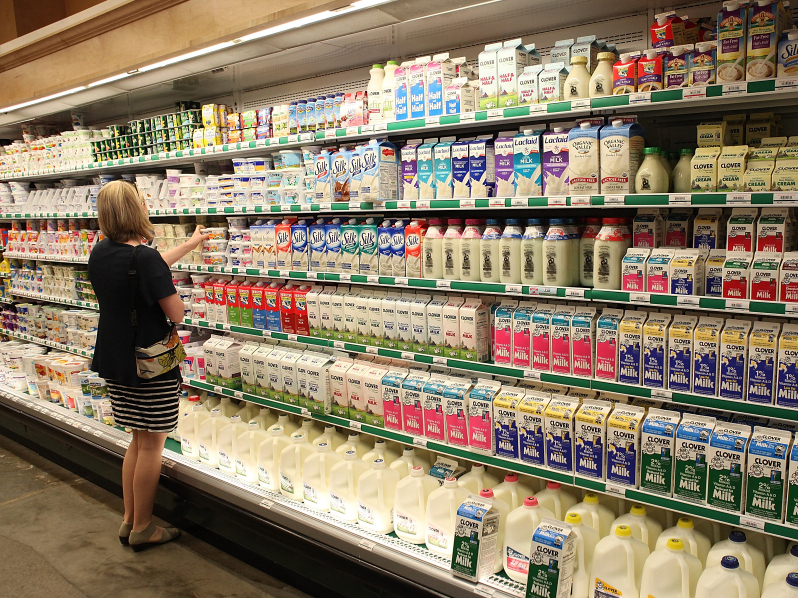 A study found that women's bones didn't benefit from consuming more than 750 milligrams of calcium a day.

Doctors regularly implore women over age 50 to take more calcium to reduce their risk of osteoporosis and hip fractures. But they might not need as much as they think. And taking too much calcium can actually cause other health problems.

A huge study in the British Medical Journal, which followed 61,000 Swedish women for 19 years, found that their bones got no benefit when they consumed more than 750 milligrams of calcium a day. "It's good news for women who are trying really hard to get a lot of calcium a day," says Eva Warensjo, an epidemiologist at Uppsala University in Sweden, who was lead author on the study.

But doctors in the United States have been saying pretty much the same thing for years. In 2006, a study done as part of the ongoing Women's Health Initiative found only slight increases in bone mass and no significant differences in the number of broken hips in women taking 1,000 milligrams of calcium a day, compared to women who did not take supplements.

"More is not necessarily better," says JoAnn Manson, a researcher at Harvard University and Brigham and Women's Hospital in Boston, and a principal investigator in the WHI. "Moderate intake may be optimal — there may be a threshold effect where once you get to a moderate level of intake there's no further benefit."

In fact, taking more calcium could be worse than just worthless. It could cause other health problems, such as kidney stones. Recent research has suggested a link between excess calcium and cardiovascular problems.

Last year, the Institute of Medicine recommended that women over 50 should aim for 1,200 milligrams a day, whether or not they have signs of bone loss. That is higher than the amount recommended in Sweden and other European countries. Manson helped write that report, and she's not ready to say that number is too high.

Still, that doesn't mean that women need 1,200 milligrams from supplements, Manson says. "On average, 700 milligrams a day would come from diet." That's also about what the Swedish women, who are big consumers of sour milk and other dairy products, get from food.

So, most American women are getting as much as the Swedish study recommended without taking any calcium supplements.

But many people haven't gotten that message. John Tongue is an orthopedic surgeon in Portland, Ore. who's also the first vice president of the American Academy of Orthopedic Surgeons. He's been operating on women with hip fractures caused by osteoporosis for more than 30 years, so he knows how devastating a broken hip can be. When this new study came out, he asked his wife how many calcium supplements she's taking. He found out that she was taking 1,400 milligrams in supplements.

But she's also exercising, which Tongue thinks is more important than calcium for keeping bones strong. "A brisk walk for 20 to 40 minutes a day would do much more to improve people's general health and reduce people's risk of injury than taking vitamins or supplements, which are so common," says Tongue.