Accessibility links
A Curious Case Of Foreign Accent Syndrome : Shots - Health News An Oregon woman woke up from dental surgery with an English-Irish-sounding accent. Hers is a rare disorder usually caused by an injury to the part of the brain that controls speech. 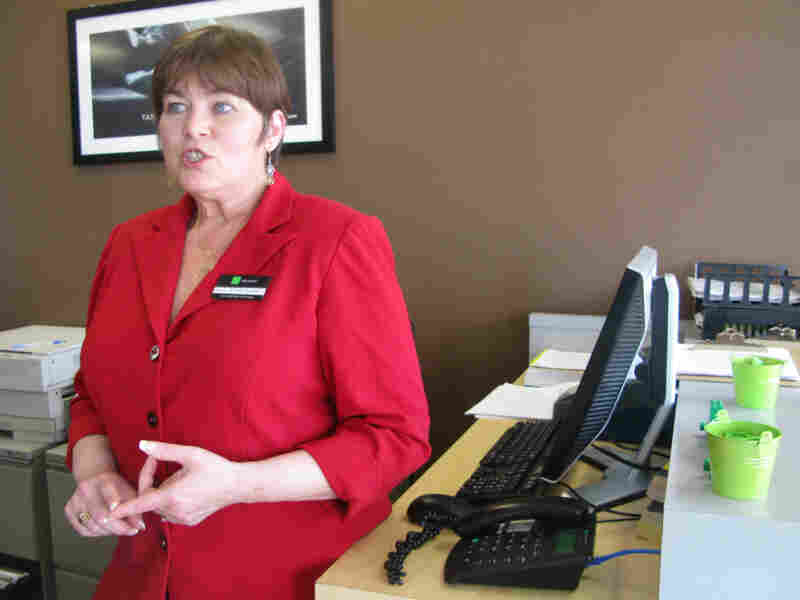 Karen Butler could get her American accent back with intensive speech therapy, but she likes her new one. Jane Greenhalgh/NPR hide caption 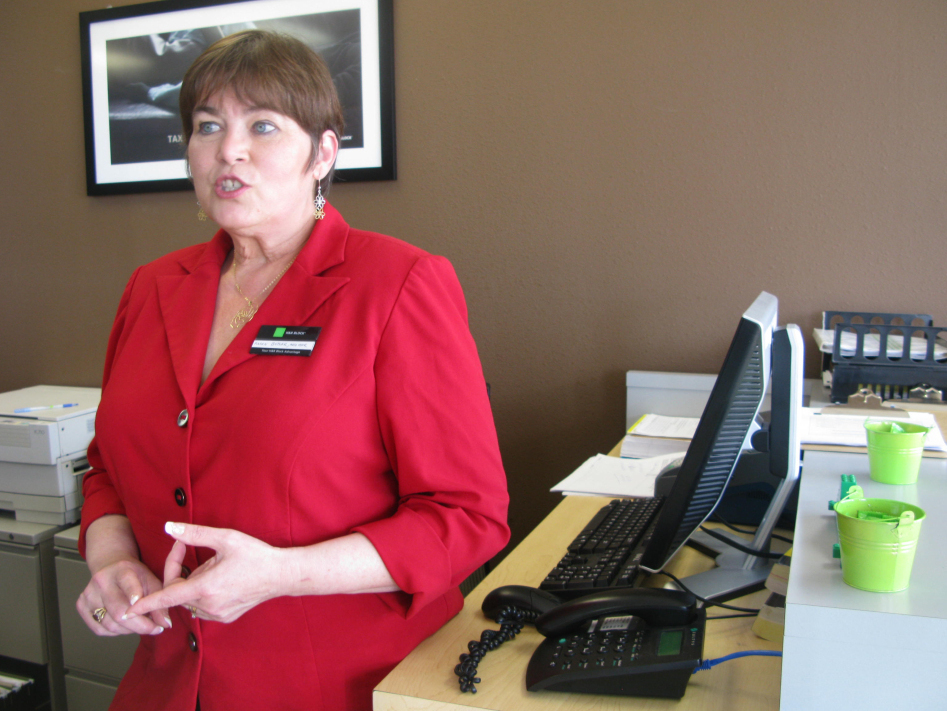 Karen Butler could get her American accent back with intensive speech therapy, but she likes her new one.

When Karen Butler went in for dental surgery, she left with more than numb gums: She also picked up a pronounced foreign accent. It wasn't a fluke, or a joke — she'd developed a rare condition called foreign accent syndrome that's usually caused by an injury to the part of the brain that controls speech.

Butler was born in Bloomington, Ill., and moved to Oregon when she was a baby. She's never traveled to Europe or lived in a foreign country — she's an American, she says, "born and bred."

But she doesn't sound like one anymore. Her accent is now a hodgepodge of English, Irish and perhaps a bit of other European accents.

The problem started about a year and a half ago, when she was put under anesthesia while the dentist removed several teeth.

"I just went to sleep and I woke up and my mouth was all sore and swollen, and I talked funny. And the dentist said, 'You'll talk normal when the swelling goes down,' " Butler says.

The swelling soon went away, but the foreign accent didn't. Neurologist Ted Lowenkopf, director of the Providence Stroke Center in Portland, diagnosed her with foreign accent syndrome, a rare neurological disorder.

"It's usually the result of a brain injury," Lowenkopf says, "which can come from stroke, head trauma or other diseases that can damage brain tissue, like multiple sclerosis."

There have been only about 100 known cases of the syndrome since it was first reported in the 1940s. The most famous case was a Norwegian woman who was hit by shrapnel in World War II; she developed a German accent and was ostracized as a result.

Other cases include a British woman from Devon who developed a Chinese accent following a migraine, and another British woman who had a stroke and now sounds French.

Lowenkopf says FAS affects only a small area of speech — just the pattern and intonation. Strokes and brain trauma usually cause major damage to the brain and leave people with far bigger speech problems than just a change in accent.

Butler may have suffered a small stroke while she was under anesthesia, but she won't know for sure unless she has a brain scan. (She says her insurance company won't pay for one.) Lowenkopf says comparing an old scan that Butler received years ago to a new one could shed some light on what happened.

In the meantime, it's possible that Butler could get her American accent back through intensive speech therapy. But unlike other people with FAS who have become depressed by their change in accent, Butler quite likes her new one. She says it has made her more outgoing and is a good conversation starter.