Accessibility links
E. Coli Outbreak May Boost Argument For More U.S. Food Safety Funds : Shots - Health News FDA's top food expert, Michael Taylor, makes the case for more funding to prevent outbreaks like the one in Europe from happening here in the U.S. But the agency faces an uphill battle to wring the money out of Congress. 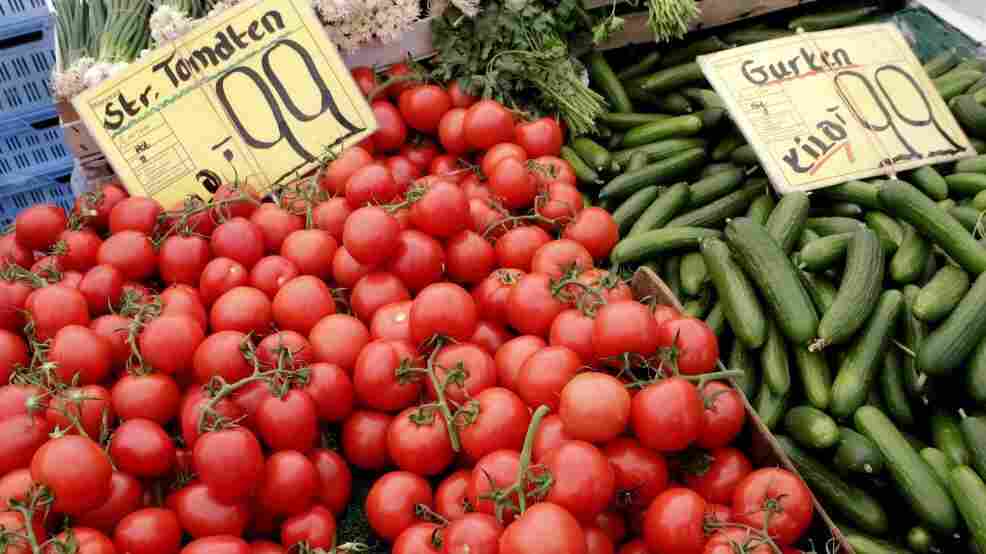 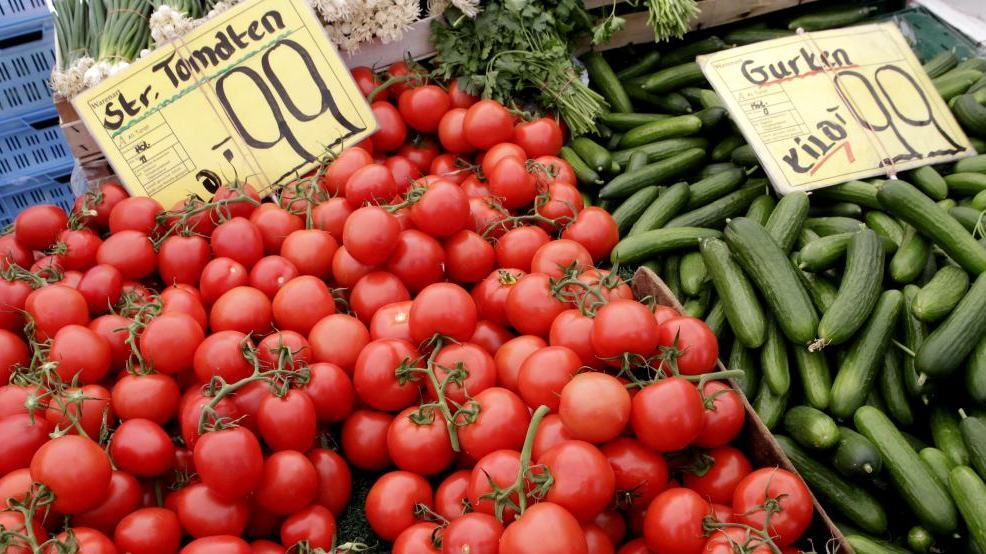 A Berlin market sells tomatoes and cucumbers. European researchers are still unable to pinpoint the food responsible for an E. coli outbreak.

Tracking the source of the European E. coli outbreak is a worldwide challenge for investigators. It's put the public on edge once again about produce safety.

But it may provide a unique opportunity for U.S. regulators to get Congress to cough up the money to try to prevent these kinds of outbreaks from happening here.

However, in an era where politicians are trying to cut spending, it's not going to be easy.

FDA Deputy Commissioner for Foods Michael Taylor basically made the case at a press briefing today at Ogilvy PR in Washington that outbreaks — like spilled milk — happen.

"I think the public has to be realistic about that," he says.

And tracking them to the source is messy.

"It's very difficult to watch, I admit," Taylor says. "I think whenever you have an outbreak this big ... and people are watching blow by blow, you're seeing playing out the uncertainty that the people who do this work ... grapple with in investigating these things."

Remember, just a few years ago, FDA wrongly fingered tomatoes as the culprit for a salmonella outbreak that sickened hundreds, but it turned out that peppers were to blame.

That memory is not too far from the minds of U.S. regulators at this moment, we'd bet.

But Taylor and others say that funding FSMA (FIZZ-ma — the soda pop nickname for the very serious Food Safety Modernization Act) can help prevent such scenarios from repeating.

Passed last year, the new law gives FDA the authority to, among other things, focus more on preventing outbreaks than reacting to them, both locally and abroad. It also gives the agency new power to detain food that officials suspect of containing harmful pathogens. But so far, it hasn't been funded.

"When we implement this law, we think we can significantly reduce the severity and frequency of outbreaks," he says. "If we make the investment," he adds.

FDA can write the regulations required by the law without new funding, Taylor says.

"What requires new resources is building the system that takes those regulations from being words on the page to actually being a functioning system that really is working in a practical way to make food safer," he says.

Some House Republicans aren't persuaded so far. They have proposed cutting FDA's current food safety budget — the one that doesn't include FSMA — by $87 million.

But the proposal still has to make its way through the full House and the Senate, where it is likely to meet some resistance.

Taylor says the European outbreak "is a good example of where food safety as a scientific matter is an enormously dynamic challenge. The bacteria themselves change, we know that the food system changes, the way food is produced changes." And FDA needs to be able keep on top of the changes, he says.