Accessibility links
Canadian Med School Dean Irks Students With Copycat Speech : Shots - Health News The dean of the University of Alberta's school of medicine is in hot water after a delivering a moving speech to a banquet for graduating students. The dean's talk drew heavily, and without attribution, from one delivered a year earlier by Dr. Atul Gawande, a noted author. 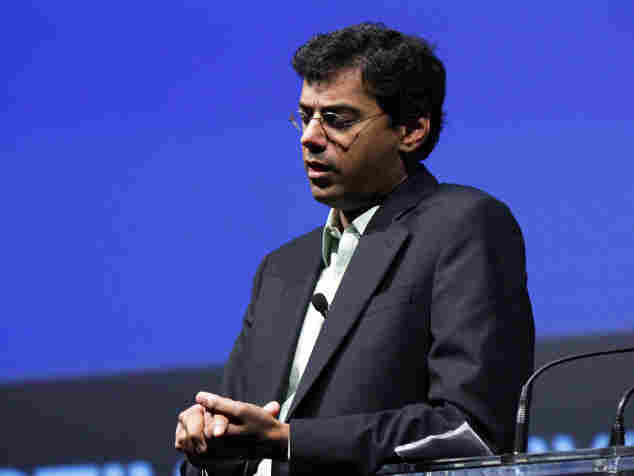 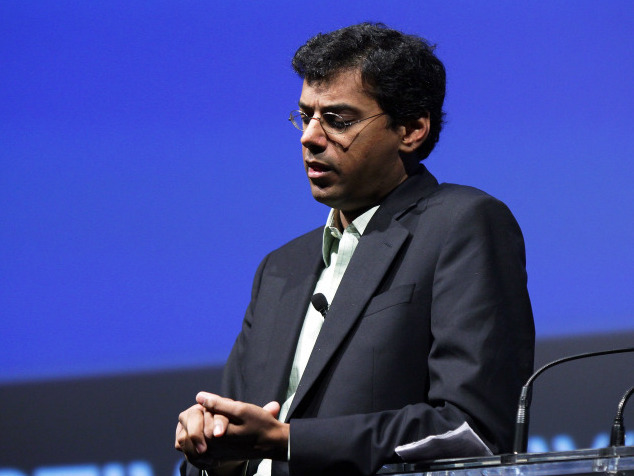 Dr. Atul Gawande at the 2010 The New Yorker Festival in New York.

Students looking to get into med school aren't the only ones accused of cheating.

The dean of the University of Alberta's school of medicine is in hot water after delivering a moving speech at a banquet for graduating students. The problem, according to students who heard it, is that Dr. Philip Baker pretty much lifted the talk from one that surgeon and author Dr. Atul Gawande gave at Stanford last year.

One med school graduate told the Edmonton Journal some students recognized common passages in the speeches — "velluvial matrix," a fictitious medical term invented by Gawande, was a tip off. One guy reportedly used his iPhone to read the text of Gawande's talk (on the The New Yorker's website) as Baker delivered his speech.

Baker, an OB/GYN, apologized to the students, saying in a statement published by the Journal, "there is no excuse for the lapse in judgment which occurred on Friday evening...." He also said he apologized to Gawande.

Earlier this month, we noted another med school scandal in Western Canada. A man eager to improve his chances on the MCAT exam allegedly made use of a hidden camera, wireless computer connection and a group of unwitting brainiacs to help him answer test questions in real time.