Accessibility links
Foods On 'Dirty Dozen' List For Pesticides : Shots - Health News An advocacy group came up with a shopping guide for consumers concerned about pesticide residues in produce. The group's "Dirty Dozen" is headlined by apples, celery and strawberries. The fruits and vegetables lowest in pesticides were led by onions, sweet corn and pineapples.

For Pesticides: Apples Are Worst, Onions The Best

For Pesticides: Apples Are Worst, Onions The Best 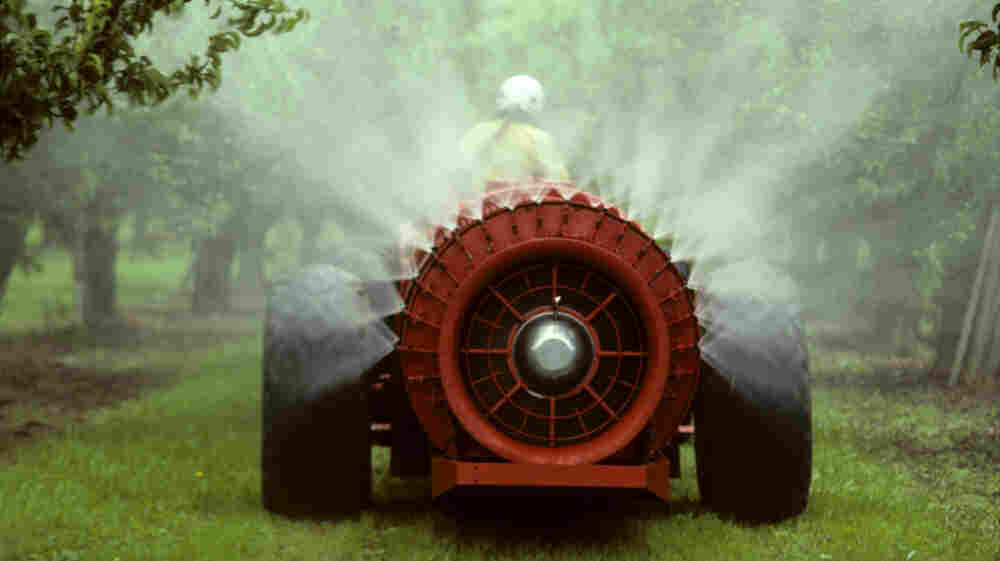 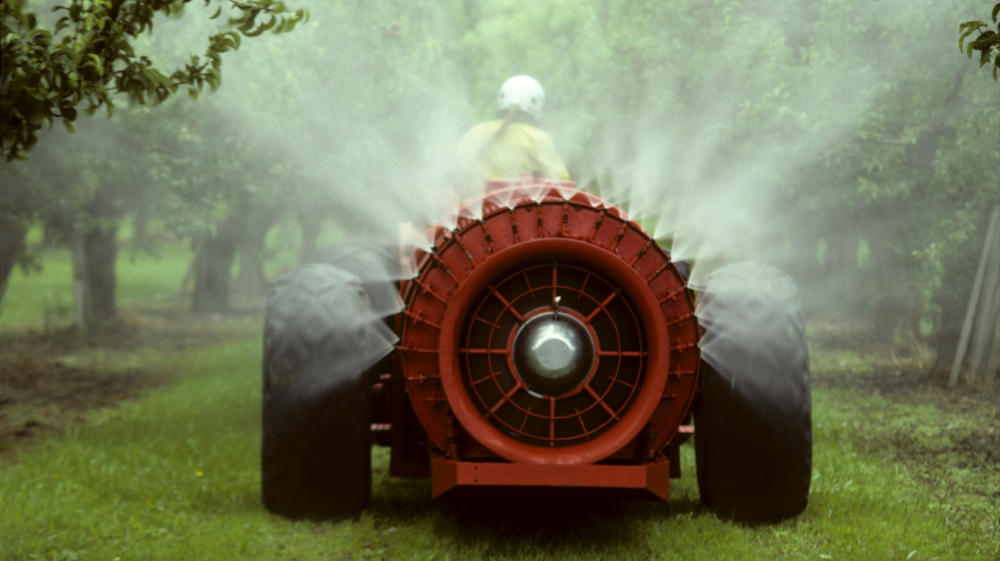 A pesticide sprayer rolls through an apple orchard.

Maybe you overlooked the U.S. Department of Agriculture's yearly roundup of pesticides in foods released last month. It's long and full of tongue-twisting chemicals — like tetrahydrophthalimide and pyraclostrobin — found on some popular produce.

But the Environmental Working Group, an advocate for stricter pesticide controls, has crunched the numbers from that report and a bunch of others to come up with a guide for concerned shoppers.

There's a "Dirty Dozen," headlined by apples, celery and strawberries. And there's also a catchy "Clean 15" of fruits and vegetables lowest in pesticides. The top three on that list: onions, sweet corn and pineapples.

The EWG suggests that people buy organically grown fruits and vegetables for the varieties on its list of the most likely to carry pesticide residues. But the group also says the health benefits from produce mean that "eating conventionally-grown produce is far better than not eating fruits and vegetables at all."

Data from the latest USDA report show that 98 percent of apples and 97 percent of grapes tested had at least one pesticide residue. On the other end of the spectrum, only 0.1 percent of fresh sweet corn had a detectable pesticide.

But organic isn't necessarily synonymous with pesticide free. The USDA report says some organic lettuce tested contained pesticides. The most common residues were from spinosad (found in 18 percent of samples) and azadirachtin A/B, which USDA says are OK for use in organic agriculture.

Overall, the USDA concludes that pesticide contamination of food is below the limits set by EPA.