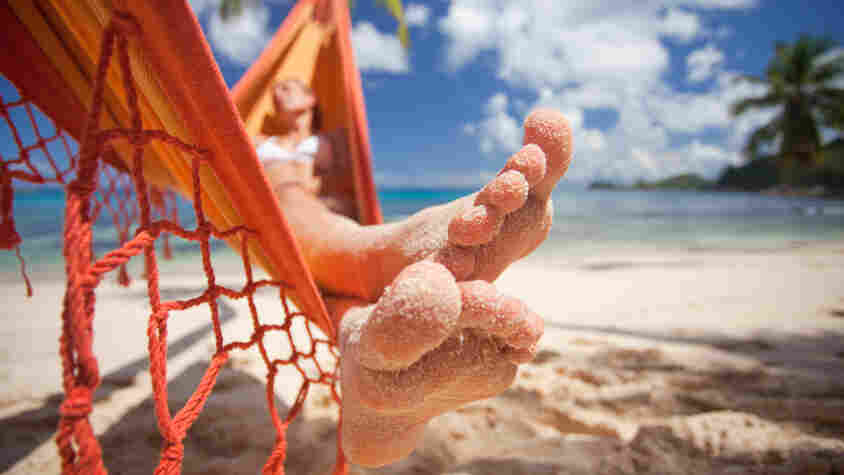 Swaying to and fro can help you rest easier. Amriphoto/iStockphoto.com hide caption 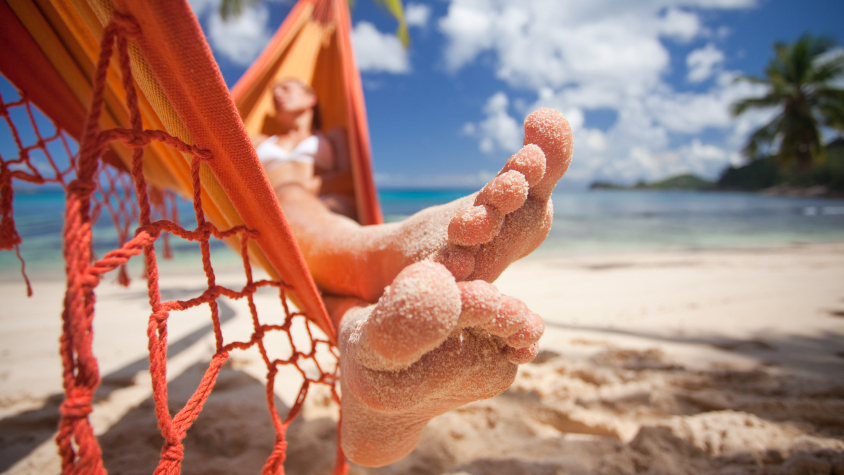 Swaying to and fro can help you rest easier.

Napping in a hammock is one of the more delightful tasks of summer, and Swiss researchers say they now know why.

Neuroscientists at the University of Geneva rigged up a bed so it would sway gently from side to side every four seconds, considerably slower than the pendulum on a cuckoo clock. "This rocking is very gentle, very smooth, oscillating every four seconds," Sophie Schwartz, a professor of neurology who led the study, told Shots. "It's not like rocking like you would see some mothers rocking their babies, it's more gentle."

A dozen adult research subjects napped on the bed for 45 minutes while scalp electrodes recorded brain activity. During one nap the bed swayed; for another, it was stationary.

The scientists weren't too surprised to find that people fell asleep faster when the bed rocked. But they were surprised at the big difference that rocking made in brain activity.

Rocking increased the length of N2 sleep, a form of non-REM sleep that takes up about half of a good night's rest. It also increased slow oscillations and "sleep spindles." Sleep spindles are brief bursts of brain activity, which look like sudden up-and-down scribbles on an electroencephalogram. 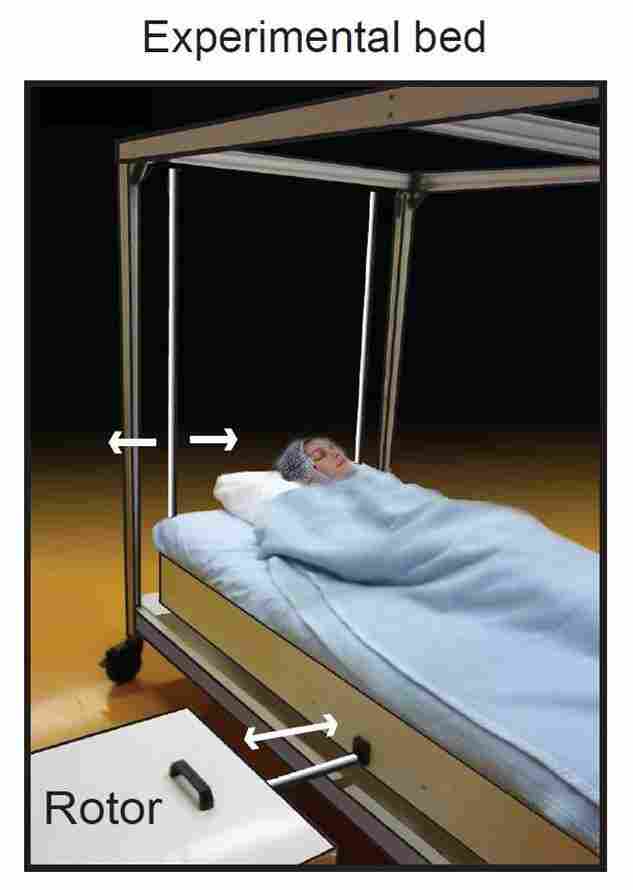 How some sleep scientists simulate a hammock. University of Geneva hide caption

"We were basically trying to find a scientific demonstration of this notion of rocking to sleep," Michel Muehlethaler, a professor of neuroscience who conducted the research with Schwartz, tells Shots. The fact that the brain waves changed so much, he says, was "totally unexpected." The results were published in the journal Current Biology.

That ability is important in recovery from stroke, and the researchers say that rocking while sleeping should be tested on people with strokes or other brain injuries. Rocking is "changing things in your brain," Schwartz says.

The Swiss scientists are eager to try the rocking bed on night-time sleepers, to see if it might help with insomnia and other common sleep disorders. But Shots readers may not want to wait for those results, and instead head directly to the back yard and their own time-tested research tool, the hammock.