Accessibility links
Serious Surgical Mistakes Persist, Despite Safety Rules : Shots - Health News Hospitals and outpatient centers have mandatory rules for surgeons to help them avoid operating on the wrong patient — or part of the patient. But patient safety experts say these devastating mistakes continue unabated and a more comprehensive approach is needed. 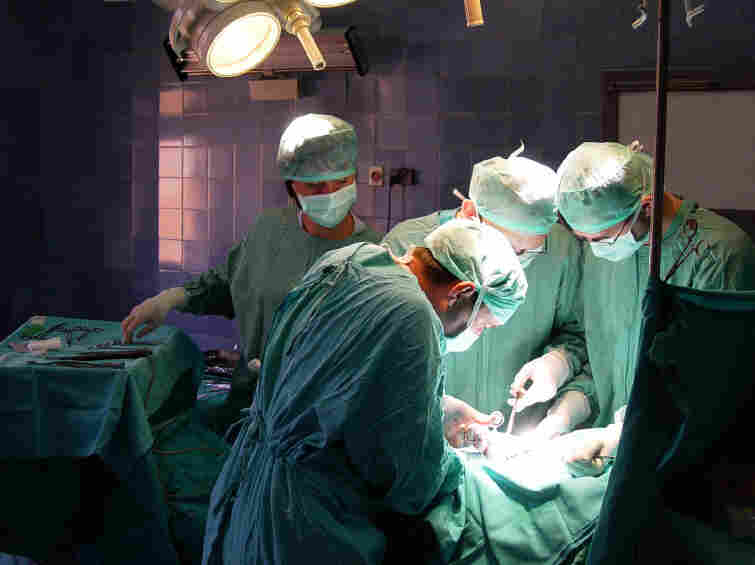 Doctors who talk to a patient before surgery are less likely to operate on the wrong limb than those who first see the patient when he or she arrives in the operating room. iStockphoto.com hide caption 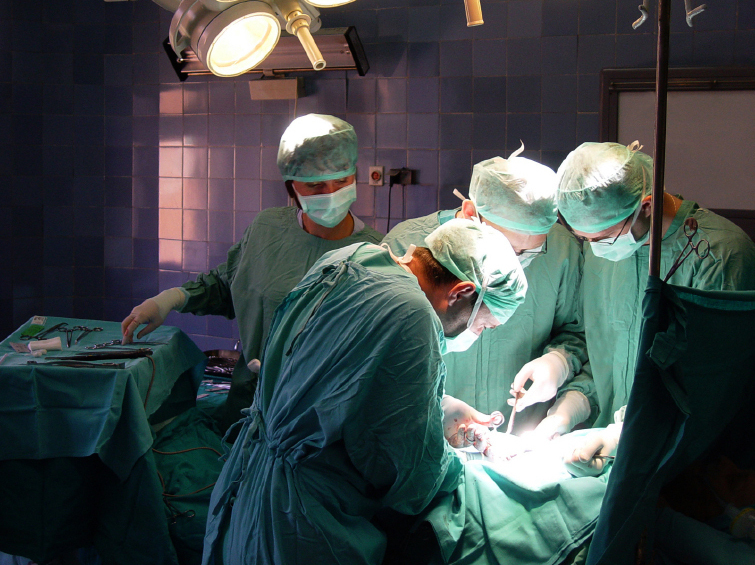 Doctors who talk to a patient before surgery are less likely to operate on the wrong limb than those who first see the patient when he or she arrives in the operating room.

Back in 2004, the Joint Commission, a group that certifies health care providers, issued rules to try and prevent wrong-site surgery — terrible blunders involving the wrong limb or the wrong surgery.

The rules were supposed to became mandatory in hospitals and accredited outpatient centers. At the time, the president of the group that issued the rules called them so obvious that even if they weren't "quite Dick and Jane" simple, they were "pretty close."

He predicted that marking the correct site for surgery on each patient and conducting a timeout could help stop doctors from amputating the wrong leg, cutting into the wrong patient, or performing the wrong surgery.

But these devastating mistakes have continued unabated, and recent estimates put the number at 40 per week in the United States. Studies of wrong-site errors have consistently revealed a failure by physicians to participate in a timeout. Patient safety experts are now demanding a more nuanced, standardized approach.

"The Joint Commission didn't tell people how to do it, so people didn't necessarily do it effectively," said surgeon John Clarke, clinical director of the Pennsylvania Patient Safety Authority, and an expert on wrong site procedures. "There are there subtleties that make a difference."

Communication, it turns out, is essential. Doctors who talk to a patient in the pre-operative area are less likely to make a wrong-site error than those who first see the patient when he or she is wheeled into the operating room.

The attitude of the doctor — the captain of the team in the operating room — is just as important. Those who explicitly ask lower-ranking members to say something if they see something that doesn't look right are less likely to make an error.

Atul Gawande, a Harvard Medical School surgeon and New Yorker writer, noted the value of teamwork in his recent book The Checklist Manifesto: How to Get Things Right. When introductions in the operating room were made before a surgery, Gawande writes, the average number of complications and deaths fell by 35 percent.

Not doing so can have serious consequences. Pennsylvania officials recently described one such case in which a surgical technician realized that a surgeon was operating on the wrong side, but didn't say anything until the patient was in the recovery room after surgery.

Preventable mistakes like these happen when lower level staff members are fearful of incurring the wrath of the surgeon, Clarke said. "There's a big difference between hospitals that take care of patients and those that take care of doctors," he added.

Some hospitals are devising ways to ensure that doctors participate in the timeout: the final step and last line of defense. A recent study of wrong site errors in Colorado found that in 72 percent of 132 cases, doctors did not.

One Minnesota hospital uses a "timeout" towel: The nurse in charge throws a sterile towel over the surgical instruments, which are not to be uncovered until the timeout has been completed.