Accessibility links
New Cigarette Labels Are Gruesome On Purpose : Shots - Health News The FDA's revamp of its anti-smoking campaign might make us a bit squeamish, but isn't that the point? The agency enlisted 18,000 people to help it pick the images that made people want to quit or never start smoking. 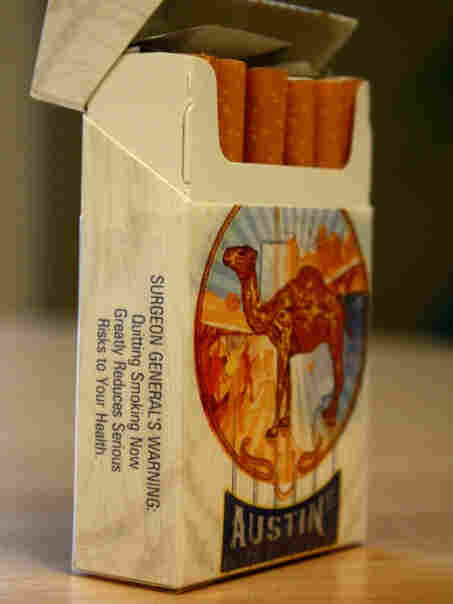 Out with the old warning label MoneyBlogNewz/Flickr hide caption 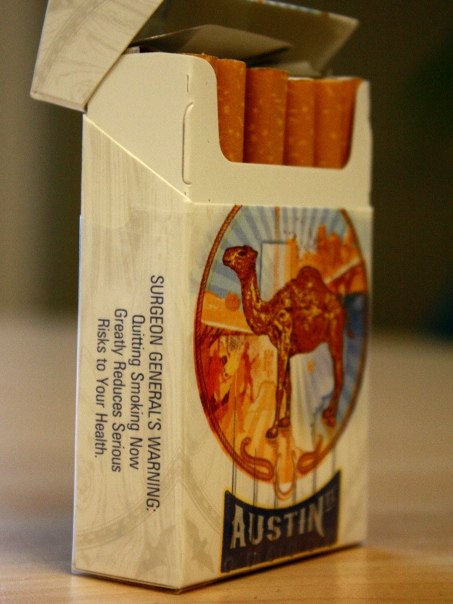 Out with the old warning label

The Food and Drug Administration's revamp of its dated anti-smoking campaign was long overdue. And, although the new graphic images make us a bit squeamish, that's kind of the point.

But how did they get to be so gruesome?

FDA Commissioner Margaret Hamburg, came by the NPR studios to speak with Michele Norris of All Things Considered, to explain that it was time.

Various studies showed that the warnings, in small typeface on the side of cigarette packs that say things like 'Cigarette Smoke Contains Carbon Monoxide.' "had lost their power and effect," Hamburg said.

When Congress passed a new law two years ago, giving the FDA the authority to regulate tobacco products, it were also required to create graphic warning labels on cigarette packages and advertisements. "We did take a very serious and scientifically based look at what kinds of warning labels and how to implement this important new law," said Hamburg.

The FDA got 18,000 people to look at images the agency developed — in fact, it was the largest consumer response study ever undertaken for health warning labels, Hamburg said. The agency gauged peoples' reaction, whether it made smokers more likely to want to quit, and whether it made nonsmokers less likely to take up smoking.

The agency eventually settled on nine images, including one of a tracheotomy patient smoking and another of cancerous lesions on the gum.

Starting next September, cigarette makers will have to rotate those nine images across the top half of their cigarette packs.

"We absolutely believe that these warning labels will make a difference," said Dr. Hamburg, who said the agency has studied other countries where graphic warnings have existed for awhile.

While they hope to reach young, old, and current smokers with the campaign, a key target is younger people who haven't yet taken up the habit.

"It's important to realize that most people who are smoking today actually started smoking before they were age 18. You can stop people from starting to smoke. You can prevent them from a lifetime of health related danger and risk."

For the whole interview, click on the link above.