To Keep Off Pounds: Pass The Nuts, Hold The Chips

To Keep Off Pounds: Pass The Nuts, Hold The Chips 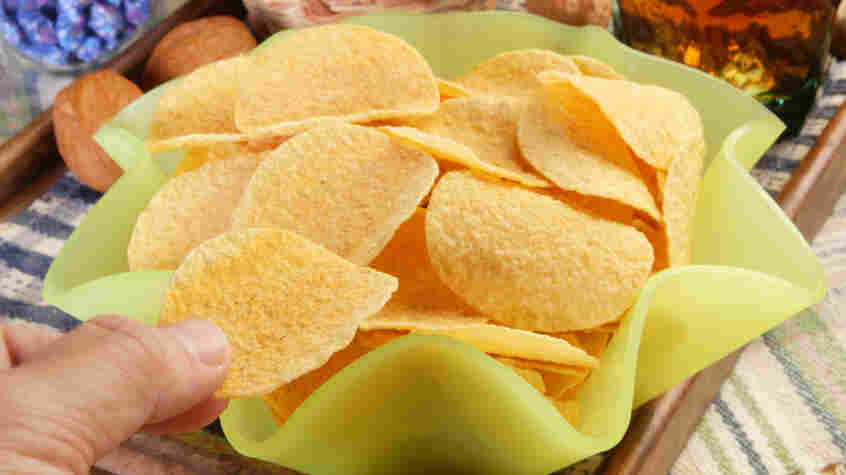 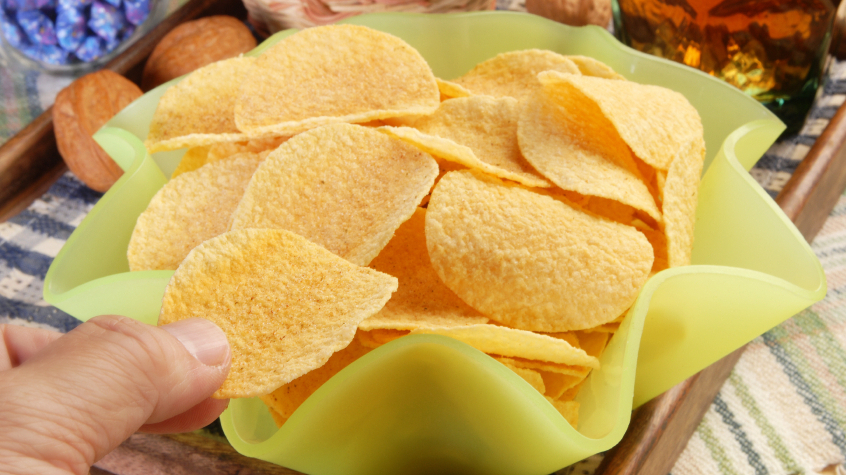 Skip the chips to help keep weight gain at bay.

To keep from gaining weight as you age, the conventional wisdom says you have to cut calories and exercise more.

But exactly what you eat and drink can make a big difference, too, according to provocative findings just published by Harvard researchers.

"All foods are not equal, and just eating in moderation is not enough," lead researcher Dr. Dariush Mozaffarian, an epidemiologist, told the Washington Post. The results appear in the latest issue of the New England Journal of Medicine.

So what's going on? They figure that eating more of these foods may have led to lower consumption of foods that are higher in calories.

And how could that be? More fiber and slower digestion of these foods could be part of the answer. 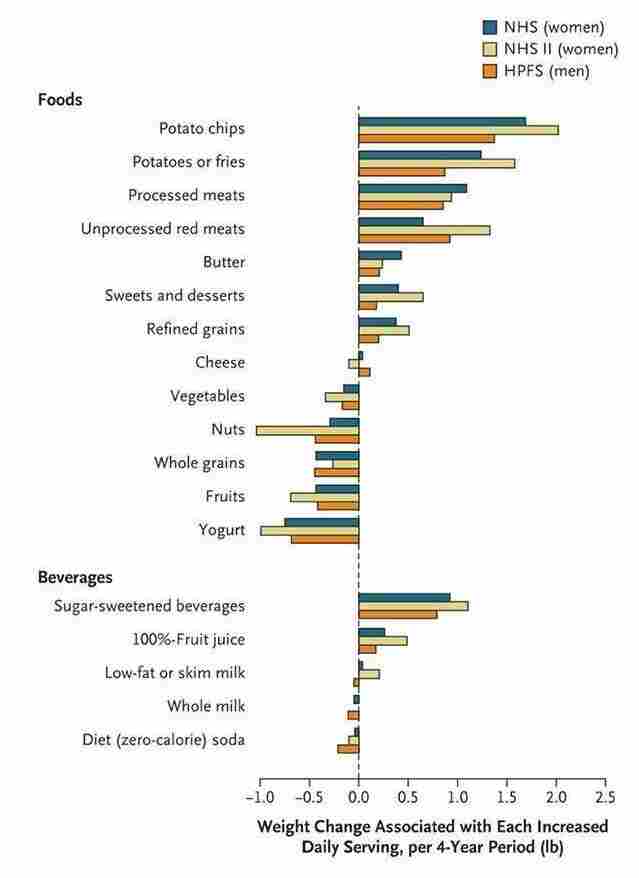 Potatoes — chips, fries and plain — lead the list of foods that can pack on the pounds. Courtesy of NEJM hide caption 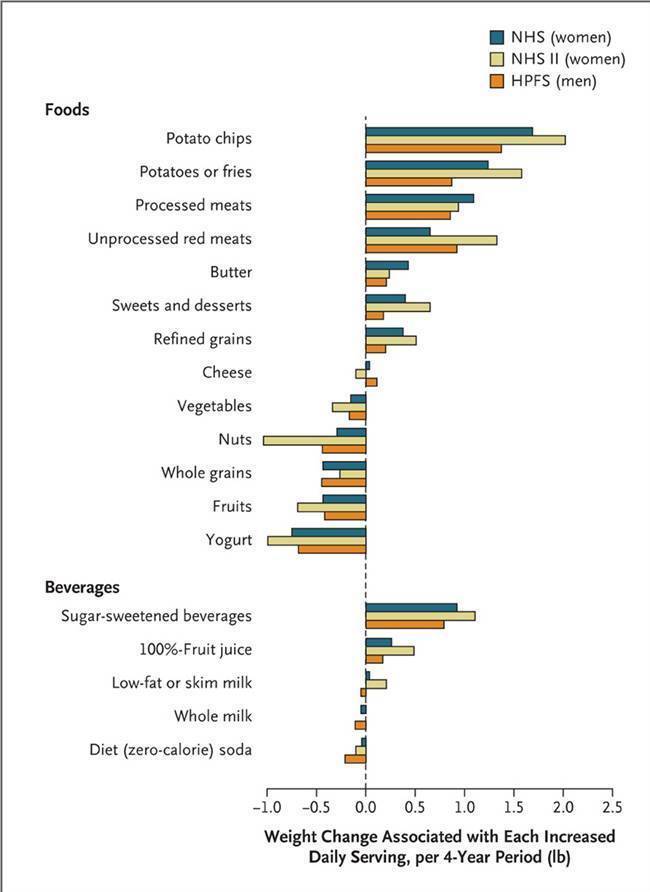 Potatoes — chips, fries and plain — lead the list of foods that can pack on the pounds.

Yogurt, though, was also a winner, and it's no fiber bomb. The researchers aren't exactly sure how it helps keep waistlines in check, though it could have something to do with good work the bacterial cultures do inside our intestines. It's also possible that people who eat a lot of yogurt have other healthful habits.

The worst of the bad food news can be summed up in one word: potatoes.

Potato chips, french fries, mashed potatoes, boiled potatoes and baked potatoes were associated with the biggest weight gains over time. For every additional daily serving of potatoes people ate, they gained more than 1 1/4 pounds over a four-year period.

After taters, sugary drinks (sodas!), unprocessed red meat, and processed meats, such as hot dogs and bacon, were the worst offenders.

The federally funded study looked at the eating and exercise habits of more than 120,000 people, who were mainly white and well-educated. The data came from two big studies involving nurses and another that enrolled various health professionals.

Information about what the people ate, and how much of it, came from questionnaires rather than direct measurements.

The bottom line: little changes in diet could make a big difference in weight over time. Mozaffarian told the Wall Street Journal the study's findings suggest "that the path to eating fewer calories is not simply to count calories, but to focus on consuming a more healthy diet in general."