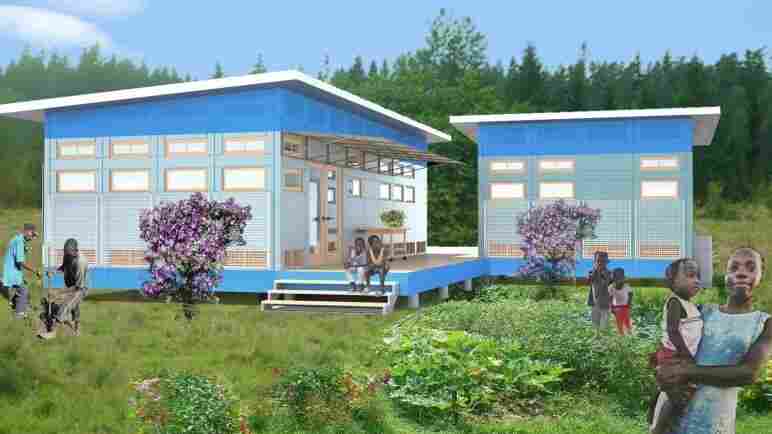 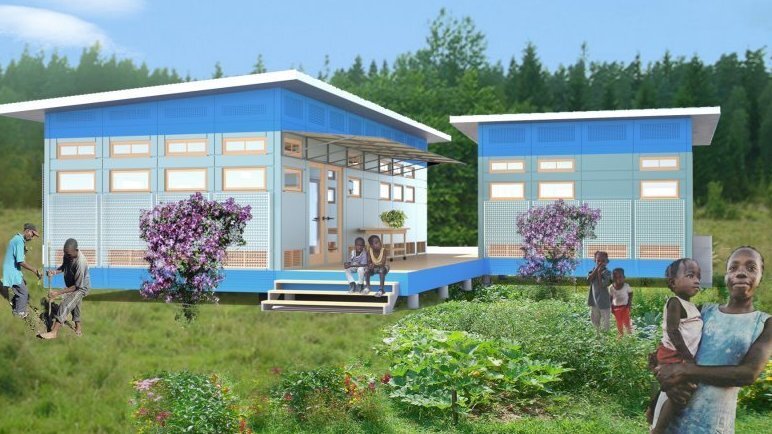 When it comes to beating tuberculosis, the focus is usually on better drugs and tests and, maybe someday, a vaccine. But what about building better homes for people at risk of catching the infection?

That's what Peter Williams, a Jamaican-born architect and a visiting scholar in the Healthy Infrastructure Research Centre at the University College London, is doing with a little group he founded called ARCHIVE (Architecture for Health in Vulnerable Environments). The New York-based nonprofit wants to use one basic need – housing – to help satisfy another – health.

Williams has worked all over the world, and he's seen a lot of overcrowded slums in his day — places where TB bacteria, which travel by air, can have a field day, jumping from person to person in tight, badly ventilated spaces. Good ventilation, according to the National Institute of Allergy and Infectious Diseases, is the most important way to prevent TB transmission anywhere.

Williams tells Shots he realized early on that the state of your home can have a direct impact on your health. As a child in Kingston, Jamaica, he saw his father succumb to an illness from a rodent that crawled in through their home's patchy flooring. Since then he says he's realized there's an untapped opportunity to get architects and planners to join forces with epidemiologists and doctors around housing and health.

ARCHIVE's first project is in the town of Saint-Marc in Haiti, a country with a big TB problem (306 cases per 100,000 people in 2007, according to the World Health Organization) as well as an urgent need for new housing. At particular risk are people there with HIV, for whom coinfection with TB would be especially devastating.

ARCHIVE wasn't sure how the homes should be designed, so it put out a call for designs. Some 1,600 people from around the world in diverse teams – architects, engineers, physicians and immunologists among them — submitted ideas, which were winnowed down to 20 finalists.

Construction of the five winning prototypes began in June in Haiti. When they're finished in about three months, the locals will test them out, and then ARCHIVE will choose one to replicate for 20 members of the community.

What makes these houses so special? They use stacked ventilation with perforated walls to maintain continuous airflow. They also have less indoor humidity and better access to sunlight. Breathe House, the winning prototype, was designed by architects and their students from the U.S. and U.K., and comes with a user's guide for easy construction with mostly local materials.

ARCHIVE will have to foot the bill for the homes, which, even at $50,000 a pop, are still totally out of reach for most Haitians. So one has to wonder whether this is a realistic solution to a nationwide epidemic of tuberculosis.

You can check out a gallery of the five prototype homes for Haiti here.