Accessibility links
Poll: Generation Y Divided On Abortion, Like Its Parents : Shots - Health News The millennial generation supports gay marriage. And the same group also supports abortion rights, but is conflicted in doing so. Overlapping majorities of respondents to a new poll described themselves as both "pro-choice" and "pro-life."

Poll: Generation Y Divided On Abortion, Like Its Parents

Poll: Generation Y Divided On Abortion, Like Its Parents 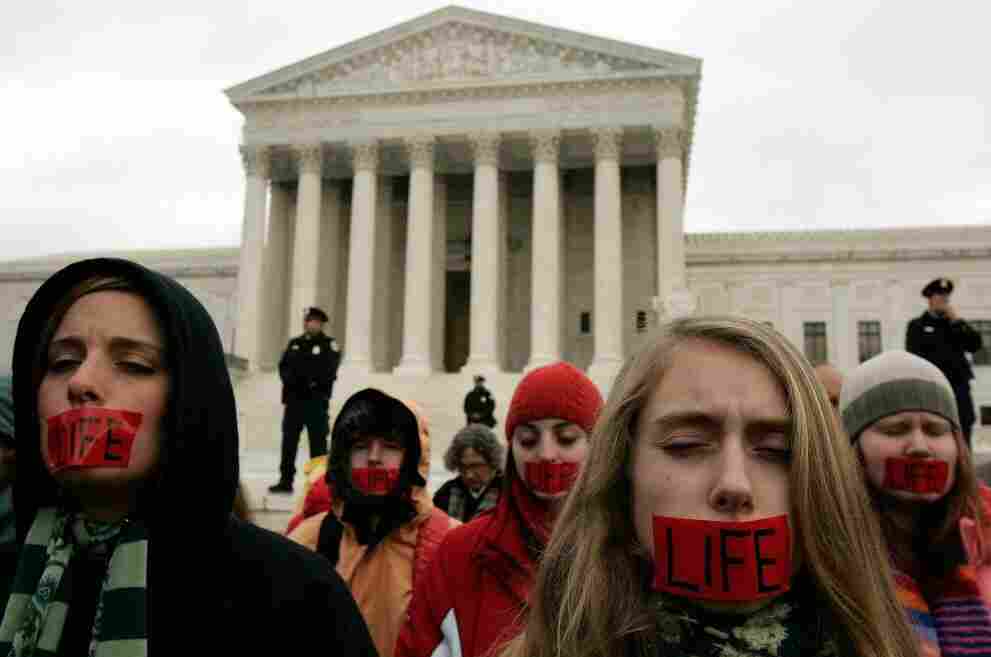 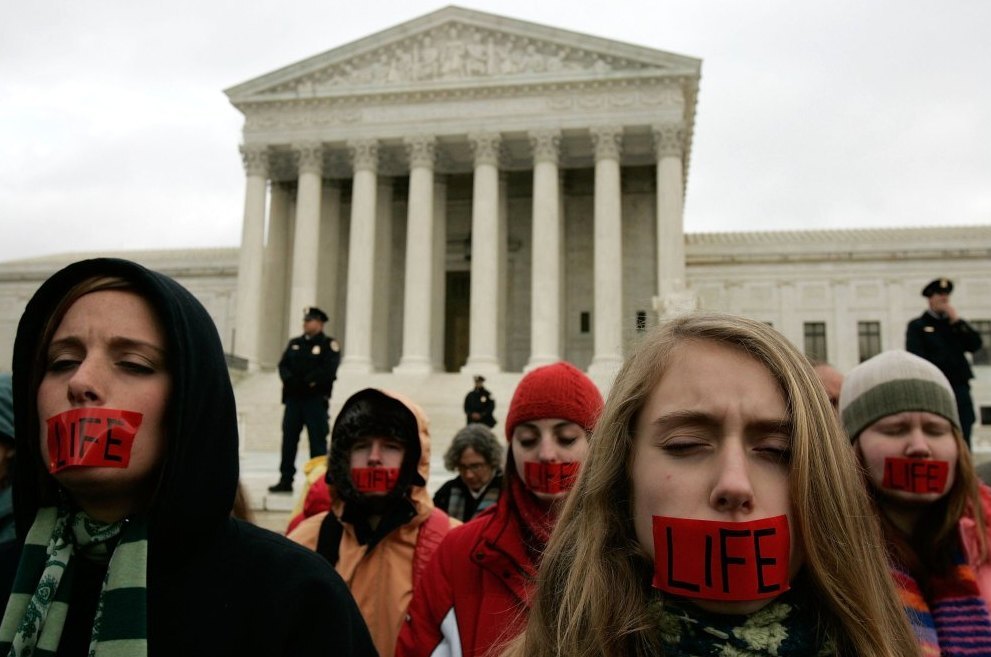 Members of Bound 4 Life, a group opposed to abortion rights, pray in front of the U.S. Supreme Court in early 2006.

Millennials, Generation Y, echo boomers. Whatever you want to call them, the generation of young people born after the 1970s ended is known as a socially tolerant and politically liberal bunch.

But a new poll out today finds that abortion is not one of the issues on which the children are more liberal than their parents.

"Don't get me wrong, they are pro-choice. Six in 10 millennials say abortion should be legal in all or most cases," says Robert Jones, CEO of the Public Religion Research Institute and lead author of the study.

And Jones says that's not much different from their parents. Yet when it comes to same-sex marriage, those same younger voters "are nearly 20 points out ahead" in terms of approval.

Jones says that "decoupling" of what have traditionally been issues that people held similar views about may be due to the fact that so many more young people — 63 percent — say they have a close friend or family member who is gay or lesbian. As a result, he says, "6 in 10 say (homosexual) sex is moral. They're more divided on the morality of abortion."

In fact, the survey found that millennials are more divided on all sorts of things when it comes to abortion.

For example, while the millennials and their parents are close together on their opinions about whether abortion should be legal, the younger generation is eight percentage points more likely to think that at least some health care providers should provide legal abortions. That means many of those young people who believe abortion should not be legal also believe it should be legally available.

Of course holding contradictory beliefs on abortion is nothing new, not for this generation or any other. As the study points out, majorities of the public at large simultaneously believe abortion is morally wrong (52 percent) and that it should be legal in all or most cases (56 percent).

A recent NPR-Thomson Reuters poll on abortion found that 52 percent of people believe it should remain legal in all or most cases. And legalities aside, 59 percent believe abortion is morally wrong.

The Public Religion Research Institute found that among every age group surveyed, overlapping majorities said they described themselves as both "pro-choice" and "pro-life." For millennials, three-quarters said they identified with the term pro-choice, while 65 percent said they could also be described as pro-life.

The poll of 3,000 people is one of the largest ever done on this issue, and includes 750 cell phone interviews, since the younger generation tends not to have landlines.