Accessibility links
Botulism Strikes Two Who Tasted Spoiled Potato Soup : Shots - Health News Two unfortunate people came down with botulism this year after tasting spoiled potato soup, the Centers for Disease Control and Prevention says. In both cases the soup, which was supposed to be refrigerated, was left out at room temperature for weeks. 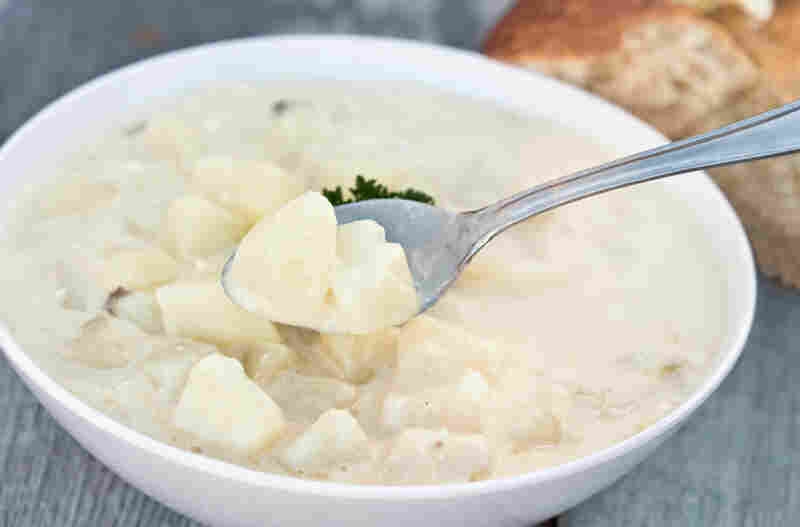 If your potato soup came from a bulging, unrefrigerated container, don't even taste it. Stephanie Frey/iStockphoto.com hide caption 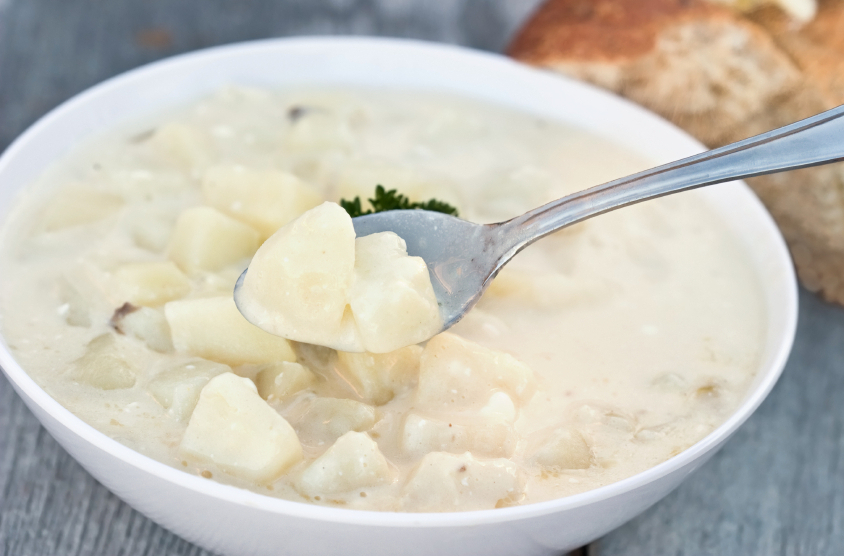 If your potato soup came from a bulging, unrefrigerated container, don't even taste it.

If you absolutely must have some botulism toxin in your body, please make sure it's put there by a health professional to smooth wrinkles or for some other medical purpose.

Eating the stuff could land you in the hospital — or worse.

As the Centers for Disease Control and Prevention reported this week, two unfortunate people who took small tastes of spoiled potato soup came down with botulism.

In late January, a 29-year-old man in Ohio tried a little soup from "a bulging plastic container, noted a bad taste, and discarded the remainder," says the CDC's Morbidity and Mortality Weekly Report. The soup, from the refrigerated section of local market, had gone unrefrigerated for 42 days. Forty-two days!

Even a minuscule amount of botulism toxin, one of the most poisonous proteins known, can be life-threatening.

Five days after the soup slurp, the man was hospitalized. He was having trouble breathing and swallowing. He was also dizzy and had blurry vision.

In the hospital, he was put on a ventilator and got treated with antitoxin provided by the CDC. After nearly two months, he was transferred to a rehab facility.

In April, a Georgia woman tasted some yucky potato soup and ended up in the hospital after four days of worsening dizziness and trouble swallowing. How did it happen? She tasted some potato soup that had gone unrefrigerated for 18 days, despite, as the CDC explained, a label that said " 'keep refrigerated' in letters 1/8 inch tall."

She also got antitoxin. After a 16-day hospital stay, she was still weak and was transferred to rehab.

Clostridium botulinum bacteria grow in dirt. Their spores can wind up on potatoes and other vegetables and then, when conditions are right, the bacteria can grow like mad, producing the deadly toxin. The bacteria don't like oxygen, so a sealed container is just dandy for them. And a low-acid food, like potato soup, is another plus for growth, the CDC says.

Heating food to 185 degrees for at least five minutes destroys the toxin. But people might not do that with something like vichyssoise sold in the refrigerated section of the supermarket.

The CDC says there have been 19 cases of botulism from commercially prepared foods sold chilled. Keep them that way to avoid trouble. And if there's any sign of bulging, throw the stuff in the trash right away.