Accessibility links
Medicare Payment Board Draws Brickbats : Shots - Health News The health care overhaul law calls for an independent board to make recommendations for ways to reduce Medicare payments without cutting benefits or increasing costs to beneficiaries. But Congressmen from both sides of the aisle are growing doubtful that such a board will work. 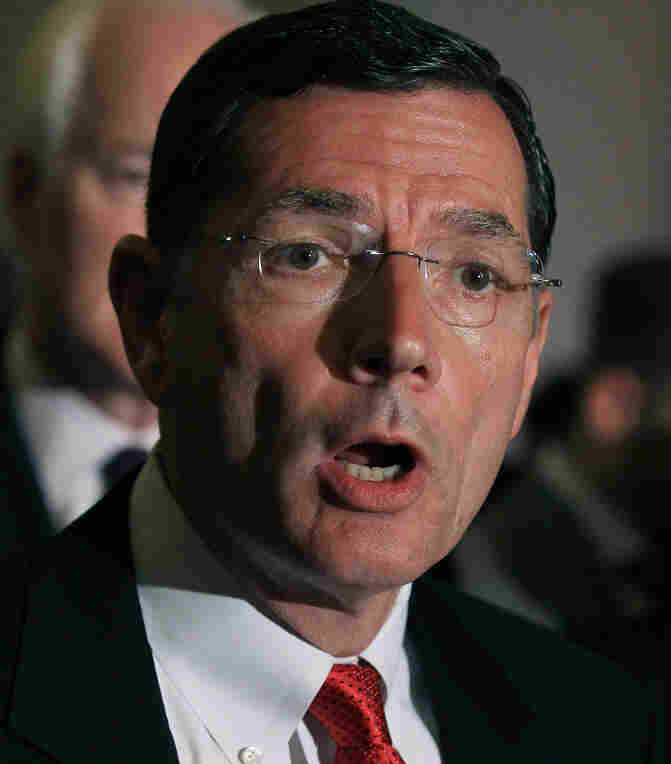 Sen. John Barrasso of Wyoming is one of many lawmakers who opposes the the new Independent Payment Advisory Board. Mark Wilson/Getty Images hide caption 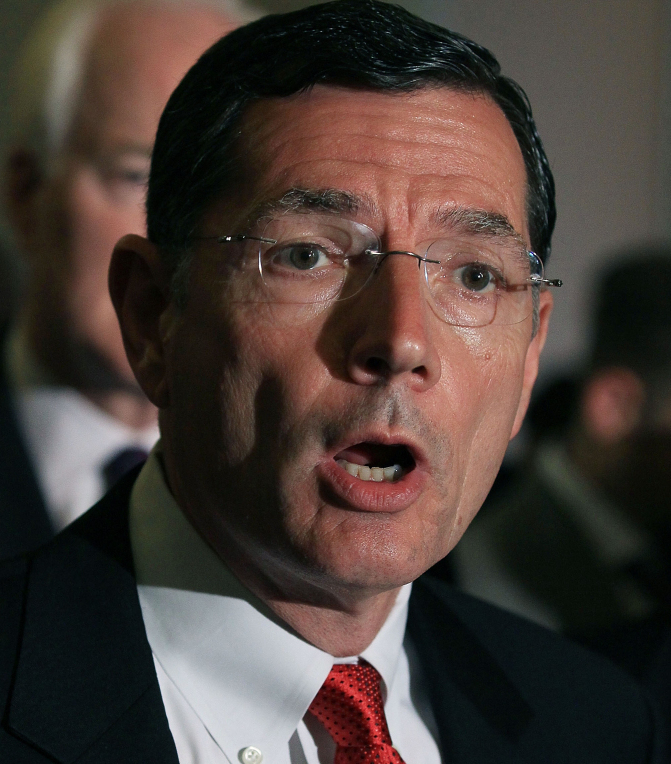 Sen. John Barrasso of Wyoming is one of many lawmakers who opposes the the new Independent Payment Advisory Board.

One thing both Democrats and Republicans agree on is that they can't solve the deficit problem without slowing the growth of the massive Medicare program for the elderly and disabled.

But here's an irony. Republicans and a growing number of Democrats also seem to agree that they don't like the one aspect of last year's Affordable Care Act that actually would effectively reduce Medicare spending.

It's called the Independent Payment Advisory Board, or IPAB for short.

Republicans hate it. A lot.

"I believe it is a rationing board that is going to ration care for our seniors," said Sen. John Barrasso (R-WY) at a news conference last month.

Added Rep.Diane Black (R-TN) at that same event, "a board that is appointed people that are going to make decisions about what kind of care is going to be given to the patients will destroy the very core of what has made our medical system the best in the world."

Democrats don't use such hyperbole, but more than half a dozen have signed on as cosponsors of a bill that would repeal the board. And many more, particularly Democrats in the House, never supported creating the board in the first place.

What the law actually calls for is a board of 15 health experts, to be appointed by the president and confirmed by the Senate. Their task is to make recommendations for ways to reduce Medicare payments without cutting benefits or increasing costs to Medicare beneficiaries.

That's not much different from an existing panel of expert Medicare advisers, the Medicare Payment Advisory Commission, or MedPAC. Except for one thing. Congress is free to ignore MedPAC's recommendations. And it does, routinely.

That won't be the case with the new IPAB. Its recommendations will take effect unless both houses of Congress override them with a two-thirds vote. Republicans – and more than a few Democrats – find that excessive.

"Even if the Congress could muster up, both the House and the Senate, a two-thirds vote, which is virtually impossible, but in the remote possibility that we could; we would have to find cuts somewhere else other than what they recommended in the Medicare program, said Rep. Phil Gingrey (R-GA), co-chair of the GOP Doctors Caucus.

But backers of the new board say it's likely to do a better job deciding how to pay doctors, hospitals, and other medical providers than Congress itself does.

Sen. Jay Rockefeller (D-WV), who's one of the new board's biggest backers, says now, the biggest winners are inevitably those with the most effective lobbyists.

"The Congress often doesn't know how to say no and the Congress has a practice of never saying no, and so costs go up," he said at a recent Finance Committee hearing.

Rather, says Rockefeller, it would be better not only to insulate Congress from all those lobbyists, but to get people with more expertise on deciding how medical providers should be paid. "You want to have the Gail Wilenskys...and the Bruce Vladecks," he said, referring to former heads of the agency that runs Medicare. "People who have broad health care policy experience making those decisions."

But there's a problem. Both Wilensky and Vladeck – the former a Republican and the latter a Democrat — think the IPAB is a bad idea.

Wilensky, who oversaw Medicare for the first President Bush, says she's sympathetic to Congress's desire to insulate itself from the lobbying onslaught. But she worries that the board is limited to looking only at payments to health providers, which she says "could fundamentally alter the incentives involved in physicians and providers participating in Medicare."

In other words, it could end up driving Medicare payments so low that providers will simply leave the program, or else go bankrupt if they can't.

But not every outside expert thinks the board is a bad idea. Princeton health economist

Uwe Reinhardt said Germany has a similar independent group that writes all the nation's health care regulations. And he and a group of colleagues who saw it in action a few years ago were amazed at how efficient it is.

"Go to Germany, study it, and you will find that this really works. It's civilized," he said.

But two days of hearings that begin today with Health and Human Services Secretary Kathleen Sebelius at the House Budget Committee will likely show that those from both parties doubt such a board will work here in the U.S.