Accessibility links
Record Drug Shortages Put Strain On Hospitals : Shots - Health News Last year was the worst ever for drug shortages at the nation's hospitals, according to a nationwide survey. Shortages have led to delays in patient care and made pharmacists scramble to find alternatives.

If you're hospitalized, here's hoping you won't need any succinylcholine, a muscle relaxant; epinephrine in a syringe for severe allergic reactions; or emergency-use syringes of lidocaine for irregular heartbeats. 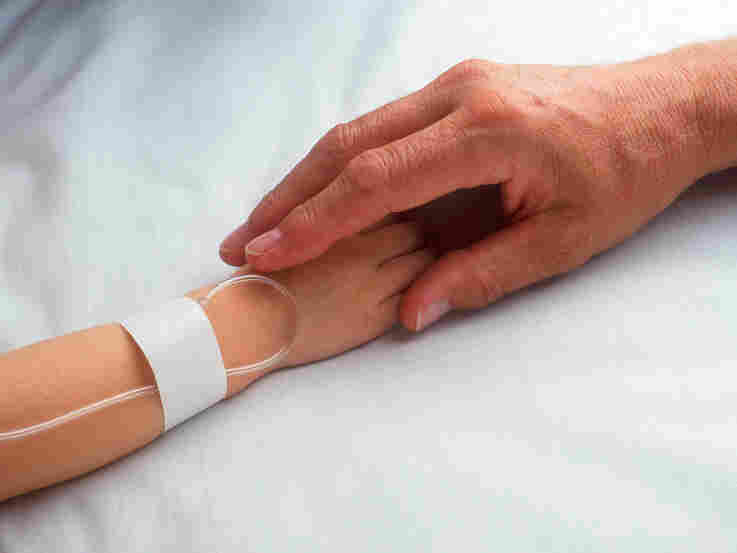 All three of those drugs are high on the list of drugs experiencing shortages.

Last year was the worst ever for drug shortages at the nation's hospitals, according to a paper just published online by the American Journal of Health-System Pharmacy. There were 211 drugs that were in such short supply pharmacists had to scramble to find alternatives, a nationwide survey found.

The paper was released to coincide with data from another survey by the American Hospital Association that found nearly 100 percent of hospitals have had at least one drug in short supply in the last six months.

The AHA found 82 percent of hospitals say they have delayed treatment because of shortages. Three of four hospitals said they've rationed or otherwise restricted use of drugs in short supply.

What's going on? The Food and Drug Administration says quality problems and other manufacturing issues are big parts of the problem. Another factor is drug companies deciding to discontinue making some medicines.

As of this morning, the pharmacists' group had 195 medicines on its list of drugs in short supply. The FDA has its own list here, and by the agency's count there were 178 drug shortages in 2010.

The hospital group says drugs for surgery/anesthesia, emergency care and cardiovascular use were affected the most. More than half the surveyed experienced at least 21 drug shortages during the six-month period of interest, the AHA says.

The hospital and pharmacist groups support a range of actions to deal with shortages, including an early-warning system and perhaps even incentives to get drugmakers to produce more of the drugs in short supply.

Update: The Oregonian's Nick Budwick took a look last week at the human toll a shortage of leucovorin is taking on cancer patients.