Accessibility links
Organic Water: A New Wave In Marketing : Shots - Health News Marketing products as organic may attract customers, but the claim may be a little much for water. A quick Google search and a spin through the Fancy Food Show turn up lots of organic bottled water. It might be time to separate out some popular marketing buzz words from the actual science. 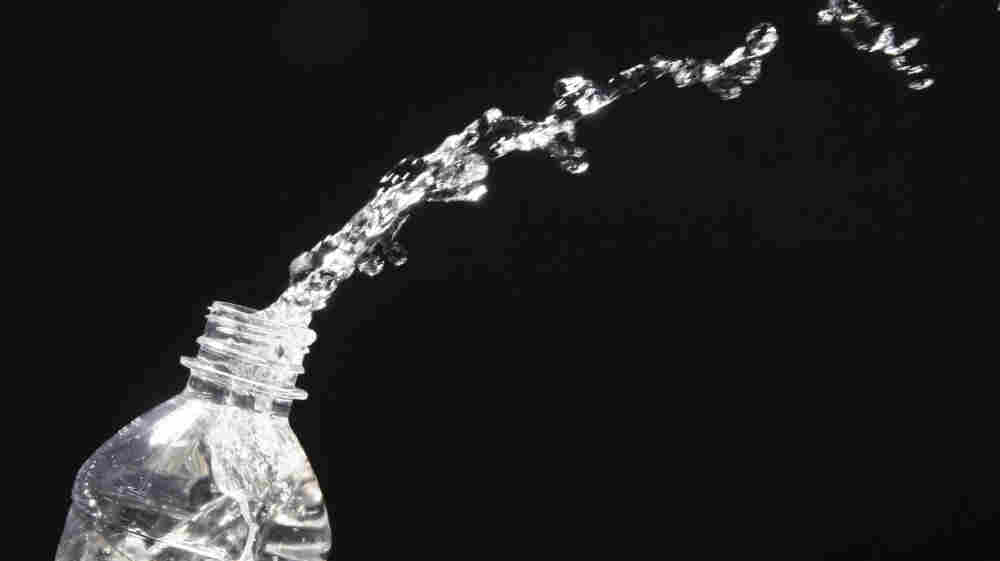 Bottled water goes organic, but how is that even possible? iStockphoto.com hide caption

A funny thing happened at the Fancy Food Show in Washington the other day.

We were cruising through the various food exhibits from around the world, checking out the latest goodies, including gluten-free snacks, quinoa in a bag, and relaxation drinks, and then we came upon the food display from Wales.

As the company's website says, "Illanllyr ... comes from our sources beneath certified organic fields in west Wales in the UK." So, Ewell says, the water has never been tainted with chemicals, making it organic as it as it emerges from the ground.

OK, so the soil above the water source is organic. We get that. But the water itself, organic? Maybe it's time to separate out the marketing buzz words from the science.

Remember the properties of water? H2O means each molecule of water contains two atoms of hydrogen (H) joined to one atom of oxygen (O). In order for something to be organic — as in alive — it needs carbon. So water, by definition is inorganic.

The U.S. Department of Agriculture, which defines the term organic when it comes to agricultural products in this country, specifically excludes water and salt. Table salt, or NaCl, is made up of sodium (Na) and chlorine (Cl). No carbon there, either, folks.

"This is kind of silly. Of course, people can buy and sell what they want, but this is an example that people know so little about water," Charles Fishman tells Shots. He's the author of The Big Thirst: The Secret Life and Turbulent Future of Water.

Illanllyr isn't the only one using the term organic loosely. A quick Google search turns up dozens of brands of waters claiming to be organic. "Marketing water this way doesn't make it look special," Fishman says. "Let's go with cosmic water — it all came from space in the first place — how about selling it that way," Fishman quips.

Clean, pristine, and cosmic. Now that's catchy. Try that for a label.