Accessibility links
Smoking In California Hits Record Low : Shots - Health News California health officials say smoking rates in the state are down to 11.9 percent, making it only the second state so far to achieve a federal target of reducing adult smoking rates to 12 percent by 2020. 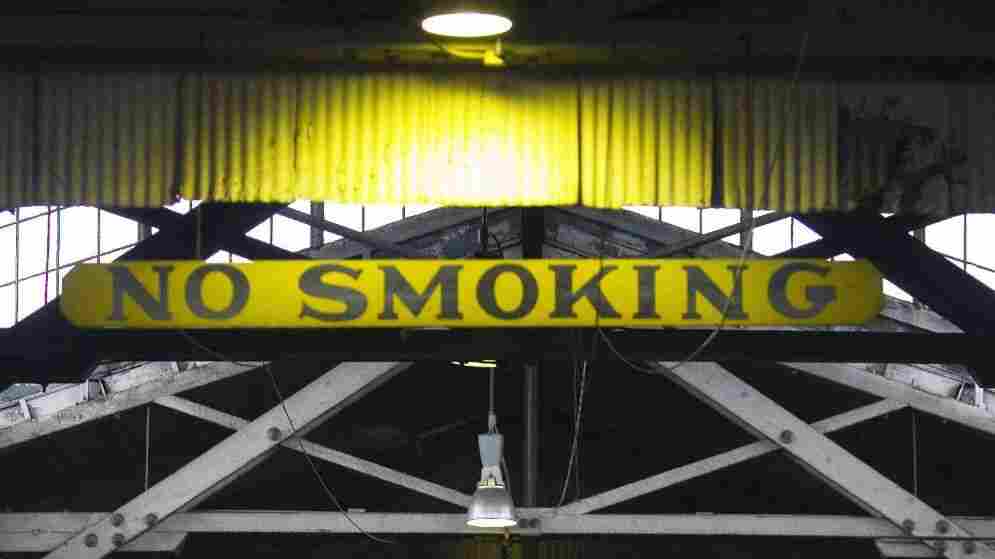 Messages like this on one at Pier 27 in San Francisco seem to be getting through to Californians. Thomas Hawk/Flickr hide caption 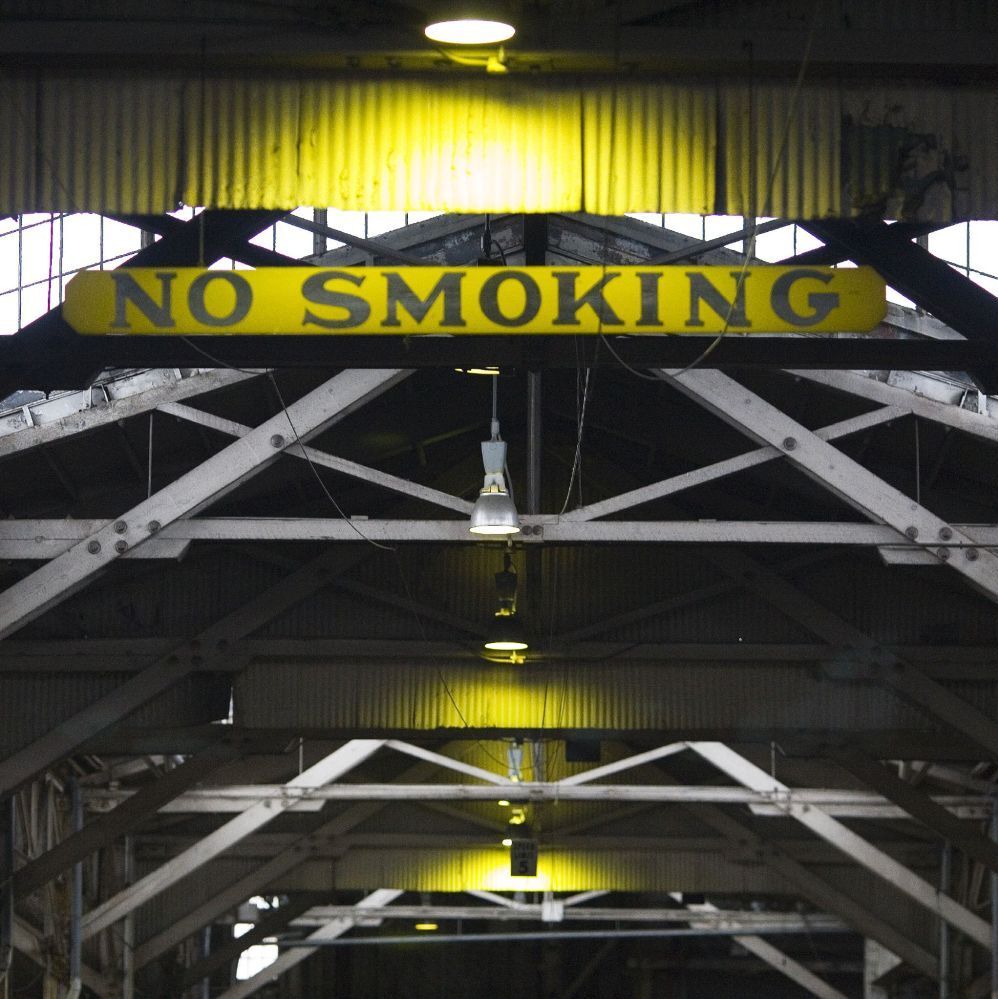 Messages like this on one at Pier 27 in San Francisco seem to be getting through to Californians.

California health officials say smoking rates in the state are down to 11.9 percent, a new low. And the latest figures make it only the second state so far to achieve a federal target of reducing adult smoking rates to 12 percent by 2020 so far. Utah got there first, in case you were wondering.

Across the nation, 1 in 5 Americans still smokes. And federal health officials say more than half of all children are regularly exposed to secondhand smoke, setting them up for future harm from cancer, heart disease and a variety of other ailments.

In California, health officials estimate that 1 million lives have been spared and more than $86 billion have been saved in care for tobacco-related illness over the past two decades. Officials say the credit goes to aggressive antismoking campaigns and health promotion in the state.

"California has always been in the forefront", says Colleen Stevens, who heads the Tobacco Control Branch of the California Department of Public Health. Back in 1988 California taxpayers agreed to put a 25 cent tax on every pack of cigarettes. "No one had ever done this before," says Stevens. The money was earmarked to pay for medical care for tobacco related illness. But it also funds tobacco research and tobacco control programs both in schools and local communities.

Today the California state tax on a pack of cigarettes is 87 cents. That's quite a bit lower than the $2 in taxes charged by many other states. But California has reaped the benefits of other interventions over time, says Stevens. In addition to the tax, California became the first state in the nation to ban smoking at indoor work sites and restaurants in 1995 and then in bars in 1998, which was "absolutely unheard of at the time," says Stevens.

Many people thought mandating smoke-free environments in bars just "went too far," Stevens says. But today, she points to "a whole generation of 30- somethings who have never been to a smoky bar." It's expected now, she says, "that you can go to a bar and have a glass of wine and not come out smelling like smoke!" It all adds up to a social norm where tobacco is simply not acceptable.

The decline in smoking in 2010 was found among all races, including African Americans, Hispanics and Asians. Smoking among high school students decreased, and rates for both men and women declined across the board.

Unfortunately, men still smoke more than women, as do African American men and women and Hispanic men. The most significant decrease occurred among adults ages 25 to 44.

For more on the changes in California, take a look at the data charts.