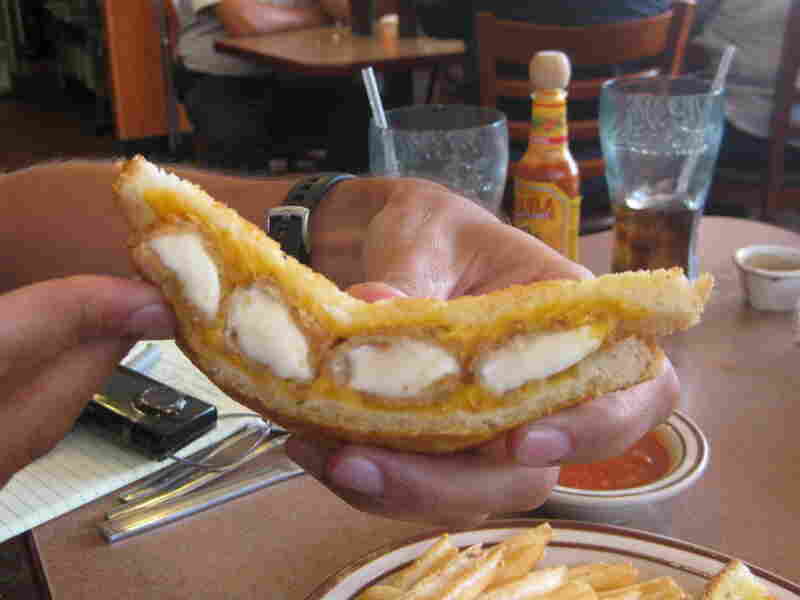 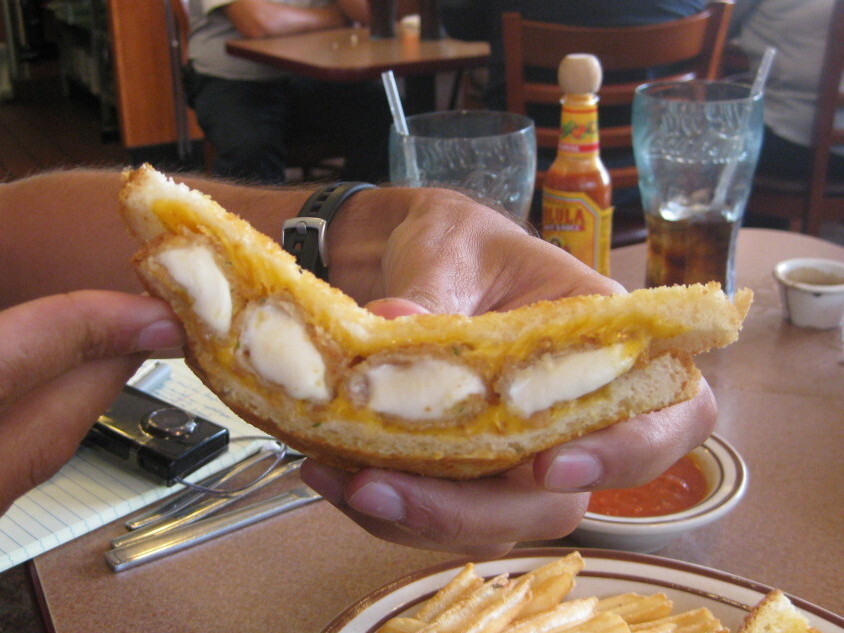 One of the reasons why Americans are still getting fat is that we eat too much. And it doesn't help that the nation's restaurant chains promote their oversized and fattening food items, while at the same time touting their new healthier menu options for kids.

The Center for Science in the Public Interest (CSPI) today announced its winners for their Fourth annual "Xtreme Eating Awards" at the National Press Club in Washington. But these aren't the awards restaurants want — they're offered for dishes with the highest calories, fat and sodium.

How does it taste? Crunchy and cheesy, say the funsters from Wait Wait, Don't Blog Me who tried the Denny's cheese bomb last summer.

But this sandwich, plus fries and marinara sauce, packs 1,260 calories—more than half the average person's recommended daily calorie limit—2,000 calories. Or as Bonnie Liebman, CSPI nutrition director put it, "It's like eating two Pizza Hut Personal Pan Pepperoni pizzas."

Another CSPI notable is the Cheesecake Factory Farmhouse Cheeseburger, which totals 1,530 calories, and that's just eating the burger sans fries.

Liebman says meals reaching up to 1,000 calories have become the norm. "Companies are competing with each other to wow more customers," she said. Borrowing from the current Applebee's slogan, "They're stacking, stuffing and topping, trying to outdo each other with more excess."

"Consumers choose to dine out for many occasions – whether it's a daily lunch outside the office, or a special birthday dinner with family. With this in mind, restaurants provide an array of menu options from more indulgent to better-for-you menu options," said Joy Dubost, NRA's director of nutrition and healthy living, in a statement e-mailed to Shots.

Meals like these will be subject to more explicit calorie labeling requirements next year, which may help people make better choices, says Jacobson. However, it will not solve the obesity epidemic. "It's not going to be a game changer, but it will help," he says.