Accessibility links
Cooling Centers: Where The Hot Go To Chill : Shots - Health News For people who need to escape the heat wave blanketing much of the U.S. this week, some cities are offering the public access to cooling centers. Scorching heat is a deadlier weather risk than freezing cold or even tornadoes.

Cooling Centers: Where The Hot Go To Chill

Cooling Centers: Where The Hot Go To Chill 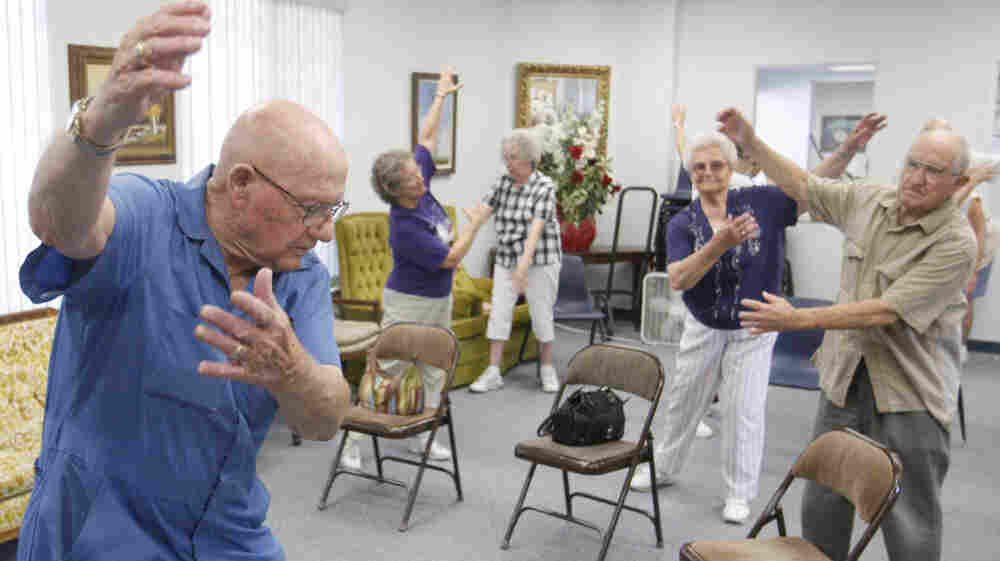 Volunteer John Kelley (left) leads an exercise class at a senior center in Oklahoma on Monday. Centers such as these offer seniors a cool place to go during heat waves. Sue Ogrocki/AP hide caption 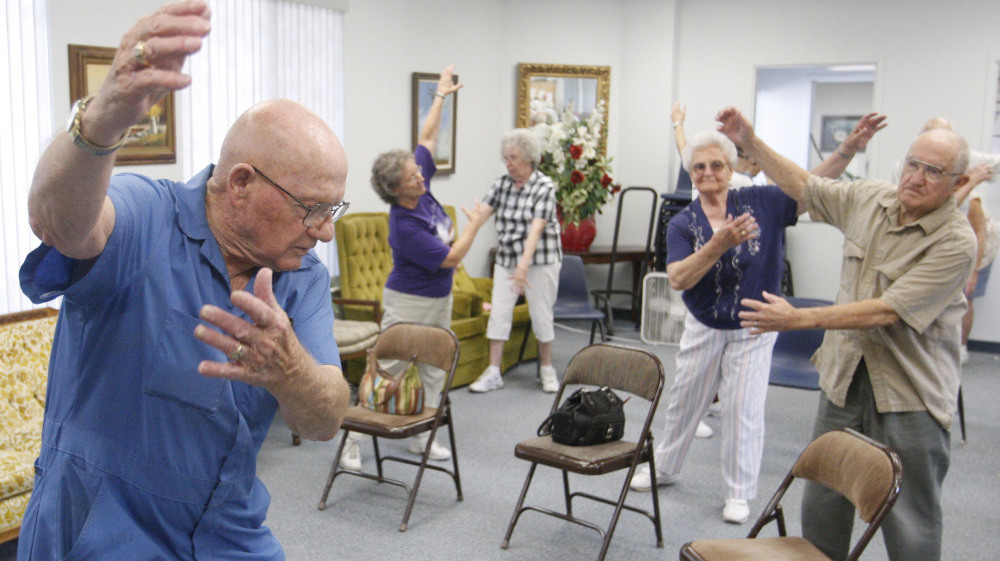 Volunteer John Kelley (left) leads an exercise class at a senior center in Oklahoma on Monday. Centers such as these offer seniors a cool place to go during heat waves.

Here in Washington, D.C., we're on heat watch — along with people in many other cities caught under a giant heat dome.

A heat wave (defined as several days of temperatures greater than 90 degrees Fahrenheit) is bearing down, and it's going to get a lot worse. The National Oceanic and Atmospheric Administration is predicting heat index values of up to 116 degrees later this week for Washington and and surrounding areas.

The lucky among us are holed up indoors with the air conditioning on high. But where do you go if you don't have AC? Many cities have designated official cooling centers, which is really just a fancy label for an air-conditioned library, rec center or similar public gathering place. Washington has more than 60 open this summer, with extended hours in the morning and evening.

Local and federal agencies seem to be doing more to promote these respites from the heat and educate people on how to avoid heat-related illness. Extreme heat is serious business, especially for northern cities, where people may not be as prepared. The 1995 Chicago heat wave, which killed around 750 people, was a stark reminder of the dangers of really hot weather. Heat is now the most deadly weather-related risk in the U.S., according to the Centers for Disease Control and Prevention. It's more hazardous than freezing cold or tornadoes.

Heat stroke and heat exhaustion are most dangerous for the elderly because the skin and other systems' ability to regulate body temperature declines with age. The young (under 4), the obese, and people on certain medications are also in the high-risk group.

But heat-related illness is still something of a medical mystery. "We don't know exactly how the elderly become so ill once their body temperature gets so high, but we know the outcome: They end up in the emergency room," Dr. Edward Schneider, emeritus dean of the Andrus Gerontology Center at the University of Southern California, tells Shots.

Air conditioning is the best defense against heat-related illness, Matthew Murphy, an epidemiologist with the CDC's National Center for Environmental Health, tells us. Fans alone may not do you much good once the temperature reaches the high 90s.

The most vulnerable people in a heat wave are the poor elderly who don't have air conditioning or transport, says Schneider. And who should be looking out for them? Schneider says city or county governments need to check on these seniors and make sure they're both aware and prepared for an incoming heat wave. A family member or buddy should help them get to a cooling center, if they can't get there themselves.

Unfortunately, climate trends portend more and worse heat waves to come. A study by researchers at the Environmental Protection Agency published earlier this year in the journal Environmental Science & Technology estimated that heat-related deaths could increase by 3,500 to 27,000 per year by mid-century.