Accessibility links
Modesty Upgrade Coming To Some Airport Scanners : Shots - Health News Over the next few months the Transportation Security Administration says it will retrofit 241 of its 488 airport scanners with software that's so unrevealing anybody, including passengers, can look at the pictures. 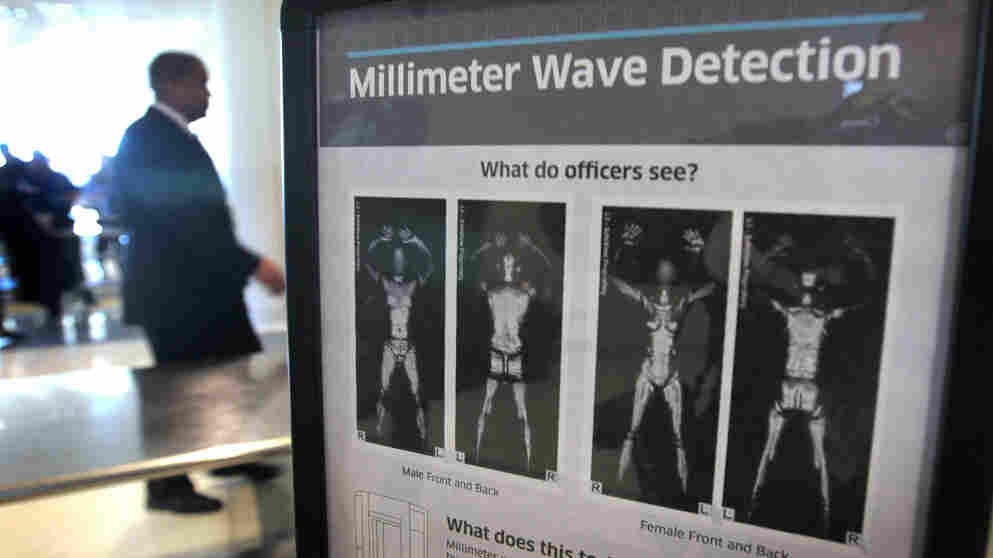 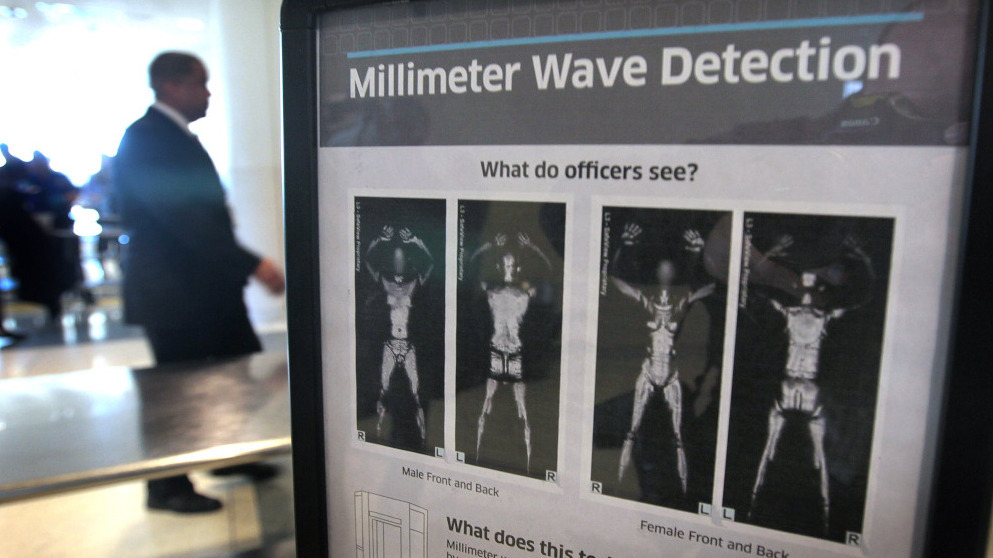 It may have seemed that the bureaucrats at the Transportation Security Administration turned a deaf ear to Americans who objected to the virtually naked images created by whole-body airport scanners. But it turns out, they heard.

Over the next few months TSA says it will retrofit 241 of its 488 airport scanners with software that's so unrevealing anybody, including passengers, can look at the pictures.

So it won't be necessary for a TSA agent in a mysterious "remote room" to look at the images and relay instructions to the earbuds of security-line personnel. That should speed up the line, TSA says.

In creating an image from the bounce-back of millimeter waves, the new software blanks out any personal characteristics of each passenger, replacing it with a generic gray humanoid cartoon.

If a passenger is hiding a weapon or a packet of plastic explosives (or in fact, anything) under his or her clothes, the new software denotes it as a small red box indicating where the friskers should concentrate their search.

If nothing is concealed, the laptop-type screen flashes a green OK, and the passenger can proceed to put himself and his possessions back together and proceed to the boarding gate.

TSA administration John Pistole says in a statement the new software will improve "the passenger experience" without compromising security. Presumably that means people won't need to feel squeamish as they stand in the scanner, hands raised and feet spread, at the thought that some anonymous TSA agent is seeing them in their altogether.

Work is underway on software for the 247 other airport scanners, which create images by bouncing x-rays off passengers. They also create virtually naked images the new software will turn into G-rated versions. That software will be tested in the fall.

Meanwhile, the TSA says it will roll out additional scanners this year, eventually doubling the current number.

Privacy and prurience aren't the only issues that have swirled around the X-ray scanners. Some prominent scientists have challenged the TSA on the safety of these machines.

While the machine's X-ray dose may not pose a hazard to any given individual, the critics have said, little is known about the public health implications of scanning hundreds of millions of travelers a year — especially since 1 in 5 people is thought to be especially sensitive to damage from ionizing radiation.

The TSA maintains a pass through its X-ray scanners is no more hazardous than two minutes at 30,000 feet.

But the critics contend, in an April letter to White House science advisor John Holdren, that independent safety tests are needed. One scientist, Peter Rez of the University of Arizona, alleges that the X-ray doses from the scanners are much higher than the TSA claims.

One radiation expert who thinks fears are overstated — Dr. Rebecca Smith-Bindman of the University of California at San Francisco — nonetheless agrees with the critics that the government should allow independent evaluation of the X-ray scanners.