Accessibility links
Vaccine Mistrust Spreads To The Developing World : Shots - Health News Researchers say that anti-vaccination groups have new levels of global reach and influence, thanks in part to the Internet and social networking. The researchers are hoping to detect vaccine fears early on with a new alert system, in hopes of preventing vaccine boycotts and other problems. 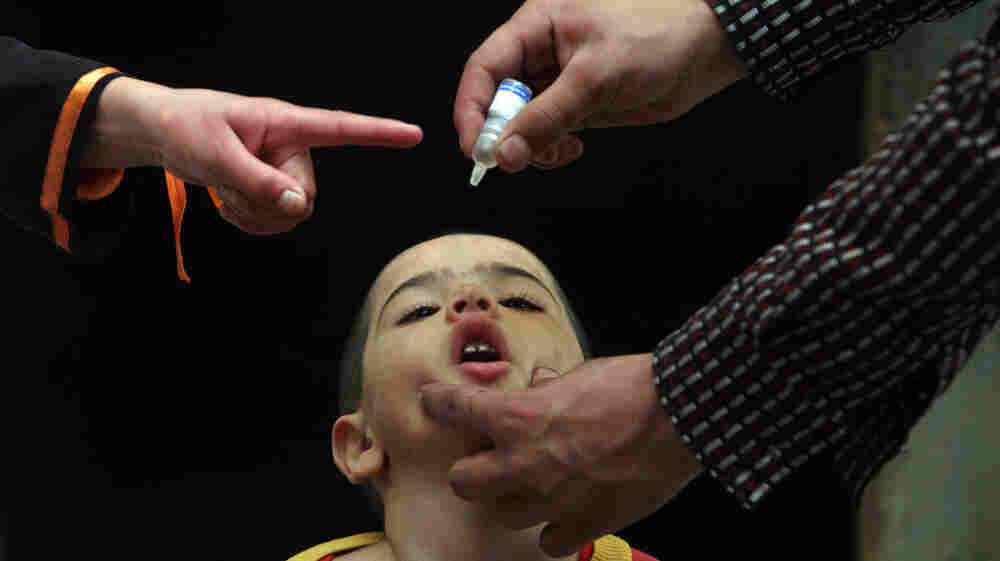 An Afghan health worker administers the polio vaccine to a child during a vaccination campaign in Kabul, Afghanistan, in 2010. Majid Saeedi/Getty Images hide caption 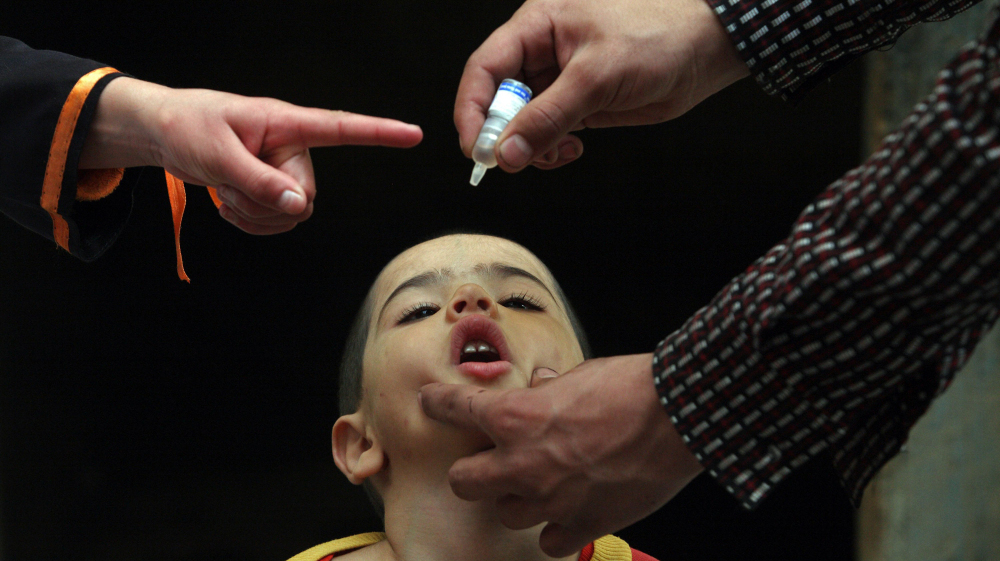 An Afghan health worker administers the polio vaccine to a child during a vaccination campaign in Kabul, Afghanistan, in 2010.

The public health community has gotten markedly better at distributing effective vaccines to the children who need them. But researchers are noticing an increase in mistrust of vaccines around the world, and they're concerned that unfounded suspicions could derail immunization programs essential to saving lives.

Anti-vaccine groups in the U.S. and Europe have for years questioned the safety of vaccines like measles-mumps-rubella, or MMR; one highly publicized claim — that the vaccine causes autism — has been debunked over and over. But according to Heidi Larson, a researcher and lecturer at the London School of Hygiene and Tropical Medicine, anti-vaccine groups exist in developing countries as well and are getting better networked and organized.

In a paper published online last month in The Lancet, Larson and her co-authors write that "current antivaccination groups have new levels of global reach and influence, empowered by the internet and social networking capacities allowing like minds to rapidly self-organise transnationally, whether for or against vaccines."

Fears and suspicions around vaccine safety have already contributed to a slight decline in vaccination rates in the U.S. And public health experts say recent whooping cough and measles outbreaks in several countries have been connected to people who refused the vaccines. In the Ukraine, a 2008 measles and rubella vaccination campaign was suspended due to public mistrust of the vaccine. The campaign, which was targeting 7.5 million people, ended up only reaching 116,000 people.

Vaccine distrust in the developing world can evolve out of cultural, religious, or sometimes economic or political reasons, says Larson. In the case of a polio vaccination boycott in northern Nigeria in 2003, "marginalised communities asserted their voice by refusing or challenging government-driven initiatives."

Whatever the reason for the distrust, Larson and her colleagues would like to learn about suspicions early on. They've developed an alert system for early detection of distrust, using reports from local media and "informants," including local health workers. The pilot initiative is in Kenya, a country that recently introduced the pneumococcal vaccine. "We are monitoring acceptance and looking for any issues that may come up," says Larson. If they hear anything, they'll let partners rolling out the vaccine know they need to do more to assure people they're trustworthy.

Larson says these days, the vaccine questioners and refusers are usually in clusters, which can threaten herd immunity from disease. "It would be better if scattered individuals were the questioners, because when they start clustering, it becomes a bigger problem," Larson tells Shots

Polio is one disease where mistrust of the vaccine could really set back progress towards eradication, Larson says. The CIA's attempt to collect DNA from bin Laden's family in Pakistan under the guise of a Hepatitis B vaccination drive didn't help, as Humanosphere blogger Tom Paulson has pointed out. Pakistan has the highest incidence of polio in the world, but suspicions around vaccination efforts have been rising.