Accessibility links
McDonald's Makes Happy Meals More Healthful : Shots - Health News McDonald's will begin rolling out new Happy Meals in September, downsizing the french fries and putting a fresh fruit or veggie in every box. As a result of the changes, the chain says it's cutting calories of its most popular Happy Meals by about 20 percent. 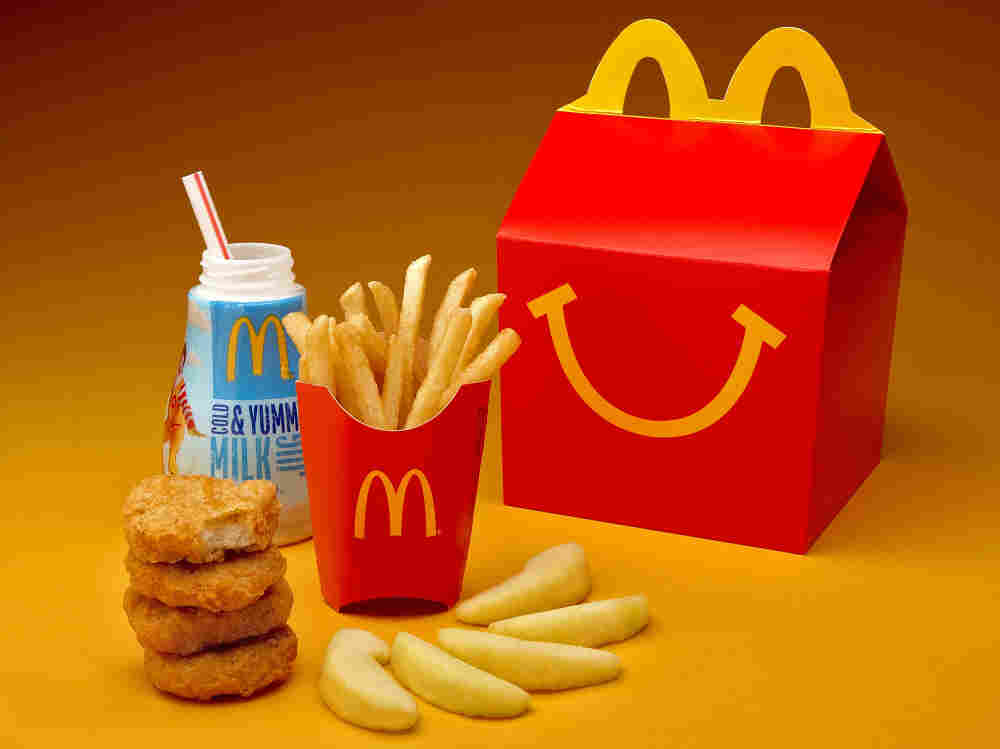 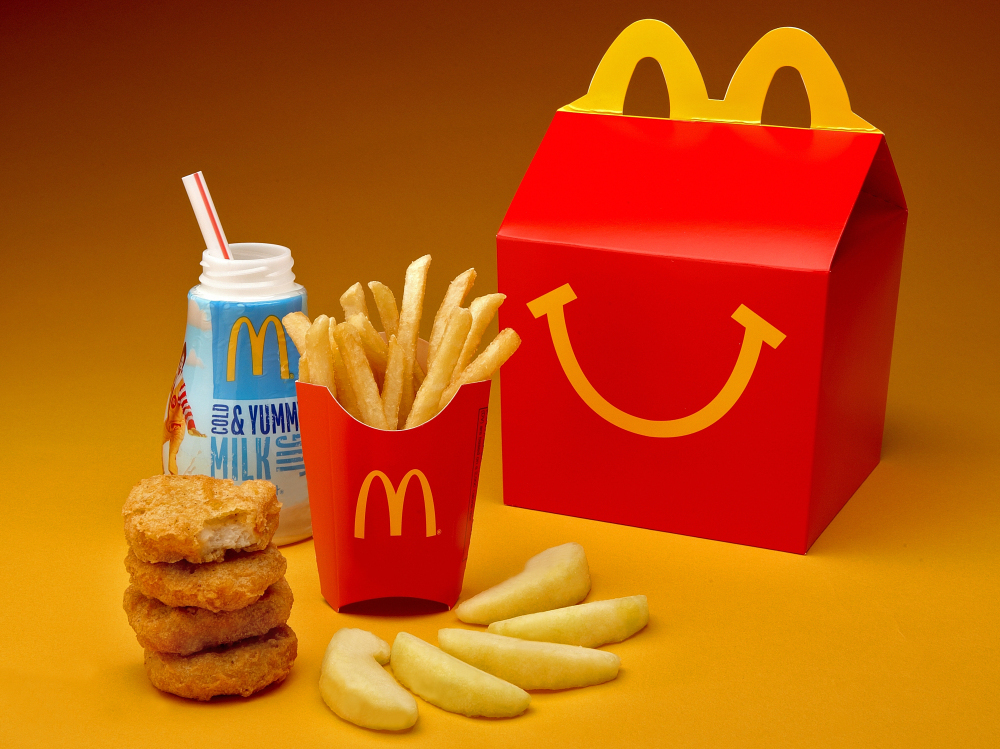 McDonald's cutting down on french fries and adding more healthful items, such as apple slices, to Happy Meals.

The Happy Meal is headed for a nutrition overhaul.

Bowing to pressure that its kids' meals haven't been healthful enough, McDonald's will downsize french fries and put a fresh fruit or veggie in every Happy Meal.

Apple slices have long been an option with the Happy Meal. But the problem has been that parents have to ask for them in lieu of french fries. That's about to change.

McDonald's says today it's changing Happy Meals by cutting the portion size of french fries by more than half — to 1.1 ounces from 2.4 ounces.

Kids still get the treat they're looking for, and they get the added benefit of something healthy. In addition to apples, McDonald's is considering lots of new choices, including "pineapple spears, raisins and carrot sticks," company vice president Ben Stringfellow told Shots.

So is McBroccoli just around the corner? Stringfellow didn't rule it out.

McDonald's will begin rolling out new Happy Meals in September and aims to have them in all 14,000 U.S. restaurants by the first quarter of next year. As a result of the changes, the chain says it's cutting calories of its most popular Happy Meals by about 20 percent.

So, why is McDonald's making all these changes now? "We're constantly listening to our customers — and what parents and other folks tell us," Stringfellow told us.

In making the announcement, McDonald's acknowledged that nutrition researchers and advocates have been critical of the company's practices and have pushed for changes. For instance, researchers at the Rudd Center at Yale University found that families who visit McDonalds were aware of healthful choices, such as apple slices, but chose them in only 11 percent of Happy Meal purchases.

The incremental changes are a step in the right direction, according to Eileen Kennedy of the Freidman School of Nutrition and Policy at Tufts. "We know very clearly from consumer reseach that consumers react better to positives rather than negatives," she said.

Separately, McDonald's also announced plan to reduce sodium by 15 percent across its national menu of food choices by 2015.

"We really need the industry to stand shoulder to shoulder on this one" says Kennedy. With dietary guidelines calling for sodium reduction, the fast-food industry is taking note.