Accessibility links
3-D And Headaches: Why 'Avatar' Made Me Sick : Shots - Health News Reports of people suffering nausea, dizziness, eye fatigue and other visual discomforts have grown alongside the use of 3-D technology. A new study exploring how viewing distance and screen size affect symptoms suggests that as mobile devices go 3-D, it could mean more headaches to come.

3-D And Headaches: Why 'Avatar' Made Me Sick

3-D And Headaches: Why 'Avatar' Made Me Sick 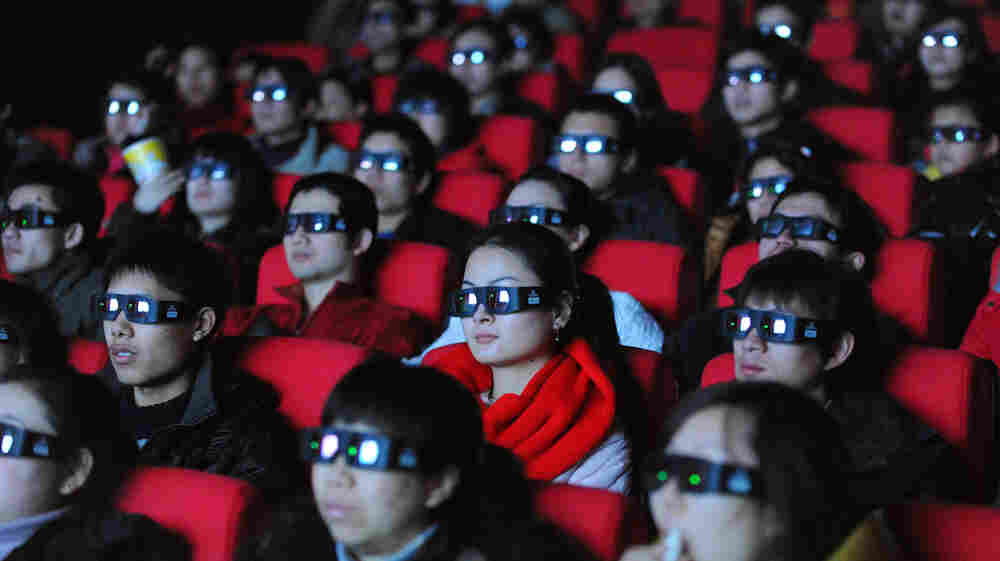 The 2009 movie Avatar may have been box office magic, but for me, it was a 3-D exercise in movie theater misery. I felt so nauseated through most of the 162-minute-long running time that I failed to appreciate the vaunted visuals other viewers praised.

I'm hardly alone. Reports of people suffering headaches, dizziness, eye fatigue and other visual discomforts from 3-D viewing have grown alongside the use of 3-D technology itself — from smartphones and desktop displays to hand-held gaming devices and films. Several studies have suggested one reason why: Our eyes get strained when they have to focus on the distance of the screen at the same time they're trying to gauge the depth of the 3-D content being viewed. This conflict is known as vergence-accommodation.

And as mobile devices go 3-D, it could mean more headaches to come. "The problems just get harder the smaller the device and the shorter the viewing distance," Martin Banks, an optometry professor and vision researcher at the University of California, Berkeley, tells Shots.

In a study published recently in the Journal of Vision, Banks and his colleagues explore how viewing distance affects discomfort. Turns out that the size of the viewing screen, the type of 3-D content shown, and the distance at which it is viewed all help determine just how uncomfortable a viewer gets.

The study sample was small: just 24 adults. The researchers found that when it came to viewing images at a short distance — such as on a mobile device or desktop display — the participants experienced greater discomfort when the 3-D content appeared to jump out of the screen and into their personal space.

The opposite was true when the study subjects looked at 3-D content at a greater distance, such as one would on a movie screen: In that case, viewers experienced more symptoms when looking at 3-D images that created the illusion of depth behind the screen.

The study only looked at young adults in their 20s and 30s, and the authors suggest that future research look at how a viewer's age comes into play. Last winter, concerns about the strain placed on young eyes prompted Nintendo to issue a warning that children under age 6 should not use its 3DS hand-held gaming console in 3-D mode.

Other research offers this glimmer of hope for those of us whose heads spin from 3-D viewing: getting older. Discomforts associated with 3-D viewing appear to diminish as we age. Why? "Because the ability of your lens and your eye to focus diminishes very constantly with age. By the time you hit your mid-40s, you really notice it," Banks says.

Banks's research was funded in part by Samsung. He says he hopes his work will lead to new guidelines for creating and displaying 3-D content. "I've talked to movie makers, TV manufacturers, etc.," he says, "and I must say that they are really quite aware of these issues, and they really do want to get it right."