Accessibility links
Nuns To McDonald's: What Are You Doing About Overweight Kids? : Shots - Health News The Sisters of St. Francis of Philadelphia want McDonald's to report to the world on what it's doing to address concerns about the health effects of fast food. The nuns are particularly concerned about children's health.

Nuns To McDonald's: What Are You Doing About Overweight Kids?

Nuns To McDonald's: What Are You Doing About Overweight Kids? 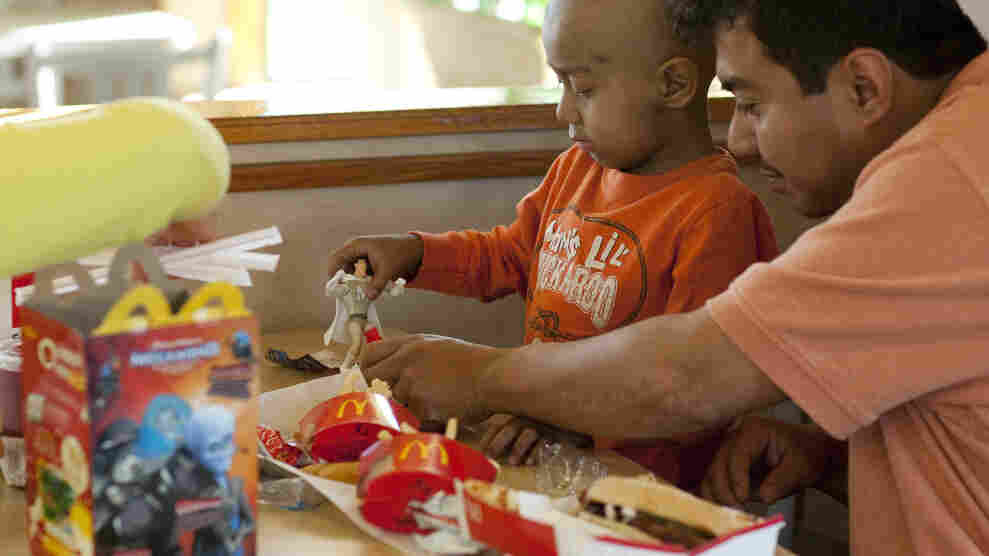 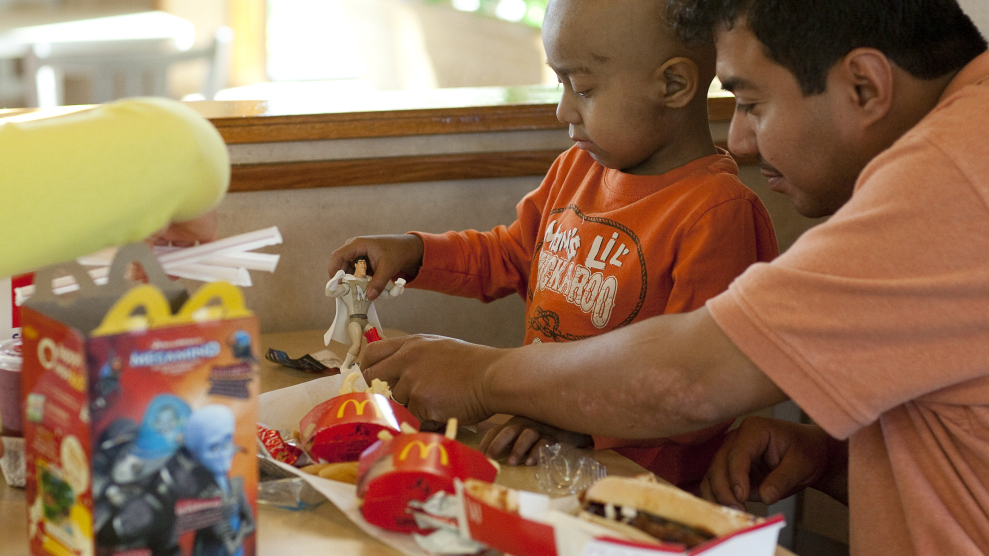 Five-year-old Andy Villatoro plays with a toy he received with a Happy Meal at a San Francisco McDonald's last year.

The Sisters of St. Francis of Philadelphia say McDonald's has some explaining to do.

They want the company to report to the world on what it's doing to address the public's concerns about the health effects of fast food. They are especially interested in how the fare affects kids. The nuns also want to know how these concerns and changes in public policy could affect the company's prospects.

The nuns, holders of more than $2,000 worth of McDonald's stock, have managed to get their question on the preliminary list of proposals that could come to a vote at the company's annual meeting this spring.

Michelle Leder, an old pal who runs footnoted.com, drew our attention to the proposal in this blog post. She points out that McDonald's hasn't yet responded with its view on the question, but Leder figures it's a good bet the fast-food chain will advise shareholders to vote against the proposal.

Indeed. The preliminary proxy statement has a placeholder reading, "Statement in Opposition to be inserted." McDonald's didn't immediately respond to an e-mail and phone call from Shots seeking comment.

What do the nuns want exactly? Here's the text of the question they want put to a vote:

RESOLVED: Shareholders ask the Board of Directors to issue a report, at reasonable expense and excluding proprietary information, within six months of the 2011 annual meeting, assessing the company's policy responses to public concerns regarding linkages of fast food to childhood obesity, diet-related diseases and other impacts on children's health. Such report should include an assessment of the potential impacts of public concerns and evolving public policy on the company's finances and operations.

The shareholder meeting is scheduled for May 19, at the The Hyatt Lodge, on the campus of the company's heaquarters in Oak Brook, Ill.