Accessibility links
Restaurants Often Miss The Mark On Calorie Counts : Shots - Health News Nearly 1 in 5 foods contained 100 or more calories than the restaurant stated, a new study finds. Researchers checking the calories counts found most were within 10 calories of the figures on the menu. 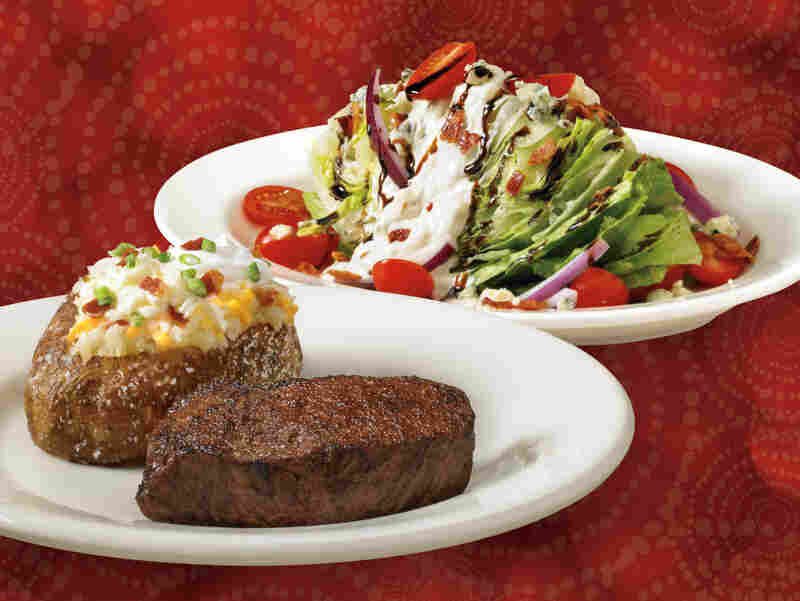 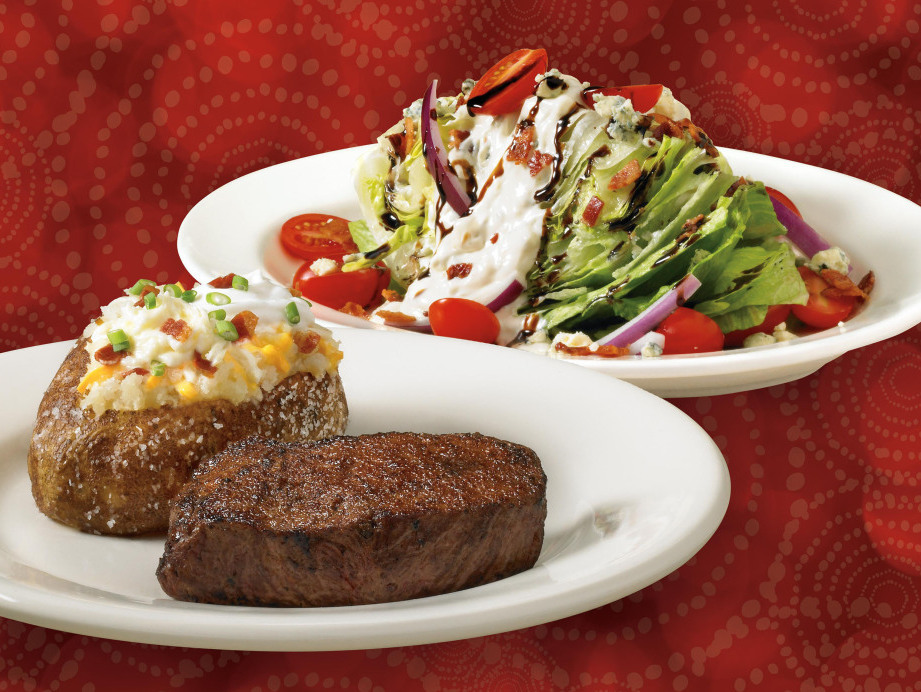 There, behind the sirloin steak and baked potato, is Outback Steakhouse's calorie-rich blue cheese wedge salad.

Shots has often wondered if restaurant menus are, in fact, accurate when it comes to calories. Could that pasta with scallops and shrimp really only be 650 calories? Is a slice of veggie pizza just 208 calories? And is the grilled salmon bowl with brown rice a more healthful choice?

Researchers at Tufts University in Boston were wondering the same things and set out to get some answers. To the skeptical among us, their results may seem surprising. Most of the counts they checked were off by just 10 calories.

They then packed up the food and sent it off to a laboratory for analysis. The measured nutrition content covered carbohydrate, protein, fat and calories. Their study results appear in the current issue of the Journal of the American Medical Association.

But when calorie counts were off, they could be way off. Nearly 1 in 5 of the foods contained 100 or more calories than stated. In some cases, the discrepancies were "huge," Tufts researcher Lorien Urban tells Shots. For example, a blue cheese wedge side salad at Outback Steakhouse was 659 calories richer than the menu noted. And a side order of chips and salsa at On The Border Mexican Grill and Cantina was too low by a whopping 1,081 calories.

Among the many provisions of the big federal law overhauling health care was a requirement that the Food and Drug Administration develop regulations for menu labeling at restaurant chains with 20 or more locations. The idea is that the info will help curb the obesity epidemic, which now affects one in three Americans.

But as Shots has reported, the counts may not affect consumer behavior much. And Urban worries that without clear guidelines for accuracy, the calorie labeling won't be useful at all.

Sit-down restaurants were more likely to have calorie discrepancies. "Fast foods have more automated portions, but at sit down restaurants, individual chefs have more control and can make portions smaller or larger," says Urban. Her analysis also found calorie discrepancies more common with supposedly low-calorie foods, like that salad mentioned above.

The National Restaurant Association tells Shots that it's trying to help its members get better at analysis. "There are different techniques to measure calories, and as more restaurants across the country gain experience in this relatively new area, the variance should narrow," it said in a statement.

For anyone watching calories, Urban suggests ordering all dressings and sauces on the side. And be careful with obvious culprits like desserts which, uniformly in this analysis, contained more calories than stated on the menu.