Accessibility links
Four Loko, 11 Young People And A Busy Emergency Room : Shots - Health News Emergency room doctors in New York report on 11 cases of young people who wound up in bad shape after drinking too much Four Loko. The beverage no longer contains caffeine, but the doctors worry the popularity of caffeine mixed with alcohol is here to stay. 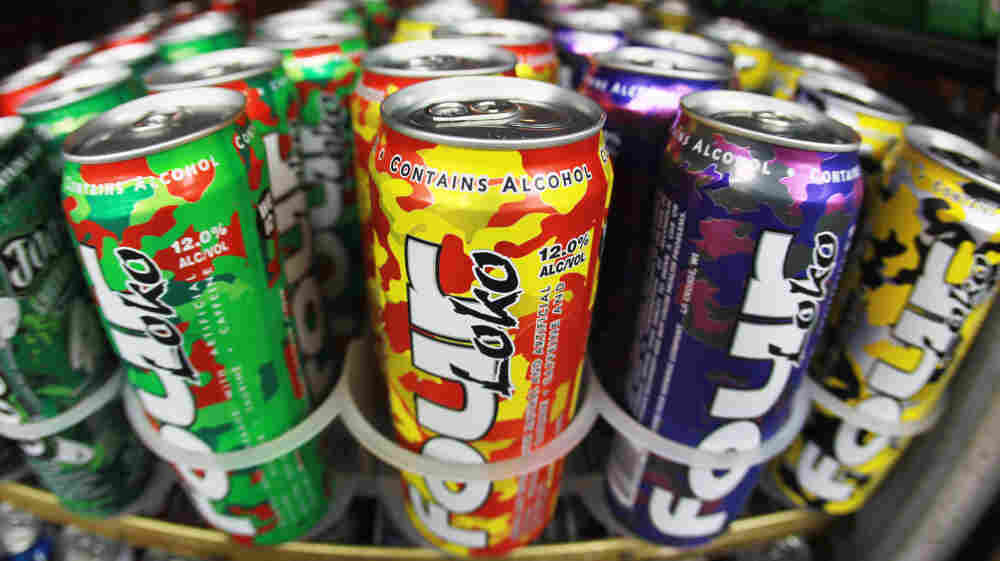 Cans of fruit-flavored Four Loko in the liquor department of a convenience store in Miami in 2010. Joe Raedle/Getty Images hide caption 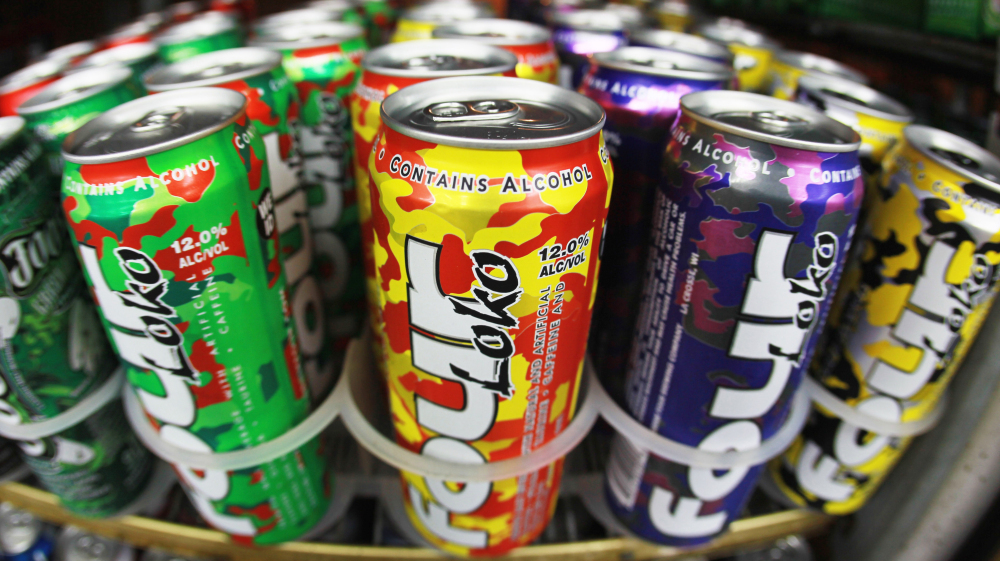 Cans of fruit-flavored Four Loko in the liquor department of a convenience store in Miami in 2010.

Here at Shots, we've been watching the uproar over the alcoholic energy drink Four Loko ever since college kids last year reportedly started ending up in hospitals after drinking too much of the stuff.

We weren't the only ones. A team of emergency room docs in New York provides some more data on how the faddish beverage led to some pretty messed up kids. Their findings were just published online today by the Annals of Emergency Medicine.

The report describes 11 cases of young people who wound up at Bellevue Hospital Center during a four-month period in 2010 after drinking Four Loko. The median age of these kids was 16.4 years, and nearly all of them were under 21.

New York University pediatrician Deborah Levine, the study's lead author, says that once the marketing campaign for the fruit-flavored canned drink got rolling in 2010, she and her colleagues began to see young people in the ER in a highly intoxicated state. "Several of these cases stood out: one kid was found on the subway tracks, another was unconscious at school," Levine tells Shots. "These were exceptions to the typical Friday night teenage intoxication. These were more extreme and hazardous circumstances."

The original Four Loko contained 12 percent alcohol (malt liquor) and 156 milligrams of caffeine. That's the equivalent of about four beers and two Red Bulls. It was cheap, too. One can costs less than $4 at most bodegas in New York, according to the study authors.

Back in November, Phusion Projects, maker of Four Loko, said it would eliminate caffeine, guarana and taurine from the formula. It was an apparent pre-emptive strike as the Food and Drug Administration prepared to take regulatory action against makers of drinks that blend booze and stimulants.

But even if the reformulated Four Loko isn't as potent as it once was, the study authors believe that its marketing has had a lasting effect. The drink helped popularize the idea of combining caffeine and alcohol, which has since taken off, especially among teenagers and college students. Other products that combine alcohol and caffeine remain on the market, the doctors said. It seems it's hard to go light with the combo, which is increasingly associated with injuries and ER visits.

As Shots has reported, cognitive psychologists have found that tipplers of caffeine-laden energy drinks mixed with alcohol may have a tougher time knowing when to stop than those who imbibe booze alone.

Kelly Cleary, another doctor at Bellevue Hospital Center and Levine's co-author, says that the "wide-awake drunk" effect of combining caffeine and alcohol is especially problematic for teens who are novice drinkers. "It's possible that these kids we saw drank much more than they would have if it wasn't caffeinated," Cleary says.

We also wondered how these minors were getting their hands on the drink. Cleary and Levine say Four Loko's bright colors and design make it look a lot like non-alcoholic energy drinks and ice teas. "The person behind the register might not be familiar with the ingredients and think it's just an energy drink," says Levine.

Update Wednesday 2:00 PM: After we published this post, we received an email from Phusion Projects, the makers of Four Loko. In response to the study, the company said, "No one is more upset than we are when our products are abused or used illegally." And though Four Loko drinks no longer contain caffeine, "Phusion still believes, as do many people throughout the country, that the combination of alcohol and caffeine is safe," the company said.